How I learnt to stop worrying and love Big Tech
If Alphabet’s valuation is a bubble, the word has lost all meaning, says Miles Johnson
Lots of people are worrying about Big Tech. The so-called FAAMG stocks (Facebook, Apple, Amazon, Microsoft and Google) have surged in value this year, prompting bank analysts and financial commentators to ominously invoke warnings from the last dotcom bubble. With seemingly millions of pixels devoted to the subject in recent weeks, it is worth re-examining some of the more questionable arguments that fast appear to be becoming consensus.

I won’t post the whole article, its the sentiment that matters not the logic the author is using. The economist also recently published this cover which illustrates great optimism toward tech. Don’t believe me? Read this post from late 2016 and look at a current chart of the dollar to see where it is now.
I think the Nasdaq has probably passed its peak. But who knows maybe it’ll stretch a bit higher. Keep an eye on it here.
www.wsj.com/articles/market-volatility-has-vanished-around-the-world-1497860894

Market Volatility Has Vanished Around the World As Wall Street’s ‘fear gauge’ nears all-time lows, one commonly used measure shows Asian equities near their least volatile this century
The calm that has descended on U.S. financial markets is stretching around the world.
Based on one commonly used measure, Asian equities are near their least volatile this century—a byproduct of improving corporate earnings, stabilizing economic growth and the diminishing impact of geopolitical events on markets.
In the U.S., Wall Street’s “fear gauge” is near all-time lows, and in Europe, volatility has also largely subsided.
“This is a global dynamic,” said Michael Parker, head of strategy, Asia-Pacific at Bernstein Research in Hong Kong. “You see low volatility everywhere.”
By contrast, sharp gyrations in Chinese markets early last year caused a spike in volatility around the globe.
In Asia, Mr. Parker cites the MSCI Asia ex-Japan stock index, a broad measure of regional performance—weighted most heavily to China, South Korea, Taiwan, Hong Kong and India—that has risen 19% this year. The index’s 90-day realized volatility, a measure of historical moves over that period, has fallen to 8.2%, near its lowest since at least 2000, according to Mr. Parker, and down by nearly half from a year ago. Only in summer 2014 was this volatility gauge lower.
Realized volatility is a measure of how much share prices move around. At this percentage, it shows that the market has moved by about 0.5% a day on average over the measured time frame.
Another sign of calm is the lack of major daily declines: Since January 2016, the index has fallen more than 3% in one day just once. By comparison, in the prior two bull markets—September 2001-October 2007 and March 2009-May 2011—there were 3% daily declines on average every two to three months.
Mr. Parker reckons that investors haven’t had to contend with as many “binary events,” such as China’s surprise devaluation of August 2015, which sent shock waves through global markets. Signs of healthier consumer demand and strengthening industrial profits regionally have helped bolster equities. “Broad fears around China imploding and capital fleeing have abated,” he said.
Global index provider MSCI is expected to decide this week whether to include China’s domestically traded A-shares in its indexes. In prior years, MSCI said mainland stocks weren’t accessible or transparent enough to warrant inclusion. A different decision this time would increase the China exposure of the many global investors who invest based on MSCI indexes.
Low volatility has swept across asset classes globally. In the U.S., the CBOE Volatility Index, or VIX, closed Friday at 10.38, near its lowest level since 1993. The VSTOXX index of eurozone equity volatility, a European variation of the VIX, was also near a record low.
For now, few see any reason for the low volatility to end.
Investors will likely continue to watch China closely, analysts at Goldman Sachs said in a note last week. Policy makers there have recently been trying to tamp down leverage in the country’s financial system, and any “over-tightening…could exacerbate the mild growth slowdown so far,” Goldman said.
As for U.S. prospects, the Federal Reserve’s failure to raise rates as fast as it earlier forecast has made investors skeptical about the pace of increases it forecasts now. That could leave markets open to “hawkish surprises” later this year if U.S. growth doesn’t disappoint, Goldman said.

In the same vain as the article above, expect extreme volatility in the not to distant future. There are massive shorts against vol indexes right now.
And as a bonus, if you have any doubt about how complacent the markets are today.
www.zerohedge.com/news/2017-06-19/argentina-unexpectedly-announces-sale-100-year-bonds
If market cycle was a horror flick, this is the scene where everyone smokes dope and makes fun of their dead friend as they get the Ouija board 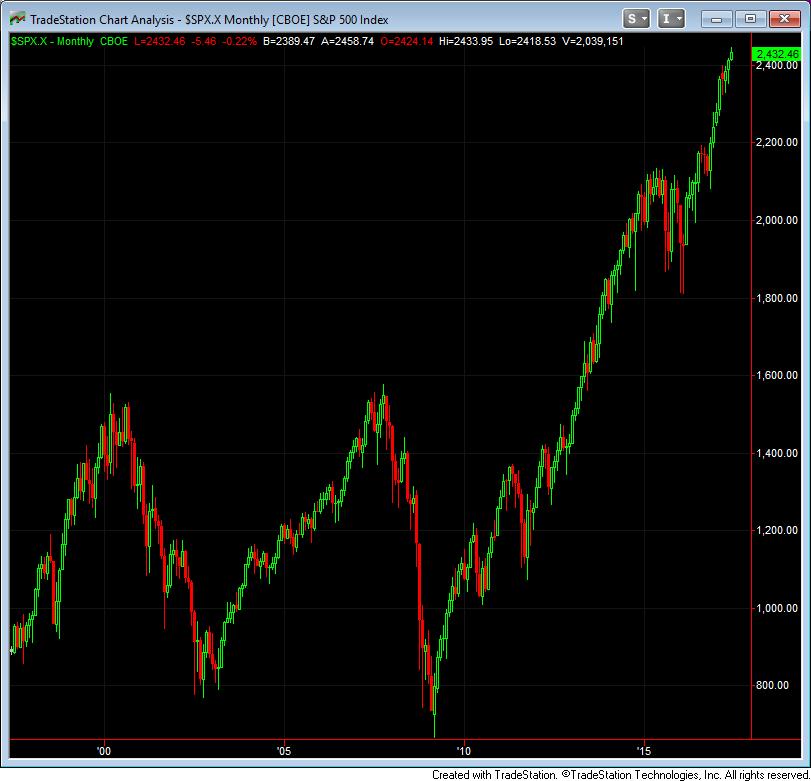 2 thoughts on “The Stock Market Is Building To The Most Extreme Top In History, Massive Shorts Against Vol Indexes Right Now, Extreme Volatility In The Not To Distant Future”