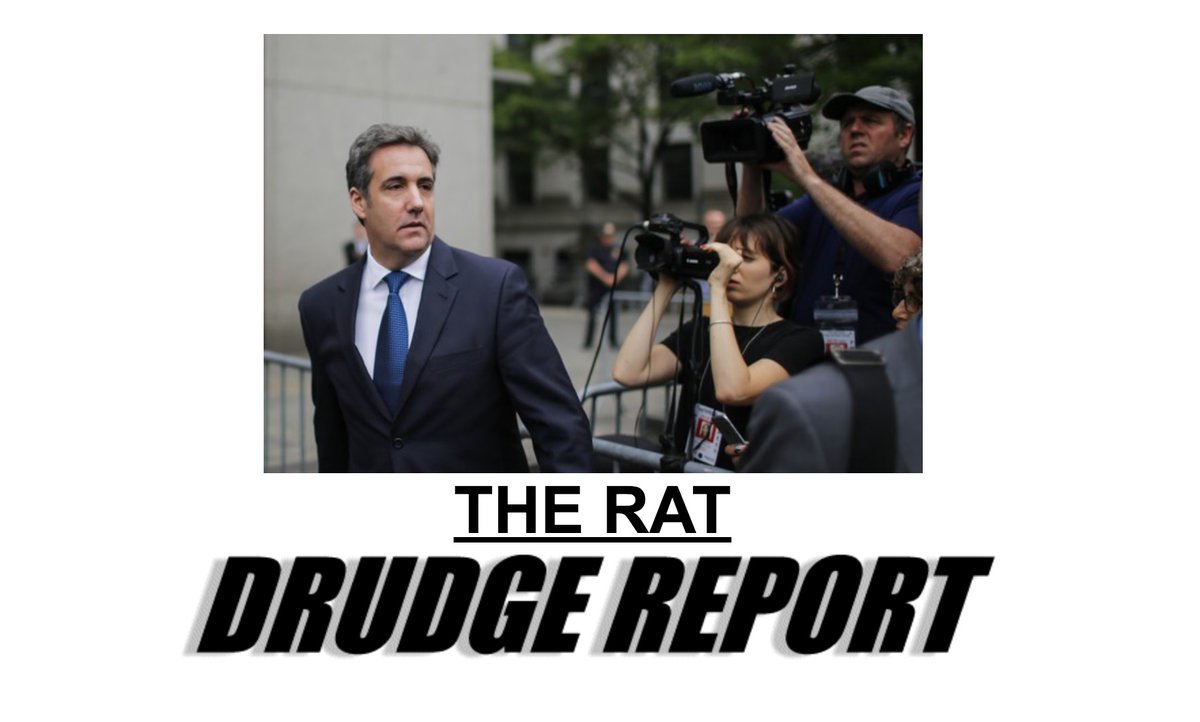 As you may already know, Michael Cohen just ruined his career and proved to be a real shyster lawyer after releasing an unethical recording of a private  conversation with Trump (then his client), to CNN of all places. Trump’s response was predictable and very common sense:

What kind of a lawyer would tape a client? So sad! Is this a first, never heard of it before? Why was the tape so abruptly terminated (cut) while I was presumably saying positive things? I hear there are other clients and many reporters that are taped – can this be so? Too bad!

Yes indeed, what kind of lawyer would do such a thing? Specifically, I wonder…

The tape released by Cohen to CNN was about a conversation from 2016 with then-candidate Trump, regarding a possible hush-money payment to Stormy Daniels, a porn-star who allegedly had a one-time (consensual) affair with the Donald back in 2006.  Here’s the tape:

Full audio: Presidential candidate Trump is heard on tape discussing with his attorney Michael Cohen how they would buy the rights to a Playboy model's story about an alleged affair Trump had with her years earlier, according to the audio recording "t.co/YmC0QuDqTx pic.twitter.com/fBbq7r1Lq9

I don’ t know if you have the patience to listen to everything. Here’s my take anyway, the “TLDR” version:

(1) As I understand it, the tape indicates that Trump was only learning about the financial transaction during the phone call — so that’s not “advanced knowledge.”

(3) Just because it happened during the campaign doesn’t mean it’s related to the campaign. It’s the sort of thing that wealthy people do all the time, if paying someone is more convenient than not paying them. Trump would have made the payment even if he weren’t running for president , but the extortionists waited until he was running for president because that made their stories more valuable to them.

(4) If the FBI were honest, they’d be investigating the “mysterious” circumstances under which women were suddenly showing up to demand money for their stories while Trump was running for president. Why didn’t they peddle their stories before Trump ran for president? If the FBI decided to kick down a few Democrat doors, they could probably discover documents that would connect the demands for money to the DNC  and probably the Clintons.

(5) Who cares what Trump does in his private life, especially when it happened ten years  before he was elected? Answer: only the Trump-derangement-syndrome haters care, because their desperation makes their self-serving hypocrisy clear after arguing for 20 years that President Clinton’s sex life was a private matter.

(6) This isn’t much different than the Russian collusion fiction, i.e. lots of innuendo and hyped up publicity by the democrat media built on almost no substance at all ; just Democrat hate and smear.

Moreover, the most interesting part of the whole story is the fact that Cohen hired Lanny Davis, a career Clinton ‘fixer & hack’, to be his lawyer. That tells me all I want to know about Cohen. There are many ethical lawyers in NYC or Washington. Lanny is definitely NOT one of those. So, a rat lawyer  hires another rat shyster lawyer to do his dirty work. Ethical lawyers would NOT be doing what Lanny is now doing for Cohen, i.e. lying.

By the way, Rudy Giuliani has said something about the payment not having been made after all.

I don’t know how Trump could be open to a campaign finance violation for a payment that was never made. He didn’t pay McDougal and he didn’t reimburse Pecker. AMI covered themselves by writing up a contract with McDougal in which she was promised future benefits. The lawsuit McDougal filed against them over nondisclosure — after Trump won and she realized there was more money to be made — has been settled. The agreement stipulates that McDougal must kick back to AMI $75,000 of any future earnings from marketing her story. McDougal isn’t any less scummy than Stormy.

Bottom line: there’s nothing on the “tape”, i.e. this is yet another CNN flop, i.r. “Drumpf is finished”, you know the pathology. By the way, you should know that Trump waived his attorney-client privilege in order for Cohen to be able to reveal the tape to CNN. Which shows he knew there was nothing on it. Which may indicate some weird 4D chess move, or something along these lines.

Anyway, Michael Cohen deserves to be disbarred and sentenced to clean the slop at hog farms for what he did to the POTUS.

I would like folks to step back and look at the bigger picture.  Trump is getting hammered for things he did or was alleged to have done long before he ran for office.  He has faced unending inquiries and demands that he reveal the smallest of details of both this personal and financial life.  In addition to him, personally, the inquisition has targeted members of his family and his friends.

The demands for disclosure and subsequent revelation through media feeding frenzy is not limited to Presidential candidates.  The same kind of frenzied inquisition has been directed at political office seekers at all levels.  The dirt turned up is seldom useful or indicative of potential, but it is impactful.

How many great potential public servants have chosen not to serve, simply because the inquisition is too distastefully onerous to be worth the hassle? A great many, would guess and our political system  and government is poorer for it.

And most importantly: why does this matter?  Why is this even a story?

Simple: only to distract from a very crooked and criminal Obama administration and Hillary Clinton.  All of Obama’s cabinet and his crony associates, along with Clinton and Sid Blumenthal, Fusion GPS, the Ohr’s and Comey, Clapper, Rice, Brennan, the list goes on and on. Obama spied on a Presidential nominee and President.  And they are still trying to take him down. Now, THAT is the real story: Banana Republic a la the Clinton’s and Obama and their goons.