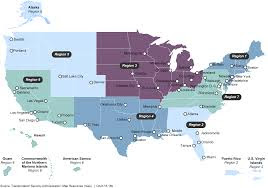 The GAO wants to send TSA Surface Inspectors to quantifiable targets all over the country.

Are you wondering who or what those “quantifiable targets” are? Prepare yourself. It isn’t pretty.

The GAO report reveals that TSA inspectors are no longer constrained to our airports.

“TSA’s domain included nearly 140,000 miles of railroad track, over 2.5 million miles of pipeline, and 4 million miles of roads. We also reported that there were 10 billion annual passenger trips on mass transit systems, including 24 million students on school buses each day.”

The eCFR Register title 49 warns that TSA Surface Inspectors have the authority to inspect anything they want without warning.

“The persons described in paragraph (a) of this section must allow TSA and other authorized DHS officials, at any time and in a reasonable manner, without advance notice, to enter, inspect, and test property, facilities, equipment, and operations; and to view, inspect, and copy records, as necessary to carry out TSA’s security-related statutory or regulatory authorities, including its authority to – enter, without advance notice, and be present within any area or within any conveyance without access media or identification media issued or approved by a railroad carrier, rail transit system owner or operator, rail hazardous materials shipper, or rail hazardous materials receiver in order to inspect or test compliance, or perform other such duties as TSA may direct.”

Have you ever taken pictures while using public transit, or complained about its reliability? Have you ever questioned transit police or the CBP for asking for people’s ID’s on public transit?  TSA’s Surface Inspectors could put your name on the No-Fly list for any number of suspicious activities.

“PARIS data also are used in air traveler security screening decisions through the creation and management of a list of individuals who are disqualified from eligibility to participate in the TSA Pre√  program for expedited screening (the TSA Pre√ Disqualification Protocol List).”

According to the TSA, PARIS collects and maintains information on members of the public involved in (as subjects or witnesses) security incidents at airports or other transportation facilities, as well as individuals involved in regulatory inspections at such facilities.

There really is no justification for the TSA or DHS to be collecting the names of people using mass transportation.

Who needs social credit scores when the TSA has by hook or by crook essentially created their own version of one under our very noses. The TSA Pre√ program determines if any American can fly domestically or leave the country for any reason.