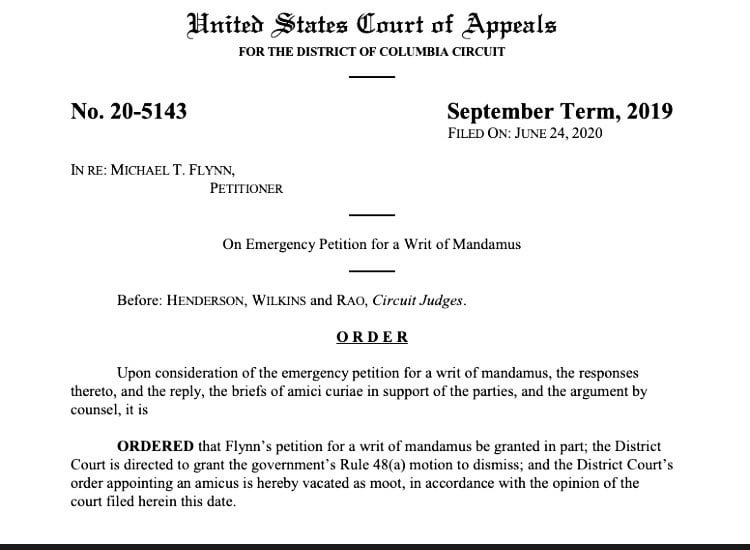 The three-judge panel’s 2-1 ruling — authored by Judge RAO — focused heavily on the “presumption of regularity” that attaches to DOJ actions, and notes that the new evidence submitted by DOJ, which led to move to dismiss charges, should be treated as good-faith.

Who knows where the bodies are buried?

We protect our Patriots.

“Strzok’s notes…reveal that former President Obama, James Comey, Sally Yates, Joe Biden, and apparently Susan Rice discussed the transcripts of Flynn’s calls and how to proceed against him.”

“According to Strzok’s notes, it appears that Vice President Biden personally raised the idea of the Logan Act. That became an admitted pretext to investigate General Flynn.”

NOTHING CAN STOP WHAT IS COMING