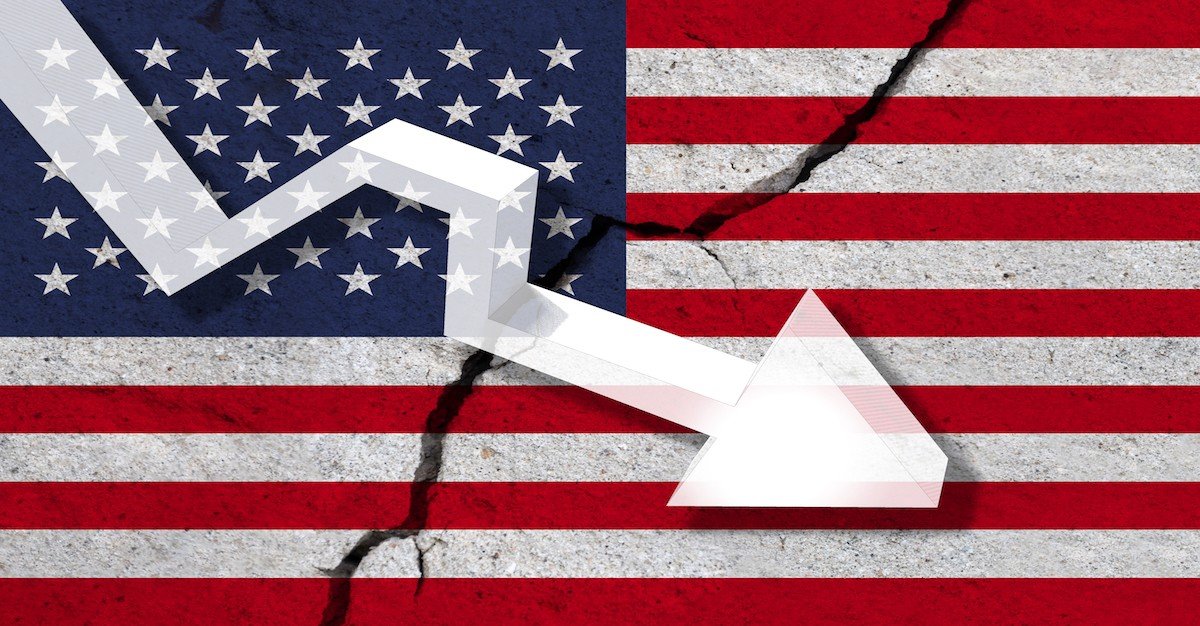 Last month the US government’s National Vital Statistics System released data showing that the birth rate in the Land of the Free has dropped to -yet another- ALL TIME LOW.

It’s the FOURTH year in a row that the fertility rate has reached a record low in the US, meaning that the issue just keeps getting worse.

And it’s one that has enormous, long-term economic consequences.

If people are having fewer babies today, it means that, in the future, there will be fewer workers in the system paying taxes.

And the biggest loser in that scenario, by far, is Social Security.

The entire long-term viability of Social Security depends on having enough workers paying taxes to support the retirees who are currently receiving benefits.

They call this the worker-to-retiree ratio, and Social Security monitors this very closely.

Social Security’s administrators project that they need a worker-to-retiree ratio of at least 2.8 in order to keep the system functioning. If the ratio drops below 2.8, there simply won’t be enough workers paying taxes to support the monthly benefits for current retirees.

If you have 1 retiree today, that means there should be at least 2.8 people paying in to the system.

It’s easy to see how this can get totally out of control within just a few generations.

This brings us back to the central problem: birth rate.

Back in the 1960s, the average woman would have nearly 4.0 children in her lifetime.

But this rate has been steadily declining for decades. By 2007 it had fallen to 2.12. And it has fallen every year since then, now down to 1.73.

A fertility rate of 1.73 is below what demographers consider the ‘population replacement level,’ meaning that there are more deaths than births.

More importantly, this long-term decline in the fertility rate has had a slow, damaging effect on the worker-to-retiree ratio.

Back in 1960 there were 5.1 workers for every retiree according to Social Security’s own data. Baby boomers were just starting to join the work force and there weren’t too many people collecting Social Security benefits yet.

By 1990 the ratio had fallen to 3.4 workers for every retiree. That was a lot lower than in 1960, but still sufficient to keep Social Security running.

By 2012, the ratio had already fallen to the minimum 2.8. And given that the US fertility rate continues to decline, the worker-to-retiree ratio is also going to keep falling.

Baby boomers are retiring by the tens of thousands. People are living longer than ever. And there are fewer people being born to pay taxes into the system in the future.

Social Security knows that the fertility rate is critical to its program, and the statistic factors heavily into their long-term projections.

According to its most recent annual report, Social Security’s ‘intermediate’ scenario (i.e. its conservative, base-case projection) assumes a fertility rate of 2.0.

Now, you might be thinking that immigration should pick up the slack. As foreigners move to the US, they’ll join the work force and pay taxes into the system, improving the worker-to-retiree ratio.That’s true in theory. But you may be surprised to learn that the US “net migration rate” has also been falling for decades.

After peaking around 2000, net migration rate in the US has fallen by more than half.

And the Census Bureau announced in late December that just 595,000 net migrants moved to the US in 2019; that’s the fewest net migrants of the entire decade, and a continuation of this trend of declining migrants.

This is another huge problem for Social Security; the program’s base-case scenario assumes that net migration in the US will be nearly 1.3 million people each year.

Yet the average net migration over the past decade was just 840,000… and the rate continues to decline.

You can see the problem here: many of Social Security’s most critical assumptions are totally off-base.

And with some of the most critical assumptions so off-base, it’s difficult to see how they’re going to meet their projections.

Oh, remember that Social Security’s base-case projection is that its primary trust funds will run out of money in 2035… and that the program will be underfunded by trillions of dollars.

Yet even this dismal forecast is based on highly flawed assumptions… so the reality may be even worse.

This is a global problem, by the way.

Japan and Europe are in the same boat with their fertility rates, and populations in many developed nations are declining. The median age in Japan is nearly 50, and the country sells more adult diapers than baby diapers.

In Italy, deaths exceeded births in 2019 by a whopping 212,000… the biggest figure since World War I ravaged the continent. Even the global average fertility rate has fallen by half since 1960.

These are all critical challenges for pension and social security funds.

I’ve said it before: there is no magic wand to fix this. No politician can sprinkle pixie dust on their pension programs and miraculously make them solvent again. It’s simple arithmetic.

But if you rely on yourself, you can solve this problem with a bit of discipline and planning.