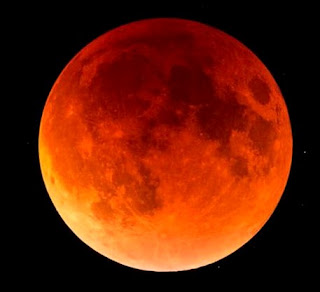 “Ultimately, the same financial architecture that surrounded the housing mortgage crisis (almost certainly including ‘naked’ credit default swaps) has been replicated in the three key areas where debt is growing at a troubling rate: defaults in student loans, auto loans, and credit card debt…

Thus, as the tenth anniversary of the Lehman failure approaches, there is an understanding among many market regulators and swaps trading experts that large portions of the swaps market have moved from U.S. bank holding company swaps dealers to their newly deguaranteed foreign affiliates.  [‘off balance sheet’ part deux]

But, what has not moved abroad is the very real obligation of the lender of last resort to rescue these U.S. swaps dealer bank holding companies if they fail because of poorly regulated swaps in their deguaranteed foreign subsidiaries, i.e., the U.S. taxpayer.

While relief is unlikely to be forthcoming from either the Trump Administration or a Republican-controlled Congress, some other means will have to be found to avert another multitrillion dollar bank bailout and/or financial calamity caused by poorly regulated swaps on the books of big U.S. banks…

By their own design, large U.S. bank holding company swaps [derivatives] dealers and their representatives have crafted their own massive loopholes from Dodd-Frank swaps regulations, which they can exercise at their own will.

By arranging, negotiating and executing swaps in the U.S. with U.S. personnel and then ‘assigning’ them to their ‘foreign’ newly ‘deguaranteed’ subsidiaries, these swaps dealers have the best of both worlds: swaps execution in the U.S. under the parent bank holding companies’ direct control, but the ability to move the swaps abroad out from under Dodd-Frank.

As history has demonstrated all too well, unregulated swaps dealing almost always ultimately leads to extreme economic suffering and then too often to systemic breaks in the world economy, thereby putting U.S. taxpayers, who suffer all the economic distress that recessions bring, in the position of once again being the lender of last resort to these huge U.S. institutions.

The Obama CFTC tried to put an end to these loopholes through a proposed rule and interpretations in October 2016.  However, those efforts were never finalized
before Donald Trump assumed the Presidency.  There will almost certainly be no relief from these dysfunctions from the Trump Administration or Congress.

However, state attorneys general and various state financial regulators have the statutory legal tools to enjoin these loopholes and save the world’s economy and U.S. taxpayers from once again suffering a massive bailout burden and an economic Armageddon.”

“‘We didn’t truly know the dangers of the market, because it was a dark market,’ says Brooksley Born, the head of an obscure federal regulatory agency — the Commodity Futures Trading Commission [CFTC] — who not only warned of the potential for economic meltdown in the late 1990s, but also tried to convince the country’s key economic powerbrokers to take actions that could have helped avert the crisis. ‘They were totally opposed to it,’ Born says. ‘That puzzled me. What was it that was in this market that had to be hidden?’…

‘It’ll happen again if we don’t take the appropriate steps,’ Born warns. ‘There will be significant financial downturns and disasters attributed to this regulatory gap over and over until we learn from experience.'”

While the mainstream media says ‘Russia, Russia, Russia’ and the Administration says ‘Immigrants, Trade, and Deregulate’ the Banks may be setting up the US taxpayer for another taste of Financial Armageddon and a multi-trillion dollar bailout under duress.

As Trumpolini says, the US Taxpayer is ‘the piggy bank’ that is going to be robbed.  But it may not be at the hands of foreign mercantilists, but by domestic predators, wrapping themselves in the Constitution and the flag.

But maybe, just maybe, the Fed and the regulators are conveniently asleep at the switch, again.  And we are going to be forced to go through that whole, horrible episode of hidden leverage and multi-tiered frauds for the great benefit of a very few and their enablers in the professions and the government again.

Do they really know?  Are the people charged with protecting the public sure?  Will we even care until its too late?  Is all this fear-mongering hoopla about external threats just another misdirection, a distraction from the real crisis unfolding?  Is Trump, and his trade policy, being set up as a patsy for the next crash?

I would say that the probabilities are unacceptably high that another black swan may be coming home to roost.  And that the beneficiaries of this rotten system will do nothing to stop it, again.

Related and h/t for link to this paper:  Wall Street’s Derivatives Nightmare: New York Times Does a Shallow [CYA] Dive