The Japanese have their electronics, the Germans their cars and the Americans their technology. Many countries claim to be the best in one field or another. But which country is home to the most overall productive workers? Take a look at the chart below to see the distribution of the world’s most productive countries. 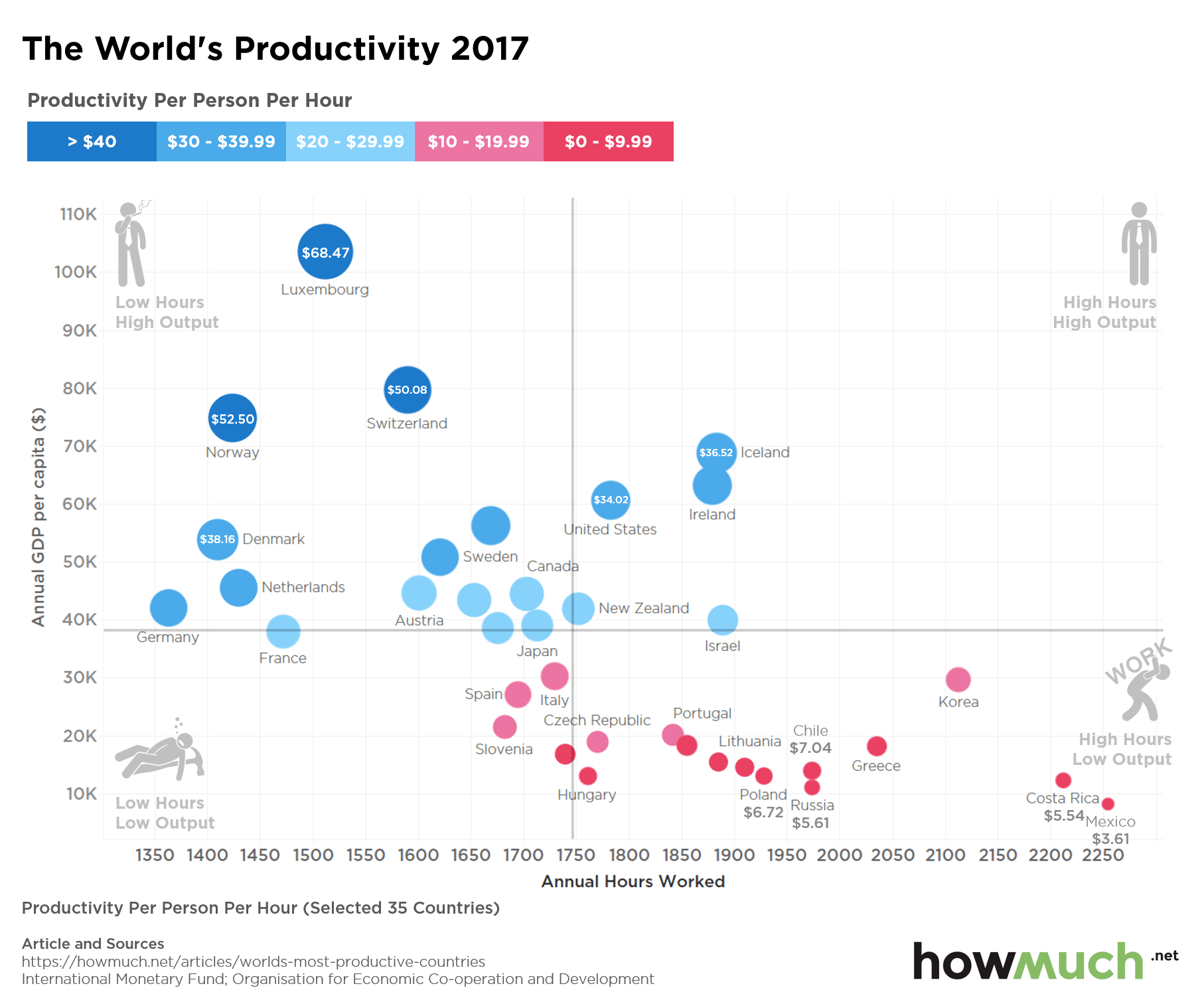 READ  How the world's economic powers are shifting?

There is a direct correlation between high worker productivity and annual hours worked. The countries with the world’s most productive workers are found almost exclusively in the upper left quadrant of the chart. In this quadrant, workers spent a relatively lower amount of time at work but output a relatively high amount of GDP per capita. The ratio between these two factors leads to high overall productivity, as GDP per capita is divided by a smaller number of hours worked. Even if two countries have a similar level of GDP per capita, the country that produces that level of GDP in a small number of hours will have a higher productivity score.

Another trend shown by the data and chart is the frequency of Western nations among the world’s most productive countries. In fact, only six out of the top 36 most productive countries are not Western countries – Japan, Israel, South Korea, Chile, Costa Rica and Mexico (seven if you count Russia). Luxembourg, Norway and Switzerland, which are all Western countries, have significantly higher worker productivity compared to all other countries measured. There may be a negative correlation between productivity and number of hours worked per year based on the chart and data. Western countries tend to work a lower number of hours per year despite having higher GDP per capita.

So, which countries can claim to have the best workers? The data suggest that Western countries tend to work fewer hours and produce more GDP per capita compared to the rest of the world, leading to a significantly higher level of productivity per person per hour. This may be due to a negative correlation between the number of hours worked per year and productivity. But the trend of high hours worked per year and low productivity in mainly non-Western countries may be due to other factors, such as lower levels of development or lack of access to technology.