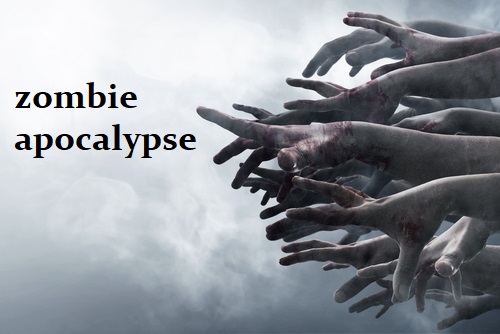 The more traditional bird flu has appeared in the same area of China. The bird flu outbreak was reported Saturday in Hunan, which borders the province of Hubei where the coronavirus broke out in December. Officials said, “The farm has 7850 chickens, and 4500 of the chickens have died from the contagion.” This is a known virus that is a fatal illness among birds, known as H5N1 virus, which causes “a highly infectious, severe respiratory disease in birds,” according to the World Health Organization. The Chinese government announced that it has culled 17,828 chickens as a result of the H5N1 outbreak, according to Reuters.

Keep in mind that these viruses that start in animals can make the jump to humans. Even the AIDS virus, HIV, came from monkeys. Back in 1999, researchers found a strain of SIV (called SIVcpz) in a chimpanzee that was almost identical to HIV in humans. These scientists then conducted more research into how SIV could have developed in the chimps. What they discovered was that the chimps had hunted and eaten two smaller species of monkeys (red-capped mangabeys and greater spot-nosed monkeys). These smaller monkeys were infected and then the chimps consumed these infected monkeys and the two different strains of SIV mutated and joined together to form a third virus (SIVcpz) that could be passed on to other chimps. This is the strain that can also infected humans.

The coronavirus appears to have made the cross to humans by people eating bats. This new outbreak of a bird flu is not easily transmissible to people. The World Health Organization has called on countries to be on guard because the virus can mutate into a transmissible form to cross to humans (The New York Times).

This version of the bird flu is far more deadly to humans than the coronavirus that the conspiracy world has turned into some zombie apocalypse with spliced HIV. Humans who would contract this bird virus would have a mortality rate of 60% in cases studied over the past 15 years. That makes it far more dangerous than SARS or this novel coronavirus, which has had a 2% mortality rate so far despite all the  conspiracy mongering of 10% and the attribution of the fall in the US share market is caused by this coronavirus.

OMG! If we all do not drown from climate change or get skin cancer because ice and snow reflect and magnify the sun (which is why you can get sunburn while skiing), then the virus will get us. Just close all the markets and governments should abolish all taxes and we party like its 1999.