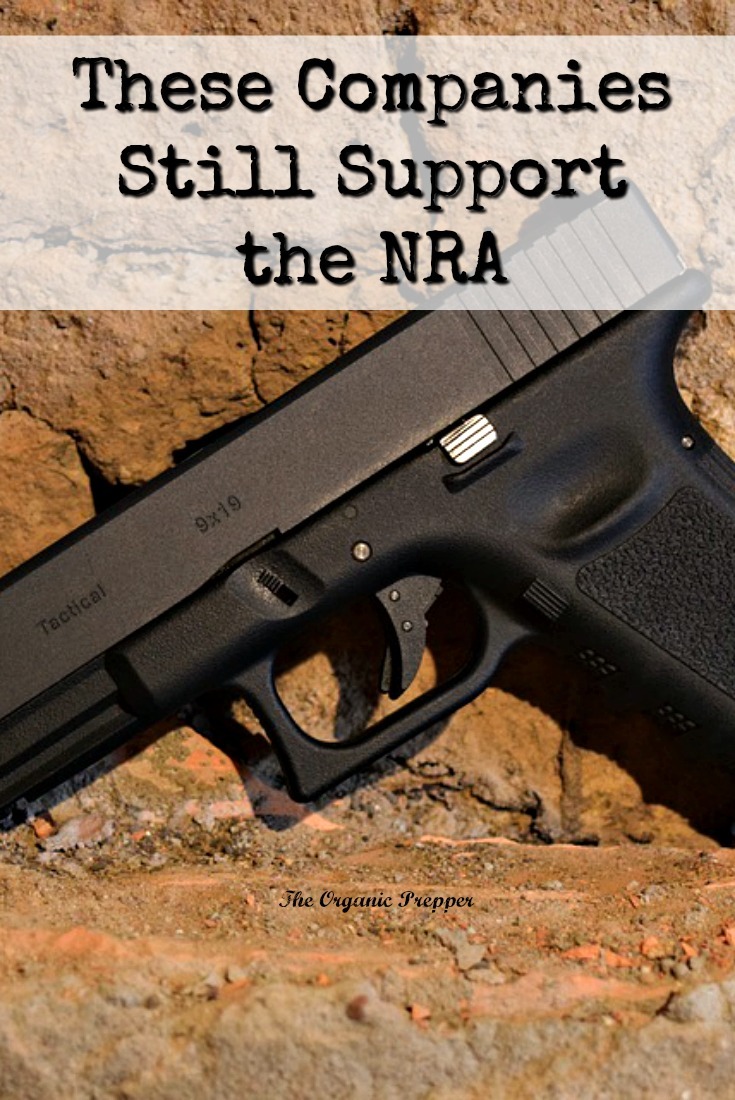 This morning when I was reading the headlines, I came across one that talked about the companies which still supported the NRA after all the ridiculous boycotts that caused other businesses to withdraw their support. I eagerly clicked the link and saw this sub-headline:

Come for the discounts, stay for the opposition to common sense gun laws.

What???
Of course, then I saw that it was ThinkProgress and wasn’t surprised anymore, but I figured I should make my own list that was a bit more positive than their dismal droning, blaming the guiltless NRA instead of the FBI or the other law enforcement agencies that actually WERE at fault for not stopping the school shooting in Florida that took the lives of 17 people on Valentine’s Day.
*Climbs off soapbox.*
In the article, Josh Israel (any relation to Sheriff Scott Israel?) and Kira Lerner ranted:

After the shooting in Parkland, Florida, the NRA has been the focus of renewed national attention, as the group continues to successfully block any legislation to curb gun violence on the national level. Dallas’ mayor pro tem told the NRA Monday that the group will be “met with opposition” if it holds its scheduled May conference in his city. And over the weekend, hundreds of people gathered outside the group’s Virginia headquarters to hold a vigil and protest.
ThinkProgress asked more than two dozen corporations that offer incentives to NRA members whether they plan to continue their relationships with the gun lobby. A growing number of those companies have ended their relationship with the NRA since this list was initially published. (source)

Anyway, the following companies haven’t caved to pressure and continue to support the NRA. If you get a chance, you can support them in return.

READ  How (and Why) to Support Small Businesses This Christmas

Many other businesses have severed ties with the NRA or have announced plans to do so.

The NRA denounced those companies in a statement, saying:

“Some corporations have decided to punish NRA membership in a shameful display of political and civic cowardice.
Let it be absolutely clear. The loss of a discount will neither scare nor distract one single NRA member from our mission to stand and defend the individual freedoms that have always made America the greatest nation in the world.” (source)

The companies which have caved to the public pressure of websites like ThinkProgress are:

READ  How (and Why) to Support Small Businesses This Christmas

In early 2013, weeks after the Sandy Hook shooting, ThinkProgress published a similar list. Since that time, several companies have discontinued their relationships with the pro-gun group.  Following a grassroots pressure campaign led by the global advocacy group Avaaz.org, both Best Western and Wyndham hotels stopped offering an NRA discount…
…A similar pressure campaign by a coalition of LGBTQ rights groups and gun violence prevention organizations began pressuring FedEx to do the same in 2016, but has not yet had success. (source)

It’s astonishing to me that the NRA is being publicly crucified, yet none of these people are talking about the failures of the FBI, the Broward County Sheriff’s office, or the local police to follow the laws that are already on the books.
Then again, I guess it isn’t really that astonishing at all. But it certainly demonstrates where their priorities are.