Electricity is one of the necessities of modern life. It powers our computers. It charges our phones. For some of us, it even runs our vehicles. But that convenience comes with a price tag, which is determined not just by how much we use, but also where we live. 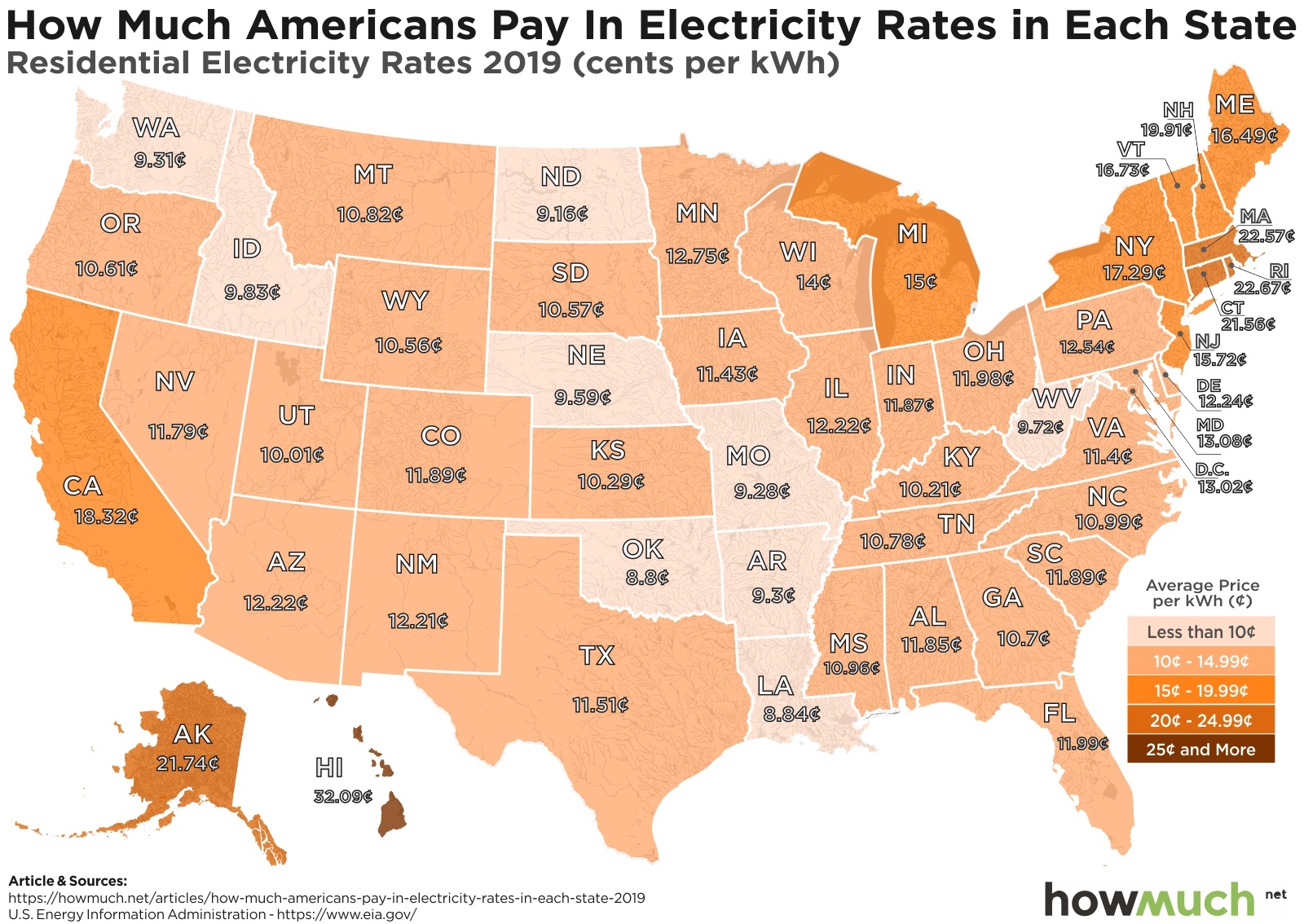 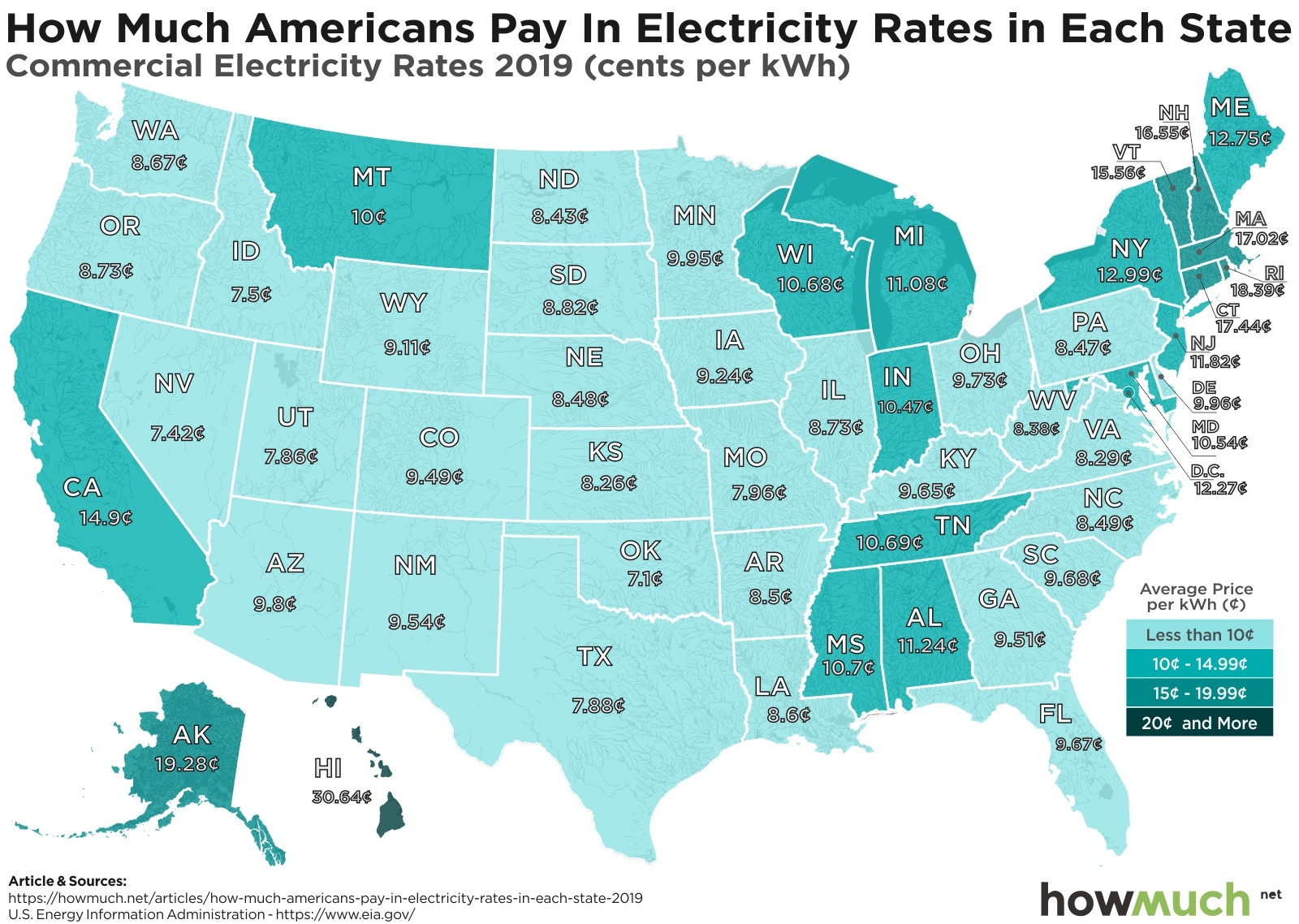 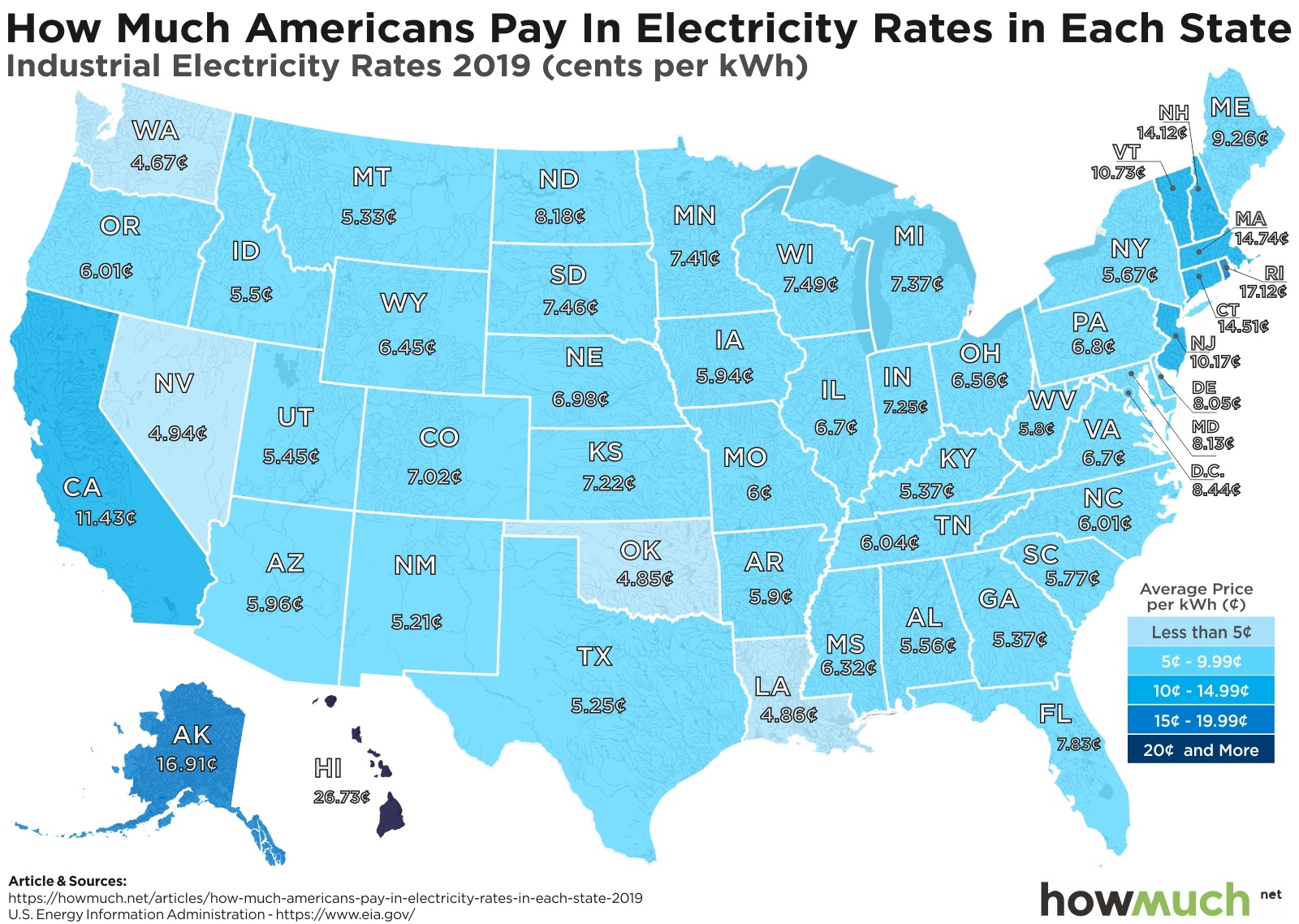 In the contiguous states, the Northeast commands higher energy prices, while the Midwest, South, and Northwest tend to have comparatively lower rates. A major reason for this is because the Northeast is so densely populated that energy demand is very high; the same is true for California, which also has higher electricity prices.

By contrast, more rural states like Oklahoma and Louisiana have some of the lowest electricity rates. Notably, electricity is derived from other energy sources like coal, gas, wind, hydro, or solar power. The local availability of these resources, as well as their operating costs, will also play a role in determining prices. This explains why more resource-rich states or more sparsely populated states that have room for energy plants charge less for electricity.

So how do these rankings stack up against 2018? View last year’s visualization here.