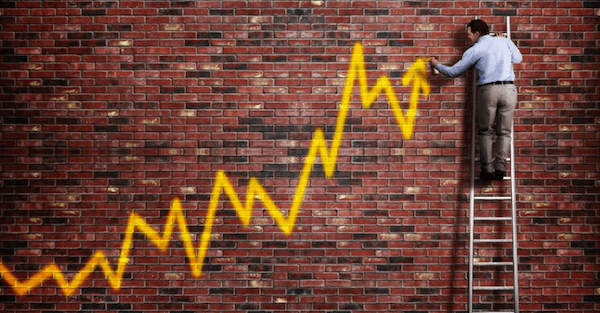 The year was 1999. I was working for a small newsletter company with its Asian research offices based in Manila, Philippines.

The dotcom boom was in full swing. And, just like today, companies with no profits, burning through hundreds of millions of dollars of investors’ capital in a race to build scale and grab market share or attract “eyeballs,” were the market darlings of the day.

Moreover, having just seen how ugly things can get when a market mania goes bust – after witnessing the Korean economic collapse in 1997-1998 first-hand, while working in Seoul, I was extremely cautious.

I wasn’t about to go chasing after the next hot concept stock, in the hope of selling for a profit to a “greater fool.” But that was about the only trading strategy still working at that time… a bit like now.

The internet, technology, media and telecoms (TMT) boom of the late 1990s, when dotcom fever was at full pitch, was a textbook stock market mania.

All the signs were plain to see, for anyone who cared to look. Unprofitable companies at dizzying valuations, a belief that profits didn’t matter, and that “this time it’s different” mentality were all salient features.

They say that history doesn’t repeat in markets, but that it often rhymes. Well, it would seem to be rhyming now.

According to my friend Jeff Brown, from Bonner & Partners’ Exponential Tech Investor, the value of tech IPOs in 2018 is estimated to hit $9.73 billion. That’s the highest level since 2000.

Once again, a rapid technology innovation cycle appears to have captured the imagination of investors. Technology company founders and their venture capital backers are taking advantage of that to bring their companies to the public markets now, in droves.

The thing worth keeping in mind is that last time around, the stock market actually peaked, as measured by the tech-driven NASDAQ index, in December 1999. The money raised from IPOs on the other hand peaked in 2000.

Meanwhile, just like in the 1997-1999 period, today many staid, old-school businesses like consumer staples and household products companies are suffering a period of benign neglect from stock market investors.

Stocks of companies such as cereal maker General Mills (12x earnings), Kraft-Heinz (13x, after stripping out a large one-off tax gain), and Newell Brands (4.8x), are all selling at multi-year low price-to-earnings multiples (P/Es). And their dividend yields comfortably exceed those available on 10-year Treasury bonds (now just over 3%).

On the other hand, you have stocks such as Amazon selling for 158 times earnings and Twitter at 58 times earnings. And that’s without even getting into the absurd valuations of the likes of Tesla, which sports a $47bn market value, versus Ford Motor Company which made over $7.6 billion in net profit last year, on a market cap of $37bn

In my mind, as I have mentioned before, today is a bit like a re-run of the 1997-1999 period in US markets. Back then, defensive consumer staples stocks in the so-called, “old economy” sectors were left in the dust by the sexy new technology, media and telecom stocks that the market lapped up and bid up to absurd valuations.

At the time, back in mid-1998, I remarked to a colleague that I couldn’t understand how savagely the market was marking down extremely high-quality, stable businesses, such as European household products and food manufacturer Unilever, or US personal care and sanitation products company Kimberly Clark.

Did the market really think that some “new economy” competitor was going to come along and digitize their products and put them out of business?

I remember quipping to him that I thought people were still going to need to wash their dishes, eat ice cream, and wipe their butts after going to the toilet. So, perhaps it was time to look at buying something like Unilever or Kimberly Clark for the long-haul.

READ  A list of some of the most shorted stocks

Alas, I didn’t act on my own advice.

Kimberly Clark would have been a great investment. From $49.38, when tech stocks peaked in December 1999, it rose to $68.55 by December of 2000, even as the rest of the market cratered, as the defensive characteristics of the business came to the fore.

Indeed, from the nadir of $36.49 it hit in mid-1998 at peak “old economy hatred,” Kimberly Clark’s stock climbed 88% in two and a half years, while also paying a healthy, reliable dividend stream and continuing to grow its earnings.

These are the sorts of stocks I think you should be looking for today – as valuations for the technology and internet high-fliers go nuts, and the “boring,” safe businesses again get left behind.

In particular, what I’m looking for are solid, safe, businesses so cheap now that even in the event of a severe market downturn, they will likely not suffer much – if any – downside.

And fortunately, those businesses are available today, if you know where to look. The consumer staples sector in the US is one place you can find reasonable valuations in the stock market. But if you look abroad, you can find some incredible deals.

I just recommended a South Korean company that makes boring products like toilet paper in last month’s The 4th Pillar… the company has been around for decades, it’s profitable and pays a dividend and you can still buy shares for less than the net cash in its bank account.

And I’m about to recommend another “boring” but profitable company also trading below net cash and paying a dividend.

When you invest in high-quality companies like these at such low prices, you don’t have to worry so much about the daily moves the market makes. And unlike everyone else, you can rest soundly when we have days like today.