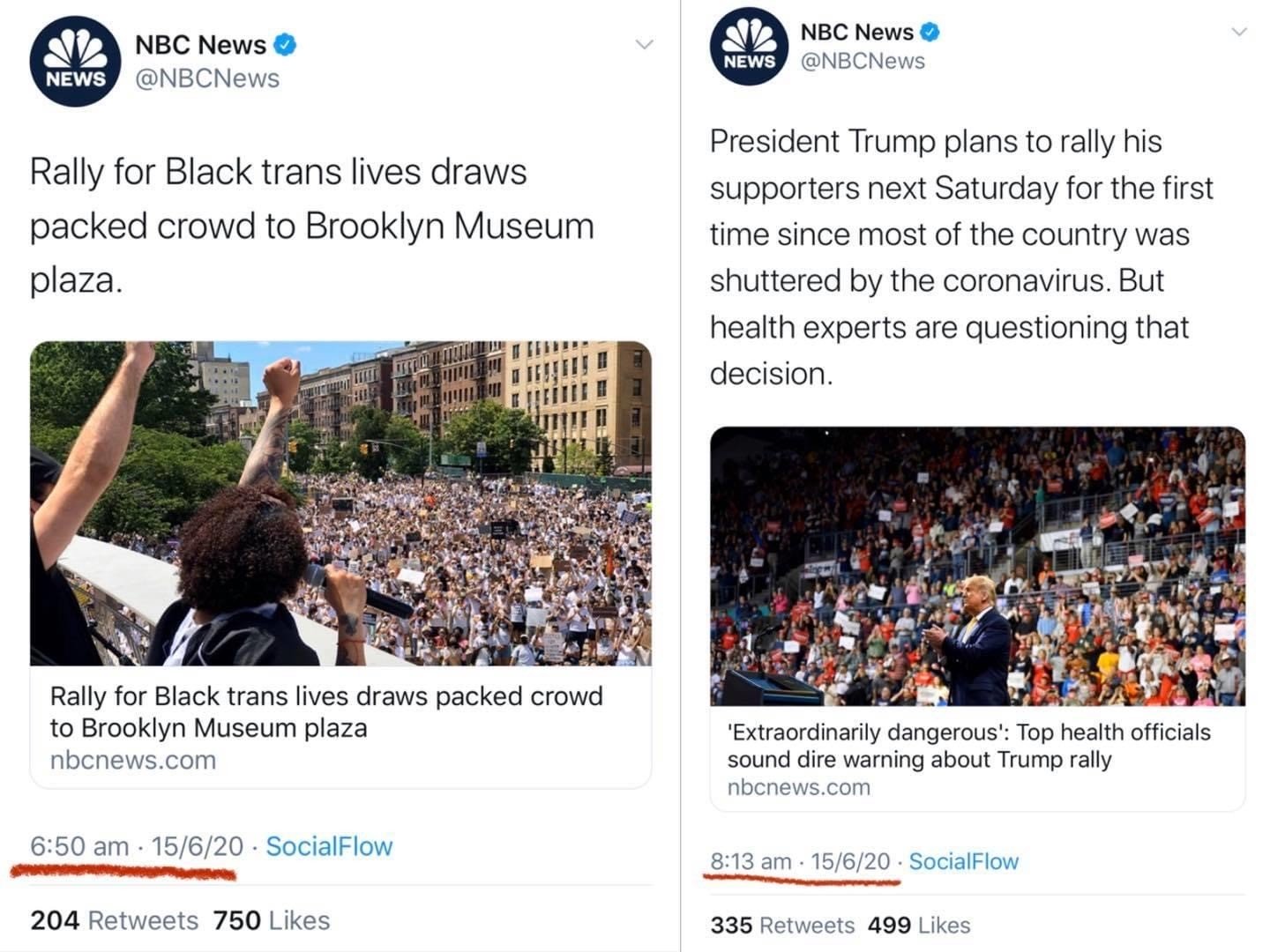 YOU CAN’T RALLY. WE CAN RIOT: The staggering hypocrisy of the Democrats over COVID-19.

In the middle of May, DC Mayor Muriel Bowser extended her lockdown order through to the June 8. Two days prior to her own lockdown order was to be reviewed, on June 6, she encouraged mass gatherings of protests, in a tweet saying ‘Let’s all meet here soon #BlackLivesMatter’, with a photo showing off her big block yellow letters painted down a DC street. In a press release about a possible spike in coronavirus cases in her city, after two weeks of protests she encouraged herself, Bowser announced that ‘DC Health has confirmed that a new peak was detected in the data, resetting the Districts Phase One count to nine days of sustained decrease.’

Florida congressswoman Val Demings, who features on the shortlist to be Joe Biden’s VP nominee, tweeted on June 8 that she had joined a ‘Healing and Hope Rally last night to speak with our community as America grieves.’ Two days later she scolded the President: planning to hold ‘mass rallies in Florida and elsewhere as we experience a resurgence in COVID cases is irresponsible and selfish’.

If there’s a gaping lack of curiosity about this blatantly hypocritical behavior from Democratic officials, it’s because members of the media are not only purposely ignoring it, but partaking in the same double-standard.