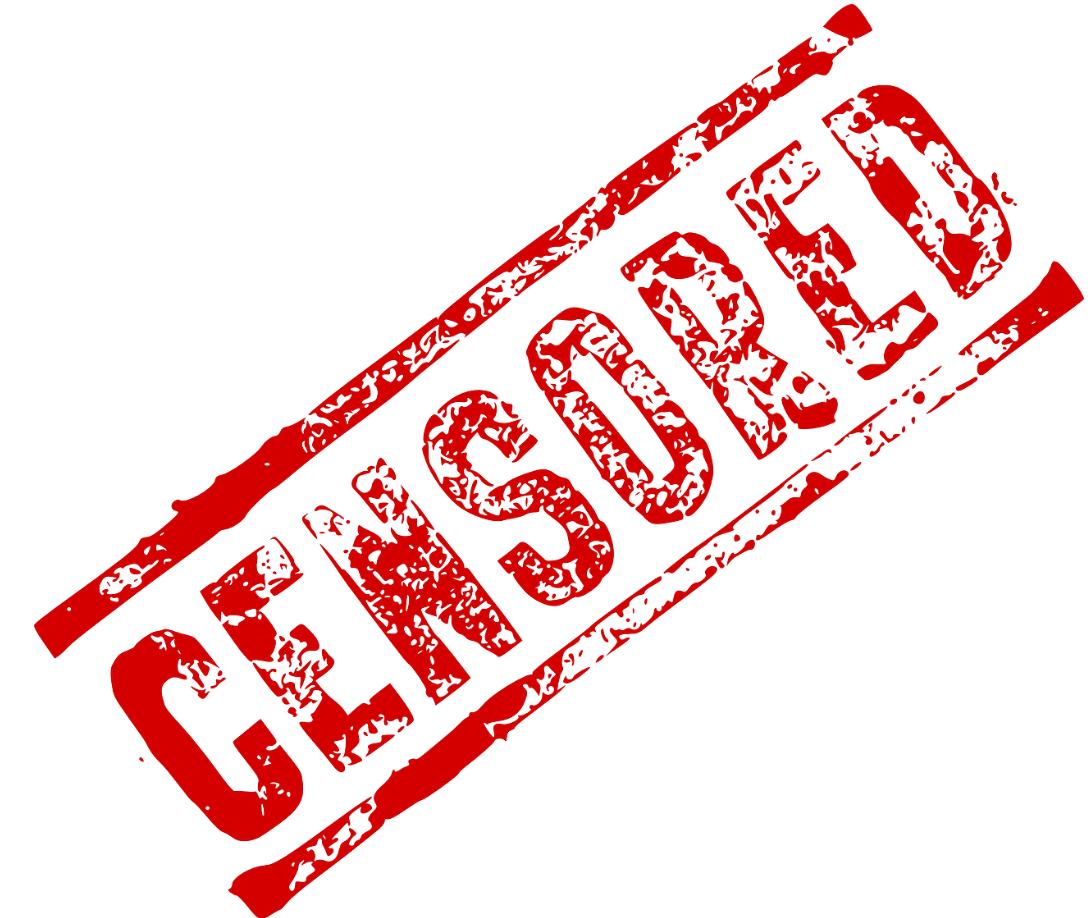 Facebook, Twitter and other big tech companies actually want standardized Internet speech regulations.  In fact, Facebook has been spending millions of dollars on ads that openly call for more government regulation of speech on the Internet.  You can view an example of what I am talking about right here.  At first glance, it may seem odd that Facebook wants more government regulation of the tech industry, but it actually makes perfect sense.  If the federal government is the one making the rules, Facebook and the other big tech companies can legally censor you into oblivion without ever having to worry about any legal consequences.  And then because all other social media platforms in existence will have to follow the exact same rules, there will be nowhere else for you to turn.  There won’t be any “free speech alternatives” to Facebook and Twitter, because all of those “alternatives” will be forced to apply the same speech standards that Facebook and Twitter and applying.

Right now, Facebook and Twitter are losing millions of users to other platforms, and they want this to stop.

And so they are going to continue to push for national Internet speech regulations that apply equally to everyone.

In the end, Facebook basically envisions that everyone else in the industry will be forced to engage in the sort of extreme censorship that Facebook is already engaged in.  The following are three quotes that come directly from Facebook…

-“Today, we work with more than 80 partners covering over 60 languages around the world to review potentially false content.”

-“We include warnings on posts that are rated false so that you can decide what to read or share.”

-“When third-party fact-checkers label content false, we significantly reduce its distribution so fewer people see it.”

That sounds so noble, doesn’t it?

But of course all of the “third-party fact-checkers” have an agenda, and all of them see the world the same way that Facebook sees the world.

If you are an independent thinker, it is just a matter of time before you are hit really hard by the censor hammer.  The censorship has gotten stricter and stricter with each passing year, and the number of people that Facebook has working in this realm has “quadrupled”…

Facebook is not waiting for regulation. We’re continuing to make progress on key issues. We’ve quadrupled our security and safety teams to 40,000 people and built new privacy tools. We’re also working with tech peers to make it easier for people to move their data between platforms securely.

While we at Facebook are working to make progress, we know that we can’t – and shouldn’t – do it alone. That’s why we support regulations to set clear and fair rules for everyone, and support a safe and secure open internet where creativity and competition can thrive.

They claim that they are relentlessly working to weed out “hate speech”, but their definition of “hate speech” is essentially any opinion that they disagree with.

See also  Your search results are changing at the Speed of Censorship! Who remembers when the internet wasn’t trash?

Anything having to do with COVID, vaccines or COVID treatments has become such a sensitive area.  The big tech companies have been extremely diligent to censor users when it comes to these topics, but that still isn’t good enough for some Democrats.  A few months ago, two Democrats in the Senate introduced a bill called “the Health Misinformation Act”…

The nicest thing you can say about the Health Misinformation Act, proposed in July by the Democratic senators Amy Klobuchar and Ben Ray Luján, is that it means well. The internet has been a key accelerant of widespread myths, misunderstandings and lies related to Covid-19; Klobuchar and Luján’s bill would force online companies like Facebook to crack down on false information during public health emergencies, or lose immunity from lawsuits if they don’t.

The good news is that this bill probably doesn’t have much of a chance to get through Congress right now, but Democrats will inevitably keep trying.

Meanwhile, over in the EU there are plans to start systematically monitoring text messaging and video chat platforms for “suspicious content”…

A German member of the European Parliament is warning against EU plans to adopt new, wide-ranging mass surveillance rules that he says would seriously jeopardize citizens’ right to privacy by forcing tech companies to give access to encrypted messages to the authorities.

And that is what the laws now in the works in Brussels – that are supposed to replace temporary rules adopted in July – are designed to do, by ordering messaging and video chat providers like WhatsApp and Skype to put tech in place that would provide access to people’s private communications and, thanks to an automated system, monitor chats in real time and report suspicious content.

Of course anything that deviates from the official narratives about the pandemic would be considered to be “suspicious content”.

So what should be done to those that are “guilty” of spreading “health misinformation”?

Well, the CEO of Pfizer says that they should be treated like “criminals”…

Speaking with Washington D.C.-based think tank Atlantic Council, Bourla said there is a “very small” group of people that purposefully circulate misinformation on the shots, misleading those who are already hesitant about getting vaccinated.

They don’t want us to criticize what they are doing, and meanwhile they are making billions upon billions of dollars and laughing all the way to the bank.

It truly is sickening.

Australians will need to get COVID booster shots annually “for the foreseeable future” to combat CCP Virus, according to the country’s Pharmacy Guild.

Trent Twomey, the president of the Pharmacy Guild of Australia (PGA), warned that people may need to get booster shots every 6 to 12 months to keep more deadly variants at bay.

So Pfizer and Moderna will continue to rake in billions upon billions of dollars in perpetuity, and any criticism of their misdeeds will be systematically suppressed by their friends in the big tech industry.

In a lot of ways, large corporations now have more power over our lives than national governments do, and many of the largest corporations are becoming increasingly authoritarian.

Big tech companies such as Facebook and Twitter have decided that they want to use their power to shape what you think, what you believe and how you view the world.

Personally, I will never submit to such manipulation, and I will continue to do all that I can to share the truth with a lost and dying world.

Many of you feel the exact same way.

Unfortunately, we are in the minority, and the big tech companies are entirely convinced that the world will be a much better place if they can permanently relegate people like us to the outer fringes of the Internet.

What they really want are masses of fully obedient “sheeple” that will simply go along with whatever narratives they are currently pushing, and they don’t want “wolves” such as us messing with their flocks.