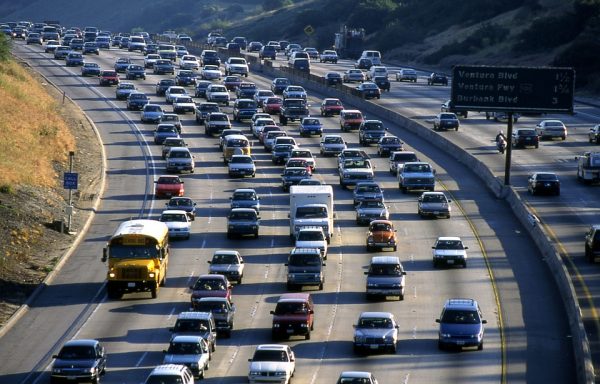 If millions are leaving California because life there is so horrible, then why would those same people want to try to make their new communities more like the state that they just left? About five million people have migrated out of the state of California over the past decade, and most of them are leaving for very good reasons. The number one destination for ex-Californians is Texas, and this has caused the state to move a little bit to the left politically. For example, Trump beat Clinton by only about 9 percent in Texas back in November. It is getting to the point where many people in Texas are starting to resent anyone with a California license plate, because there are so many ex-Californians that would like to turn Texas into another version of their home state.

Similar things are happening here in Idaho. It seems like half the people that my wife and I meet are transplants from California, and some of them are exceptionally good people. Like my wife and I, a large number of them decided to move here because they wanted to find some place where they could live free. Needless to say, north Idaho seems like paradise to many that have just escaped the nightmare of living “the California Dream”.
But there are others that move up here from “the golden state” that are absolutely determined to impose their leftist values on all the rest of us. But if those values were such a failure in California, then why in the world would you want to bring them here?
It has been estimated that over a quarter of all new Idaho residents come from California. If they are coming here to embrace our way of life that is wonderful, but if they are coming here to try to change us that is another thing entirely.
In many ways north Idaho is very similar to northern California before it was completely spoiled. Not too long ago, KQED interviewed one ex-Californian that said that the wooded mountains here remind her of “the California she knew in the 1970s”…

When Adrien Koch retired last summer from her job with FEMA in the Bay Area, she and her husband resettled in the wooded mountains of north Idaho. They had visited only a few months before on a vacation but had quickly fallen in love. For Koch, Idaho reminded her of the California she knew in the 1970s.
“It’s kind of like a better time that’s gone by,” Koch says. “It’s a much slower pace, [and] people are more down to earth here.”

And fortunately, Koch is one of those ex-Californians that loves north Idaho just the way that it is…

See also  First It Was California, Now Its New York...

“I immediately tell people, especially if they’re not from California, I am not one of those people who want to change Idaho,” Koch says. “I love it the way it is, that’s why we’re here.”

But of course there are others that come here with the intention of making their new home much more “progressive”. Fortunately, the number of crazy leftists is still fairly limited at this point. Hillary Clinton only received 27.5 percent of the vote in Idaho last November, and so this is not going to become a blue state any time soon.
I just don’t understand why anyone would want to move to Texas or Idaho or anywhere else and try to make it more like California. Just consider the following…
-California has the highest state income tax rates in the entire country.
-California has been ranked as the absolute worst state for business for 12 consecutive years.
-Los Angeles has the worst traffic on the entire planet, and San Francisco is not too far behind.
-Thanks to unchecked illegal immigration and sanctuary cities that are allowed to flout the law without consequence, gang activity and crime are growing problems in the state.
And of course the state legislature just continues to pass one insane law after another. The one that requires farmers “to cut methane emissions from dairy cows” by 40 percent by 2030 is one of my favorites…

In yet another attack on California businesses, yesterday Governor Jerry Brown signed into law a bill (SB 1383) that requires the state to cut methane emissions from dairy cows and other animals by 40% by 2030. The bill is yet another massive blow to the agricultural industry in the state of California that has already suffered from the Governor’s passage of a $15 minimum wage and a recent bill that makes California literally the only state in the entire country to provide overtime pay to seasonal agricultural workers after working 40 hours per week or 8 hours per day (see “California Just Passed A $1.7 Billion Tax On The Whole Country That No One Noticed“).
According to a statement from Western United Dairymen CEO, Anja Raudabaugh, California’s Air Resources Board wants to regulate animal methane emissions even though it admits there is no known method for achieving the the type of reduction sought by SB 1383.

And just recently, a group of California state legislators decided that it would be a grand idea to try to push through a single-payer healthcare system that would cost taxpayers 400 billion dollars a year…

With Obamacare under assault in Washington by Republicans who see it as a broken system that hamstrings people with high premiums and inadequate access to medical care, Atkins and Sen. Ricardo Lara, D-Bell Gardens, are pushing a bill through the state Legislature that would replace Obamacare with a government-run system.
Everyone would be covered, including undocumented immigrants. Under the proposal, there would be no need for insurance companies; no more monthly premiums or out-of-pocket costs for doctor visits and prescriptions.
The authors haven’t said exactly how they’d pay the projected cost of $400 billion a year, although they acknowledge it would use existing health care money in addition to new taxes.

If you follow my work on a regular basis, you know that political correctness is one of my pet peeves, and California has become the epicenter of political correctness in our nation today. Things have gotten so bad in the state that it is now considered to be a “mircoaggression” for professors in the University of California system to tell their students that “America is the land of opportunity” because it might offend someone.
When I was a young adult, I once dreamed of living right along the coast in California, but I couldn’t imagine living there now.
That once great state has become a symbol of everything that is wrong with America, and instead of making the rest of the country more like California, what we actually need to do is to make California much more like the rest of the country.