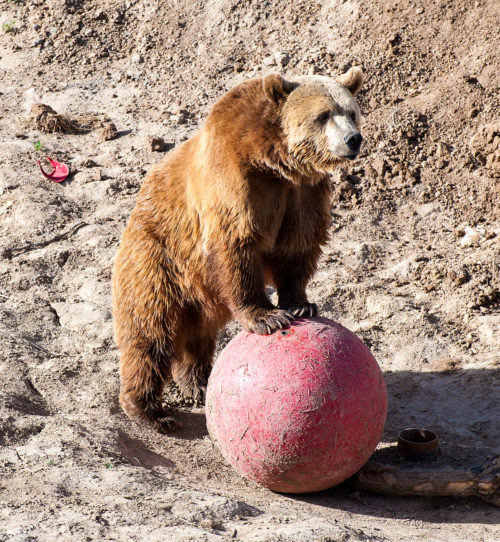 This ain’t no ballgame. This bear has shown up for blood, not sport. The Nasdaq intraday hit the 20% down mark that is widely regarded as qualifying for a change from a bull market to a bear market. A close at that level would have made it as official as a declaration of a bear market gets.

As can be expected, the major index whose stocks played the largest role in forming the bull market of the last decade doesn’t die easy, so the NASDAQ bounced off the bear barrier for today, but it rests an easy day trip from officially killing the longest-living bull in history.

While the NASDAQ now hangs by its horns from the precipice, the Russel 2000, another major index, has already gone over the edge and is officially a bear market; and the Dow Jones transportation sector entered a bear market a little over twenty-four hours ago. So, market sectors are sliding over the edge faster than I can post articles now.

Consider that the bull’s paroxysms are happening when the Fed is still at an interest rate and balance-sheet height that would normally be considered quite accommodating. Consider, also, that it is convulsing in a year of record stock buybacks funded by record repatriation of foreign profits in a time of record tax breaks and hugely expanded government stimulus spending! Stop and really think about that mouthful because the Fed’s Great Recovery Rewind is so potent it is overpowering all of that muscle to throw this bloody bull over the cliff.

In an upcoming article, I’ll lay out the headwinds (more like hurricane) I see hitting stocks, bonds, and the economy in general in 2019. I anticipate that will be my first subscriber-only article (at least in its initial release). In this article, however, I want to give a general recap for everyone of the bearish facts (call it my bearometer) about the market’s present action that show how severe the bull’s death throes have been so far. (A brief history of how the bear has mauled the bull so far.)

Here are the headliner facts that show the bull is dying

You look at the aggregate, and you know this looks like a death scene of historic note:

Never mind that the Fed has been slow-walking its interest-rate hikes at a pace beneath anything ever seen in the past. I mean real interest rates are still negative! If the Fed’s recovery cannot even handle moving up to barely negative real interest rates, what have we recovered? Come to think of it, that explains this week’s market face plant. With the Fed’s latest target increase, we just may be breaching the zero bound ceiling this week and going into normal (getting to where interest will be equal to or greater than inflation).

Maybe, must maybe, getting real at last is what everyone is really so afraid of. Of course, that is what I said years ago the dawning realization would be when the Fed finally tried to actually normalize finances. I just had to wait unto now to talk more about it — wait until the cries of pain begin as we finally near a real interest rate of … ZERO!

Finally, is this little oddity: the Federal Reserve’s net worth in its latest quarterly report turned negative. No one really knows what this means because it is that abnormal. It could be nothing, or maybe it’s the emerging singularity of a black hole in the middle of the Fed’s solar system. If it weren’t the Fed, a hole that big would suggest an institution is going broke; but, hey, the Fed has infinite money-creation capacity. So, maybe it is nothing except weird. Of course, looking weird is not good for an institution whose only real capital is credibility. At the end of the day, that is all the Fed has to sell since it makes money up as it goes.

“We’re seeing the downside risk of unconventional monetary policy,’’ said Andy Barr, the outgoing chairman of the monetary policy and trade subcommittee of the House Financial Services panel. “The burden should be on them to tell us why this does not compromise their credibility and why the public and Congress should not be concerned about their solvency.’’ (Zero Hedge)

It’s just a little black hole appearing on a city street in Cern, Switzerland. Nothing to worry about in the Fed’s infinite and faux-almighty universe.

Do you still like playing with bears? Well, stay in the game then because there is plenty more to come. It is Christmas, so enjoy your time at the maul.