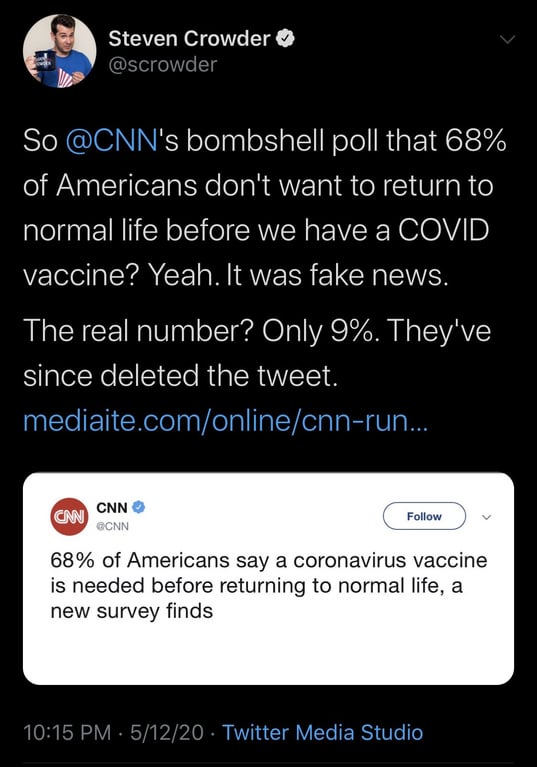 “‘Claiming that this survey shows that ‘68% of Americans say a vaccine is needed before returning to normal life’ is an egregious misreading of the data, writes Grossman. ‘Looking at the two Gallup questions that mention vaccines, the data shows that Americans are thinking about a lot of things, and primarily concerned about a decline in new cases.’ In fact, it’s worse than an egregious misreading, and it’s not simply misleading or requiring clarification. Their headline indicates the opposite of what the Gallup shows. The survey shows that only 9% of would definitely wait until there is a vaccine before returning to normal day-to-day activities. That’s a small minority, not a large majority.”