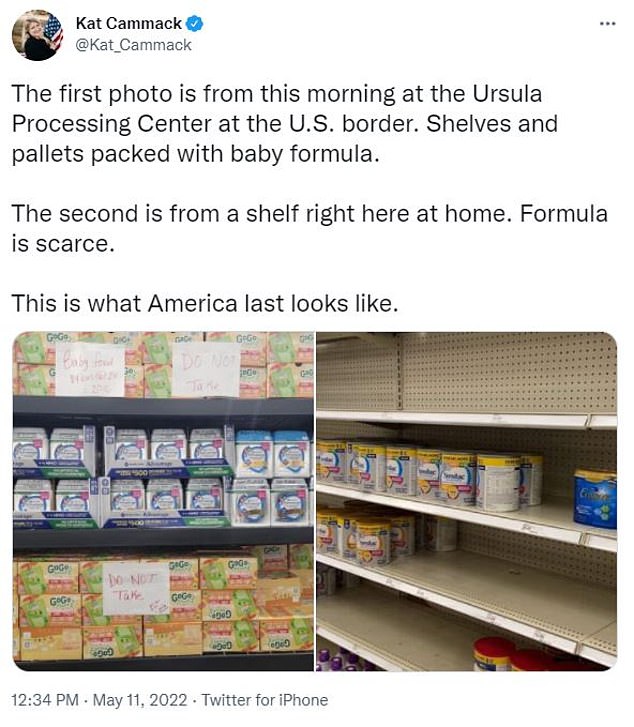 States hit hardest by the baby formula shortage revealed: More than 50% of products are out of stock at stores in Tennessee, Texas…