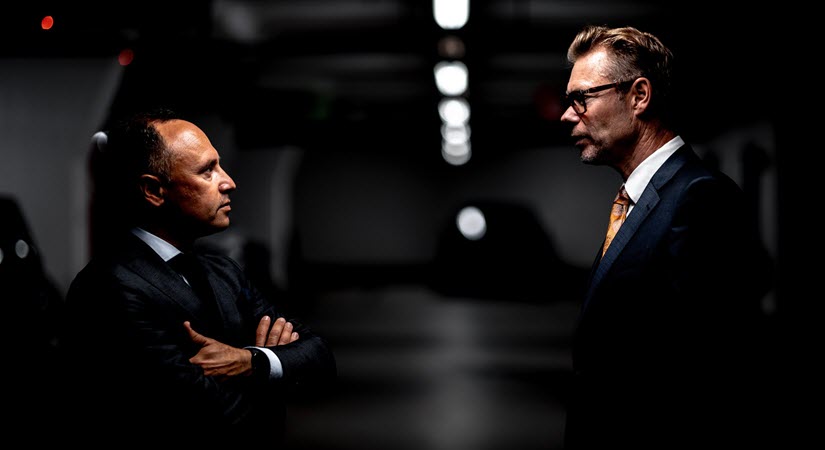 Bad news… Retirement savers with some (or all) of their assets tied up in a private pension could be facing a nightmare scenario sooner than expected.

On the horns of the risk management dilemma

Why? Because, according to Financial Times, some pension plans are (again) facing a predicament. In the “new normal” world of negative real interest rates, it becomes impossible to generate a positive return by investing in conservative, low-risk assets.

On the other hand, pension funds could choose to invest in higher-risk assets. In the world of finance, risk and reward are connected at the hip. That means that less-conservative, higher-risk investments are more likely to at least keep up with inflation.

Some economists see this as an opportunity:

The work of Elroy Dimson, Paul Marsh and Mike Staunton in successive Credit Suisse Global Investment Yearbooks shows that over the past 120 years diversified portfolios of equities in the corporate sectors of high income market economies have done staggeringly well. 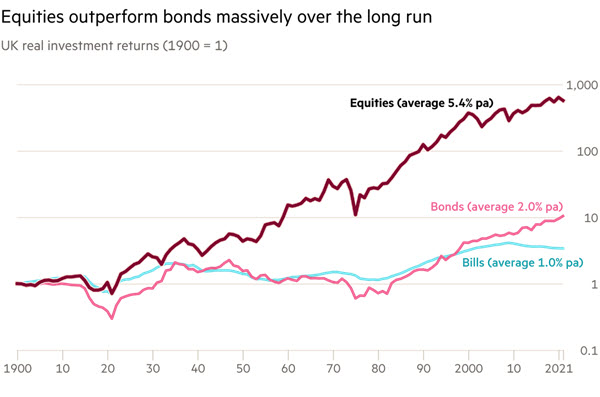 Regardless, some pension funds taking on risk by adding equities to their portfolios. Even at a time when equity valuations are at historic highs. Based on the Shiller price-earnings research, this implies a -4.8% return over the next 6-10 years.

This seems like a bad idea at the worst possible time.

But there’s one more flaw in their thinking…

How long do we have to wait?

Take another look at that quote and consider: Given a 120-year timeframe, higher risk equities outperform lower-risk investments. That’s just a bit longer than most people are willing to wait.

Regardless of these quibbles, there’s a number we can’t ignore.

That number is zero.

Because adding risk to your savings increases the chances of bigger moves down as well as up.

According to an SEC indictment filed in May, one investor was told: “his retirement funds would be safe in the stock of a software company and the investment would produce a monthly return of 11.25%.”

The same indictment reported that the company took advantage of savers and: “largely targeted older and unsophisticated individuals who were trying to preserve or grow their retirement savings.”

The risky retirement investment didn’t pan out, and ended up costing some savers a large portion of their hard-earned nest egg, and according to MarketWatch:

A Texas widow lost her entire $30,000 retirement account.
A Nevada individual lost his entire $92,000 retirement portfolio.
A Kansas veteran and military professor lost almost all of his $320,000 retirement savings.
An Alabama retiree lost $105,000

That’s just part of the list. Others lost up to $150,000. Imagine opening up your retirement account one morning, and finding it empty.

Please make note, this was not necessarily a scam. This is one potential consequence of a high-risk investment.

The bottom line is, risk and reward will always be a constant. Optimism doesn’t matter. When weighing risks, also consider the stakes.

Just as individuals can suffer serious losses in risky investments, so too can private pensions suffer massive losses and fail to deliver on their promises.

Are you taking too much risk?

Most retirement savers don’t have a “Plan B” to cover their bases if Social Security or their private pension doesn’t make good on their promises.

So check up on your retirement savings with an eye to risk levels and your time to retirement. You may consider diversifying your eggs into more baskets by moving a portion of your savings into a safe haven like physical precious metals. An allocation to gold can help reduce the volatility of even the most uncertain economic times.

Ultimately, only you can determine your risk tolerance. Invest too conservatively, and you’ll lose out to inflation and limit possible growth.

Invest too aggressively, and, well, you could lose most of your money and give yourself an ulcer in the process.

When you have the right balance, you’ll know because you’ll be able to stop worrying about it and sleeping better every night.