Boiled down to the most fundamental level, the main predicament society faces with the Economy part of the Three Es is this: Too Much Debt

Here’s just America’s federal debt. It’s been exploding under each successive administration (both Dem and Rep) since Reagan, and Trump is on track to add more than any of his predecessors: 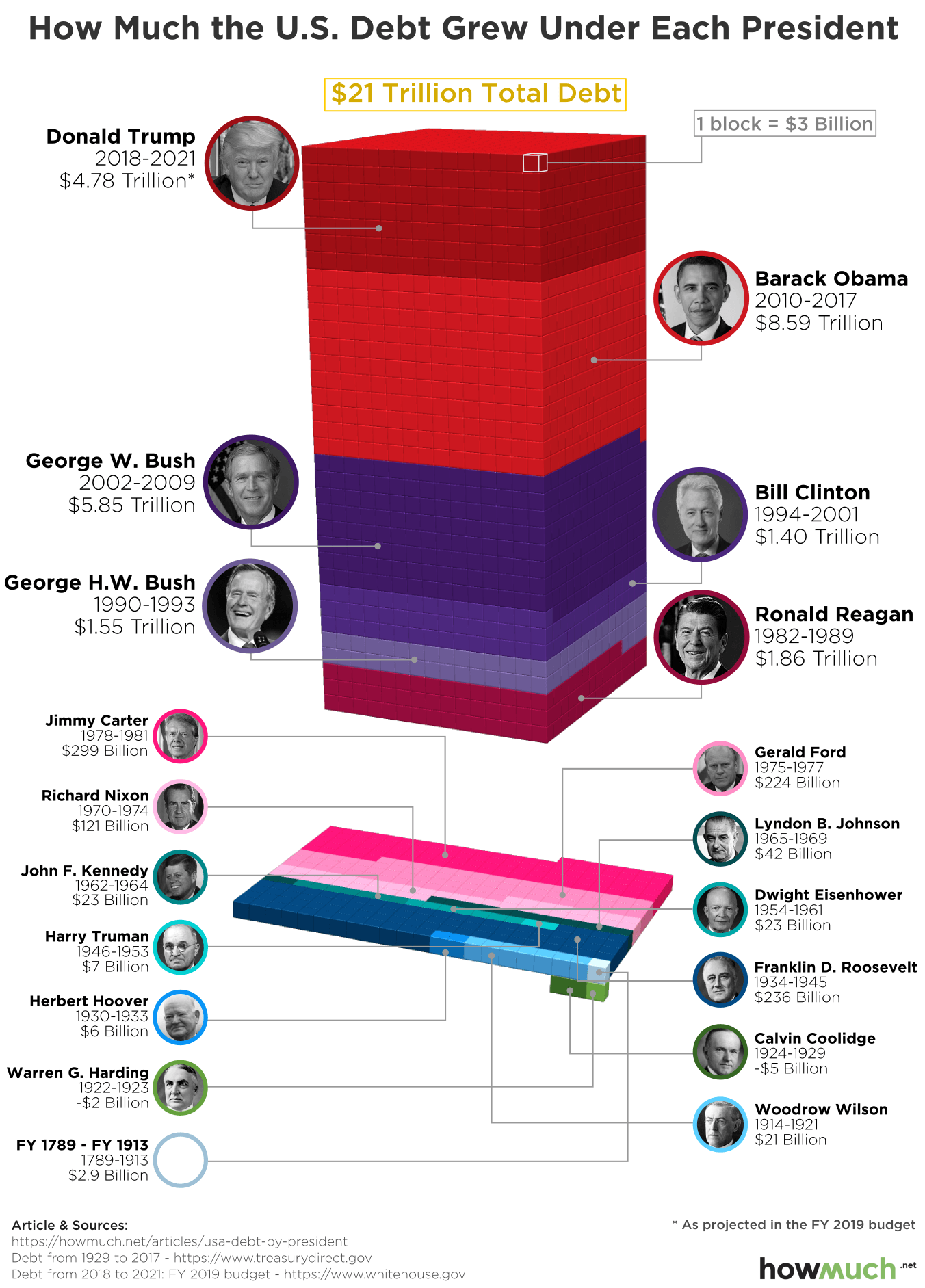 Now, for those of you fearful that The Powers That Be have no real plan beyond adding more debt until the system breaks, I hate to reveal that….you’re exactly right.

According to former White House officials, Trump — who loudly warned of the US’ growing debt burden while campaigning — is aware of the severity of the situation, but unconcerned because he predicts the breakdown will happen after he’s out of office:

Trump on Coming Debt Crisis: ‘I Won’t Be Here’ When It Blows Up

The president thinks the balancing of the nation’s books is going to, ultimately, be a future president’s problem.

Since the 2016 presidential campaign, Donald Trump’s aides and advisers have tried to convince him of the importance of tackling the national debt.

Sources close to the president say he has repeatedly shrugged it off, implying that he doesn’t have to worry about the money owed to America’s creditors—currently about $21 trillion—because he won’t be around to shoulder the blame when it becomes even more untenable.

The friction came to a head in early 2017 when senior officials offered Trump charts and graphics laying out the numbers and showing a “hockey stick” spike in the national debt in the not-too-distant future. In response, Trump noted that the data suggested the debt would reach a critical mass only after his possible second term in office.

“Yeah, but I won’t be here,” the president bluntly said, according to a source who was in the room when Trump made this comment during discussions on the debt.

It’s as we’ve suspected. Those driving our Ship of State know it’s headed over a waterfall; they just plan to jump off with a much loot as they can plunder before it does.