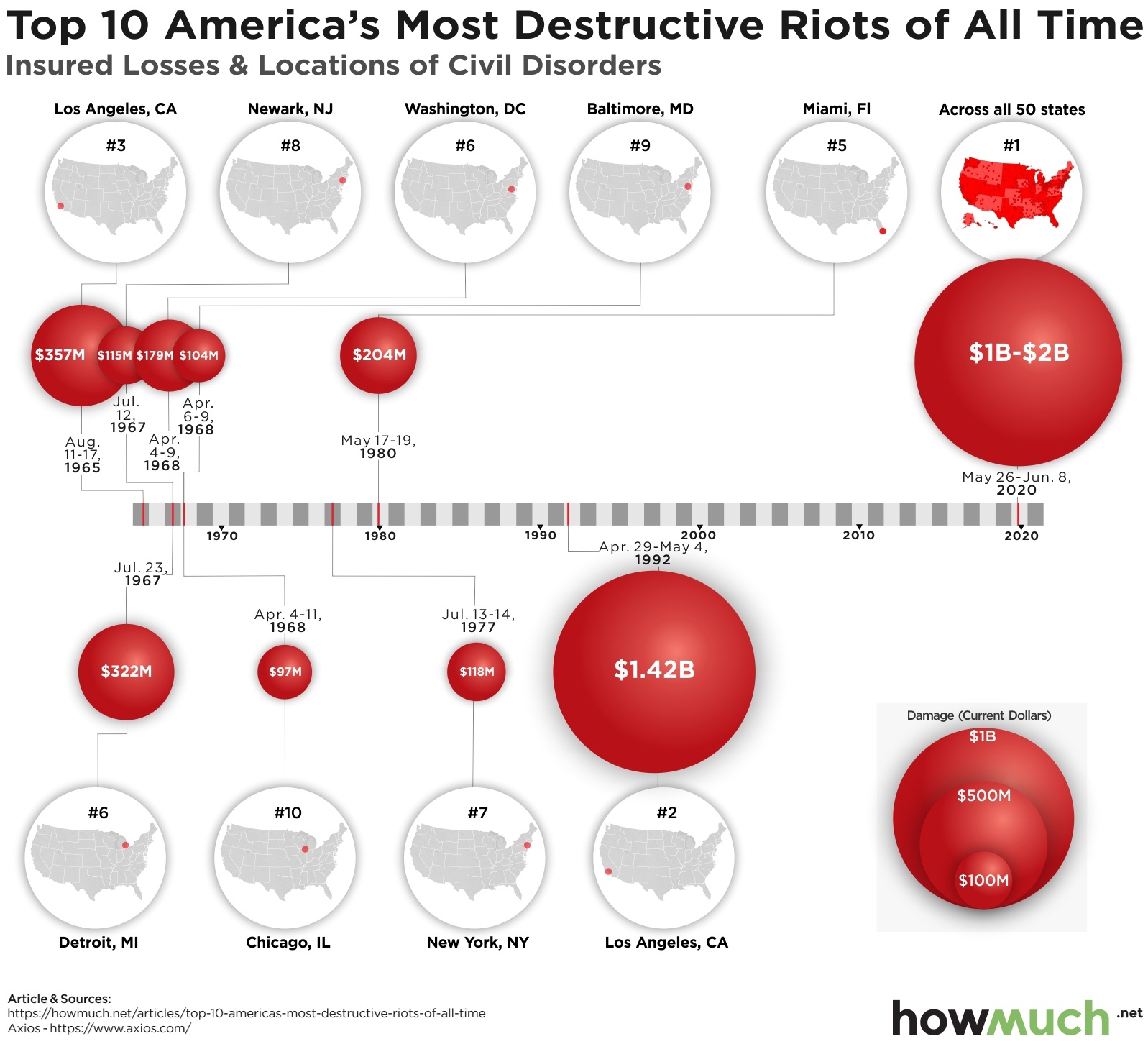 Our visualization looks at the cost of riots and civil disorders over the last century. The data comes from the Insurance Information Institute and was compiled by Axios. It looks at insured losses to the insurance industry. Anything over $25 million in loss is categorized as a catastrophe. The data is adjusted for inflation.

Top 10 Most Expensive Riots in the U.S. Insurance History

Riots and civil unrest can cost hundreds of millions of dollars. The longer they last, the more damage they tend to cause. Nearly all major riots and unrest are associated with political upheaval, with many related to civil rights. Yet, insured data doesn’t include unfiled claims, which means these figures underrepresent the true value of the damage.

The protests related to George Floyd are different because they are widespread and not centralized to one city or state, making it difficult to judge their true cost immediately. Yet, it’s likely that it eclipsed $1B-$2B in paid insurance claims.

However, it’s important to note that the vast majority of protests remain peaceful. Additionally, the cost of insurance claims related to civil unrest and riots is dwarfed by natural disasters such as hurricanes.

Understanding the financial strain that civil disorders are costing the United States, is there a way to make protests more peaceful so we can reduce the damage costs that we incur? Let us know in the comments below.