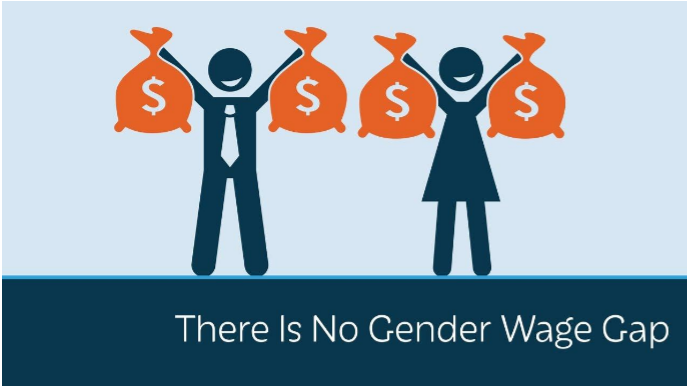 The constant shouting about how women make 77 cents for every dollar a man makes is a misleading and ultimately inaccurate statement. Women are working more than they ever have and are in turn making more money now than at any point in our nation’s history. The discrepancies in income between men and women come down to choices and the statistics that the moaners of gender inequality in the workplace are promulgating a false narrative.

Christina Hoff Sommers, Resident Scholar at the American Enterprise Institute, explains in a Prager University video the deceitful statistics on display and unveils the truth about the oft-mentioned wage gap between the sexes.

The gender wage gap is essentially nonexistent. This is a truth that many on the left do not want to face but this cannot be ignored if you take an objective look at what is really going on with the choices men and women make in their careers and take a two inch deep dive on the statistics that have been used to deceive Americans into thinking something that is inherently false.

Women do not make 23% less than men in the workplace. The 77 cents on the dollar statistic is calculated by dividing the median income of men versus women working full-time in all industries, all occupations, and all levels of experience across America. These calculations don’t reveal anything because they do not take into account one’s occupation, position, education, or hours worked per week.

The American Association of University Women (AAUW), a feminist organization, wrote a report on the subject in 2012, titled, “Graduating to a Pay Gap.” In it, they took a closer look at the supposed wage gap and found that it was virtually nonexistent. After controlling for several factors such as the different choices men and women make in and out of the workplace, they found that the wage gap only narrowed to 6.6 cents. 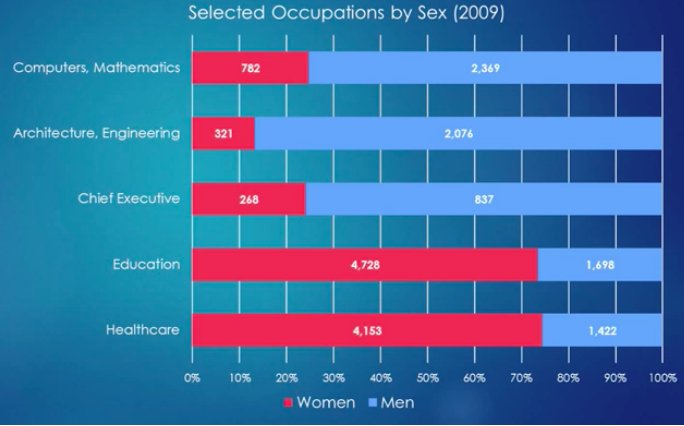 This small wage gap still exists not due to discrimination or bias in the workplace, but in the individual career choices men and women make. In 2009, the U.S. Department of Labor released a paper that examined more than 50 peer reviewed studies and concluded that the wage gap is a result of the choices male and female workers make. Once these differences were accounted for, the wage gap is somewhere between 4.8% and 7%, similar to what AAUW found a few years later.

Georgetown University researched the 5 best-paying college majors and broke down the number of men and women in those fields:

And here are the five worst paying college majors:

The choices women make by not pursuing careers in the better-paying fields result in the small wage gap that exists today. Furthemore, men and women make different choices in the workplace in the exact same careers. For example, men make 18% more than female nurses. Why? Three reasons: male nurses gravitate toward the best-paying specialties, work longer hours, and are more willing to relocate to other cities for better pay.

READ  Warning Signs A Correction Is Ahead

No one knows for sure why there is still the small 5 to 7 cent wage gap and both the AAUW and Department of Labor reports conceded this point. There are simply too many variables that affect income and wages. No single study can adequately cover them all and come to a sound conclusion on the subject.

It’s time to stop yelling out the worst case scenarios regarding gender inequality like sexism and discrimination in the workplace. Sure, it exists. But it has virtually nothing to do with women being paid less than men, which they really aren’t. Women are empowering themselves and make up a sizable majority in our nation’s schools and colleges. Certain situations arise out of experience and each situation in terms of pay is different depending on the individual’s past work and even age.

People aged 55 to 64 earn twice as much on average as 20 to 24 year-olds do. Is this ageism? Age discrimination? Or is it a fact of life that older workers with more experience and proven competency will demand higher earnings? Statistics can be quite deceptive and very misleading if not viewed in the proper context or if someone is trying to promote a certain disturbing trend to fit their ideology and feed a narrative unmoored from reality.

Marriage also plays a massive role in wages. Women drop out of the workforce much more often than their male counterparts and often during pivotal points in their careers. When one decides to have kids, time tends to vanish and priorities begin to shift toward the home and the family over the workplace. Women are also more likely to work part-time in order to get home to the kids, working fewer hours and making less money.

Another significant factor is hours worked. Women actually earn 4% more than men do in the 1 to 34 hour per week range. But in the 41 hour and over work week range, people earn about five times more than those who work under 34 hours a week. And as has been mentioned, men are willing to work longer hours than women most of the time, which contributes to the miniscule wage gap and the misleading 23% gap nationwide that compares the median male to median female income across all experience levels and occupations. 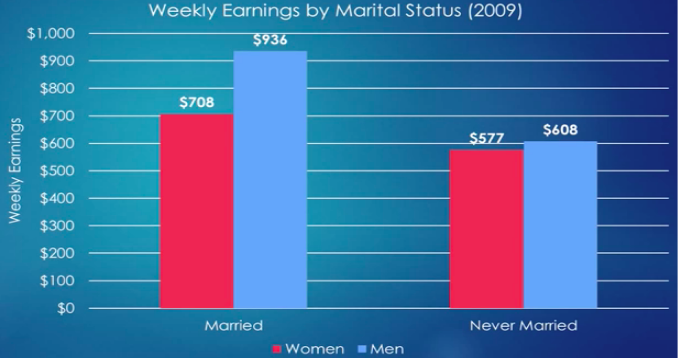 Women are not struggling in the workplace as they once were. In fact, they’re thriving.

The number of women making six figures or more is increasing year after year and is actually rising at a faster rate than it is for men. For insight on the qualities and characteristics a woman must possess to earn as much as they want, I suggest reading Barbara Stanny’s Secrets of Six-Figure Women, an enlightening and informative read. She delves into all kinds of working women in a wide array of occupations and industries and discovers the secrets to their success. I do not doubt that the trend of women succeeding more and more in the workplace has not slowed down in recent years.

Millennial women are actually worried and ashamed of earning more than their boyfriends and husbands, according to a recent article on CNBC.

It is no longer a rarity for women to earn more than their significant others. In 2015, there were 38 percent of American wives who made money than their husbands. Having said that, many women still remain ambivalent about being breadwinners. They merely want to share in the financial responsibility and maintain an equal load with their husbands or boyfriends.

In our culture, we are still getting past the point of when men were the sole breadwinners in the household. Women are far from chained to the stovetop anymore as they rise in the workplace and make more money than they ever have.

Ashley Ford for Refinery29, who cares little about the fact that she makes 70% more than her significant other, seeks to understand why so many Millennials voice concerns or even feel shame about succeeding in the workplace and making more than the man in their life. But even Millennial women are impacted by the culture of having women in the kitchen and raising the kinds. Many still believe that men should be earning more so they can provide for the family. If they don’t, then they see that as a problem. When women make more than men, many feel guilty or ashamed while men feel emasculated. 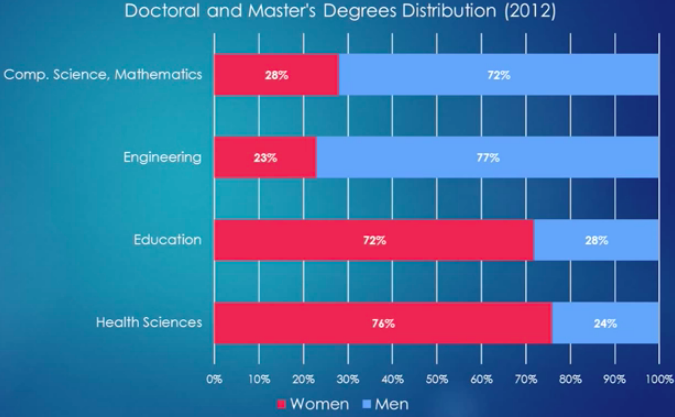 Yet, in today’s world of the dwindling and essentially nonexistent gender wage gap where women are excelling in the workplace, it should not be surprising that some conflicts arise in relationships where the pay between the couple is at a stark imbalance. Women simply want to share the financial responsibility, even though some feel guilty for achieving financial independence and being adequately compensated for their hard work. In the end, women want to work as much as men do. A Bureau of Labor Statistics study revealed as much when it reported in 2014 that even “most mothers surveyed would like to work part time or full time.”

So let’s keep things in perspective and not harp upon how overlooked women are in the workplace. Let’s not focus on how women are not making as much money as men but emphasize why that is. Let’s remember that the choices we make throughout our lives impact how much money we earn. Let’s not point to the wage gap as something that must be remedied immediately because it is actually a tiny fraction of what most believe it is, and instead promote the significant gains women are making in their careers and talk about how more of them can attain that success.

The 77 cents women make for every dollar a man makes is a myth. There is no gender wage gap. Don’t be fooled by the narrative that women are being held back or looked over. They are asserting themselves more than they ever have and we are all better off for it.