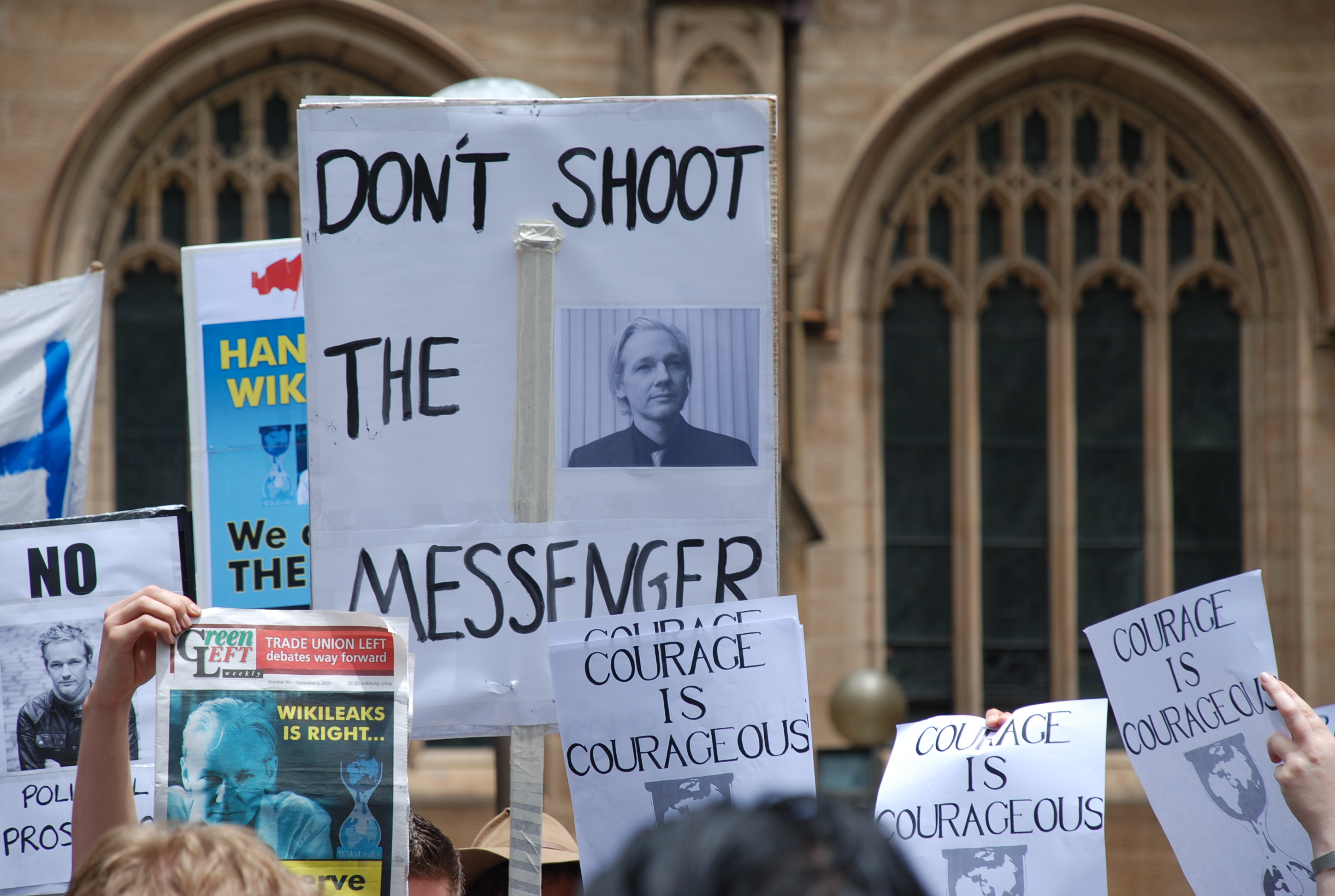 Three of the most demonized figures of our time seem to be floating in each other’s orbits; much to the horror of Liberal commentators. With Nigel Farage’s visit to the Ecuadorian embassy on Thursday, rumours are rife regarding this as a possible outreach to Assange. Nigel, in his usual style only commented that “I never discuss where I go or who I see.” And while it would be wrong to speculate (because whatever speculation we make will most likely turn out to not be correct), on reasons for the meeting, it is worth looking at the Grander Scheme and the wider view.
Assange, through Wikileaks, has long been a thorn in the side of US politics, but a closer inspection of the Spider’s Web shows that the Obama/Clinton friendly media tend to use Assange in whatever narrative they happen to pushing. For example, the NYT publish articles that (heavily) hint at collusion between President Trump and Julian Assange (as does the Guardian, the WSJ etc…), whilst at the same time being listed as Partners of Wikileaks:

Assange was once regarded as a bit of a hero by the MSM, until his exploits started to coincide with Trump’s presidential run when both men cast heavy doubts upon the idea that Russian hackers were affecting the race. Then he became a pariah.
Then there’s the relationship between Donald Trump and Nigel Farage. Both are (in the wonderful words of Mario Puzo) “Men of Will”, and both have put themselves above the parapet to speak up for and stand by their beliefs. They are both patriots, they both face the daily scorn of the media and the establishment, yet they both continue to push on and “take arms against a sea of troubles, And by opposing, end them? It is by the bravery of such men (and women), that the world becomes a better place. The two men are clearly fond of each other, and wouldn’t it be natural for friends to help each other in making relationships? Or to perhaps act as go-betweens?
Perhaps this could be the start of a Triumvirate of influence? Or perhaps it is the opening of a dialogue that could lead to a Presidential Pardon? Either way, the fact that all of those involved are playing their cards close to their chests shows that at the very least, this is not some publicity stunt.

1 thought on “Trump, Farage and Assange: The connections, the Implications and the Hopes”