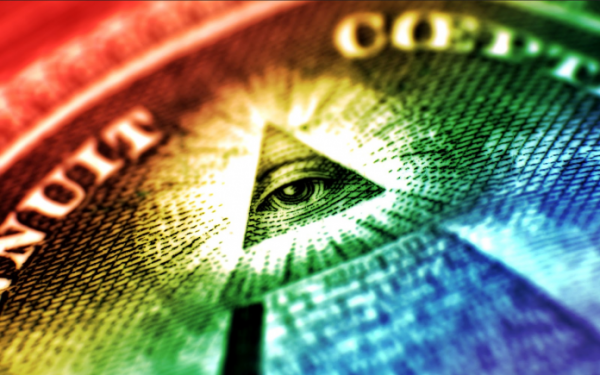 The Bilderberg Group conference is being held less than 30 miles from the White House, and the number one subject on the official agenda this year is Donald Trump. The three day summit began on Thursday, and the Westfields Marriot in Chantilly, Virginia has essentially been transformed into an armed fortress in order to protect the 131 dignitaries that are attending. But unlike other gatherings of world leaders, the mainstream media won’t be telling us what is going on inside because reporters are banned.

These meetings are designed to be highly secretive, and for many years you were labeled a “conspiracy theorist” if you even suggested that the Bilderberg Group existed. Thanks to the relentless work of investigative journalists, we know a lot more about Bilderberg these days, and they have taken a few steps toward becoming more public. For example, they have published a list of the key topics that will be addressed at the summit this year. The following comes from the official Bilderberg Group website…

As you can see, Donald Trump is at the top of the list. The elite consider Trump to be the biggest threat to globalization that they have confronted in a very long time, and most of them would love to see Trump removed from office somehow.
The eighth topic on the agenda is closely related to Trump. The elite talk about “populism” as if it is a bad thing, but aren’t our leaders supposed to be trying to do what is “popular” with the people? Isn’t that what democracy is supposed to be all about?
And what is the alternative? Are we just supposed to allow the elite to control both political parties and therefore control all political outcomes no matter what the people may want?
Point number nine is very interesting as well. The elite like to uses phrases such as “the international order” and “global governance” rather than phrases such as “world order” or “new world order”, but the meaning is the same. The ultimate goal is to merge the entire planet into a single global system, but right now nations such as Russia are a bit of a headache for the globalists.
Every year, some of the biggest names on the entire planet attend the Bilderberg Group meetings. The list of those that have attended previous conferences includes Bill Clinton, Hillary Clinton, George H.W. Bush, Prince Charles, David Cameron, Tony Blair, Henry Kissinger, Bill Gates, Angela Merkel, Ben Bernanke, Rick Perry, David Rockefeller and Joe Biden. But none of them ever talks publicly about what goes on at these meetings because they are instructed not to do so.
Needless to say, a number of the big names that will be attending this year will be absolutely furious that President Trump has just announced that the U.S. will be pulling out of the Paris climate agreement. Many Americans don’t even know that the Paris climate agreement is, but for the elite this is about as big as it gets. The Paris climate agreement was supposed to be a giant step forward toward globalization, and almost the entire planet was on board.
Now that Trump has decided to pull out of the agreement, criticism is coming in fast and furious from top leaders all over the globe…

See also  They don't know any better because our media are dishonest hacks with a political agenda.

Before he even sat down, his predecessor Barack Obama launched an all-out assault, saying Trump ‘joins a small handful of nations that reject the future’.
The leaders of France, Germany and Italy said the decision was ‘regrettable’ and that the deal was ‘non-negotiable’.
Elon Musk, the Tesla billionaire, said he was quitting advising the White House, tweeting: ‘Leaving Paris is not good for America or the world.’

Incredibly, many Democratic politicians are already promising to defy President Trump. In fact, a number of mayor and governors have already pledged to continue to honor the agreement.
Out of everything that Trump has done so far, pulling out of the Paris climate agreement is going to be the thing that the elite hate the most. So as much as they wanted him gone before, now their hatred for him is going to go to a whole new level.
And we are already seeing this in just the first few hours after Trump’s announcement. For example, billionaire climate activist Tom Steyer says that what Trump has done is “a traitorous act of war against the American people”…

Billionaire climate activist Tom Steyer called President Trump a traitor if he makes good on his promise and exits the Paris climate change agreement.
“If Trump pulls the US out of the #ParisAgreement he will be committing a traitorous act of war against the American people,” Steyer tweeted.
Steyer was very active during the presidential campaign through his group, NextGen Climate, and has become a leading activist in an agenda that supports moving the nation toward 100 percent renewable energy over the next 25 years.

It is important to understand the mentality of these people. They literally believe that climate change is the greatest threat that humanity is facing, and that anyone that opposes their agenda is literally putting the future of the human race in peril.
Of course that is absolute nonsense. Carbon dioxide is a life-giving gas, and without it all life on our planet would cease to exist. Scientists tell us that life absolutely thrived when levels of carbon dioxide were much, much higher in the ancient past than they are today. In fact, some scientists point to evidence that levels of carbon dioxide in the atmosphere were once four times higher than they are right now.
Humanity is certainly facing a lot of threats, but carbon dioxide is not one of them. But to the true believers, the facts don’t really matter. Despite a mountain of contrary evidence, they are convinced that carbon dioxide is the primary cause of climate change, and that warming temperatures could ultimately wipe out the human race.
And since Donald Trump is standing in the way of their agenda, he is now enemy number one, and they are going to do all that they can to get rid of him.