Now that gasoline is $7 a gallon it’s time to restart your commute! Holy tonedeaf 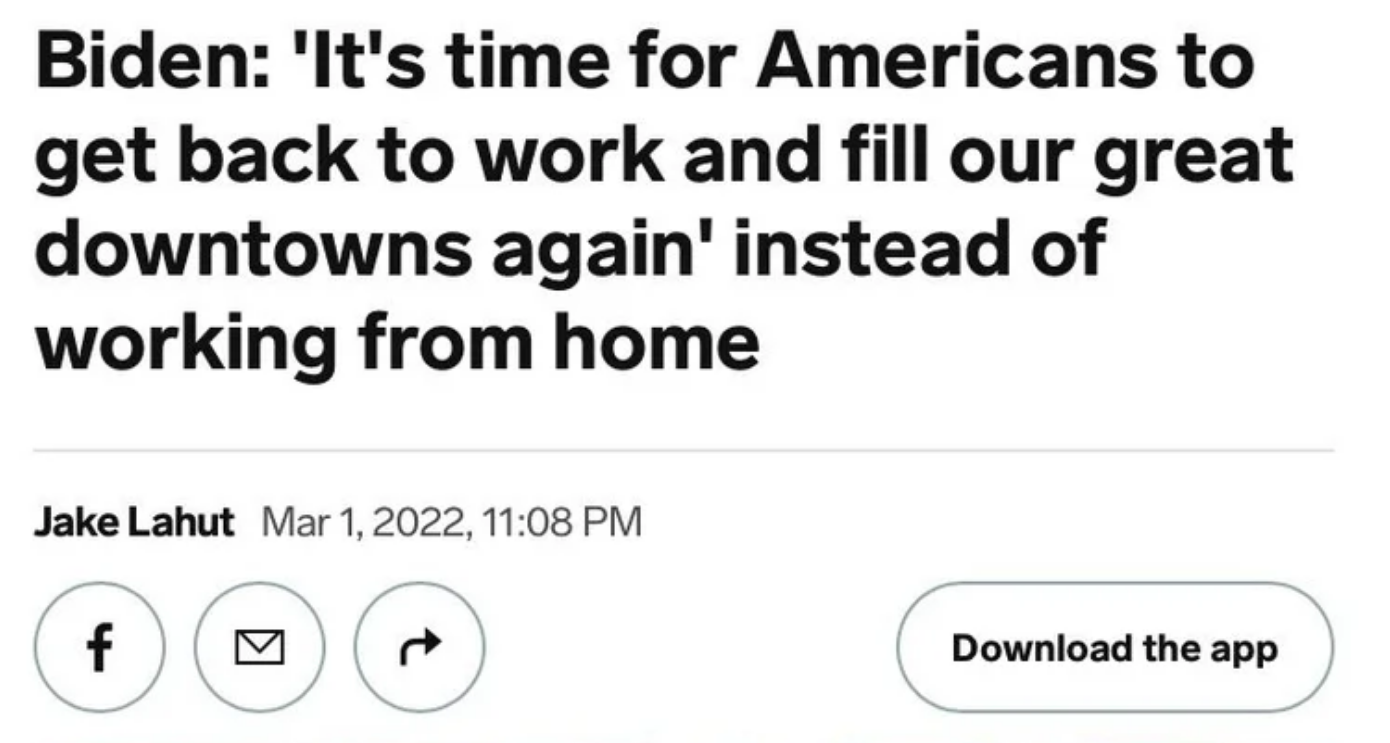 WELL: Alright, Let’s Talk About Fuel Prices and How We Got Here. “Fuel prices have, like most other things, become totally ridiculous. In the United States, the average rate for a gallon of gasoline has eclipsed $4.00 for the first time in a decade. Though what’s probably the most alarming is how quickly it happened. Plenty of Americans could still find fuel for under $2.00 a gallon in April of 2020, meaning we’ve seen prices effectively double within two years in the United States. Meanwhile, European nations more accustomed to lofty fuel bills have been sounding the warning bells (especially in regard to diesel) for months. Despite the issue existing long before Russia invaded Ukraine, the war has become the de facto explanation among politicians for why you had to swap to less-fancy dog food and off-brand soda to keep the truck gassed up.”

Pres. Biden asked what can be done about skyrocketing gas prices: "Can’t do much right now. Russia is responsible." pic.twitter.com/kqqjx0A6YV