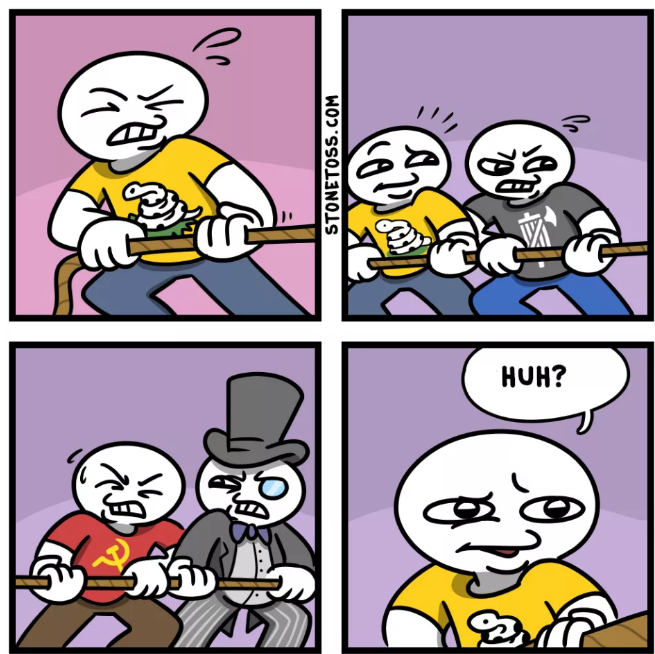 As I already told you in yesterday’s article, one of President Trump’s campaign ads was banned by both mainstream media outlets (the likes of CNN, MSNBC, Fox News et al) and Facebook. The reason for banning the ad in question was racism. When anything else fails, and the left is close to losing the argument, they call you racist. And usually, they win. Well, that used to be the case until Donald Trump entered the political sphere. Here’s Trump epic comment to a reporter whining about his campaign-ad being offensive:

The left is really losing its collective mind over this ad, because it’s pure veritas:

It is outrageous what the Democrats are doing to our Country. Vote Republican now! t.co/0pWiwCHGbh pic.twitter.com/2crea9HF7G

What’s really interesting is that not only Facebook and CNN, the “left eye of Sauron” that is, banned this ad. Fox News did the same. And that’s quite interesting, to say the least. My first reaction was: et tu, Fox News? All Trump ever did was to show illegal “meskin” killers in action. Now, if someone’s feelings were hurt by showing that not all illegals in the US end up to be architects and engineers, well, tough luck. The video in question showed an actual illegal alien turned serial-cop-killer, then hinted that allowing thousands upon thousands of unvetted illegals to enter the US because “muh reasons and muh feels” will end up with more innocent Americans getting killed, raped and maimed. They’re not sending their best kind of thing, which is 100% true. Educated and law-abiding people don’t enter other countries via illegal means. Only people who don’t care about the law do that.

Since Trump’s ad was true and very powerful, the left did what it does best, and banned it all over the place. Again, including those cuckservatives from Faux News.

Now, I’ve been thinking about this. I’m sure Fox News only agreed to pull that advert yesterday, which means it is unlikely that anyone would have been persuaded after that point to get on the Trump train that wasn’t already on it. But by ceding to this demand, what they have done is managed to get people talking about the ban, which in turn gets the advert to be seen by more people.

For example, CNN would never agree to take money to run the Trump advertisement as an advertisement. But when the story becomes “Even Fox News bans disgusting Trump advert”, then they inadvertently end up giving the advert publicity, even playing the advert within the narrative frame of “OMG I just can’t even”. But the point is that the advert gets played on air, if only in part, and they are talking about it. People get curious. Especially about something so edgy that even Fox News bans it.

But yes, I still believe the left’s successes in banning stuff both on TV and the internet is disgusting and needs to be stopped. I just find it interesting that Fox ceded to their demands so late in the day, as to make the action negligible in effectiveness, and maybe even be a bit 4D chess-like.

I’ve said it before and I’ll say it again: Mr President, open up the charge of SEDITION again under National Security. The system doesn’t shut itself down. It only understands FORCE.