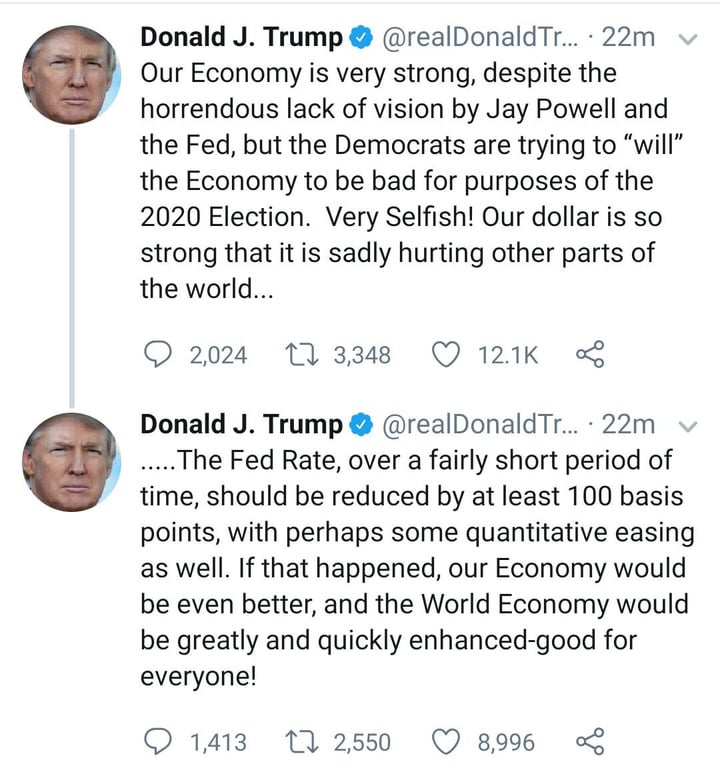 ALERT: Trump wants Fed to cut rates by full 1 percentage point-a move only considered when U.S.economy is on the brink of recession

President Trump on Monday called for the Federal Reserve to sharply cut interest rates and again criticized the central bank’s chairman for a “horrendous lack of vision,” while reiterating his belief that the U.S. economy is strong.

The president said in a pair of tweets Monday morning that the Fed should cut its benchmark interest rate by at least a full percentage point and resume its crisis-era program of buying bonds to lower long-term borrowing costs. Such moves would typically be considered only when the economy faces serious peril, which Fed officials don’t believe to be the case.