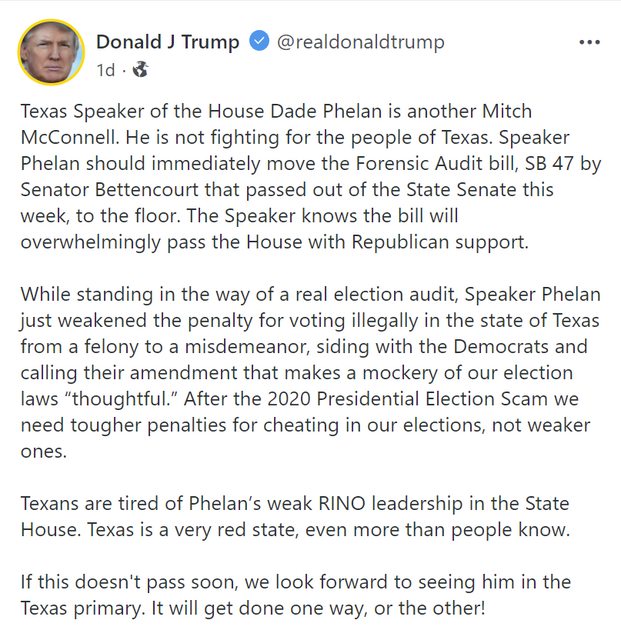 Texas Speaker of the House Dade Phelan is another Mitch
McConnell. He is not fighting for the people of Texas.
Speaker Phelan should immediately move the Forensic Audit
bill, SB 47 by Senator Bettencourt that passed out of the
State Senate this week, to the floor. The Speaker knows the
bill will overwhelmingly pass the House with Republican
support.

While standing in the way of a real election audit, Speaker
Phelan just weakened the penalty for voting illegally in the
state of Texas from a felony to a misdemeanor, siding with
the Democrats and calling their amendment that makes a
mockery of our election laws “thoughtful.” After the 2020
Presidential Election Scam we need tougher penalties for
cheating in our elections, not weaker ones.

Texans are tired of Phelan’s weak RINO leadership in the
State House. Texas is a very red state, even more than people
know.

If this doesn’t pass soon, we look forward to seeing him in
the Texas primary. It will get done one way, or the other!