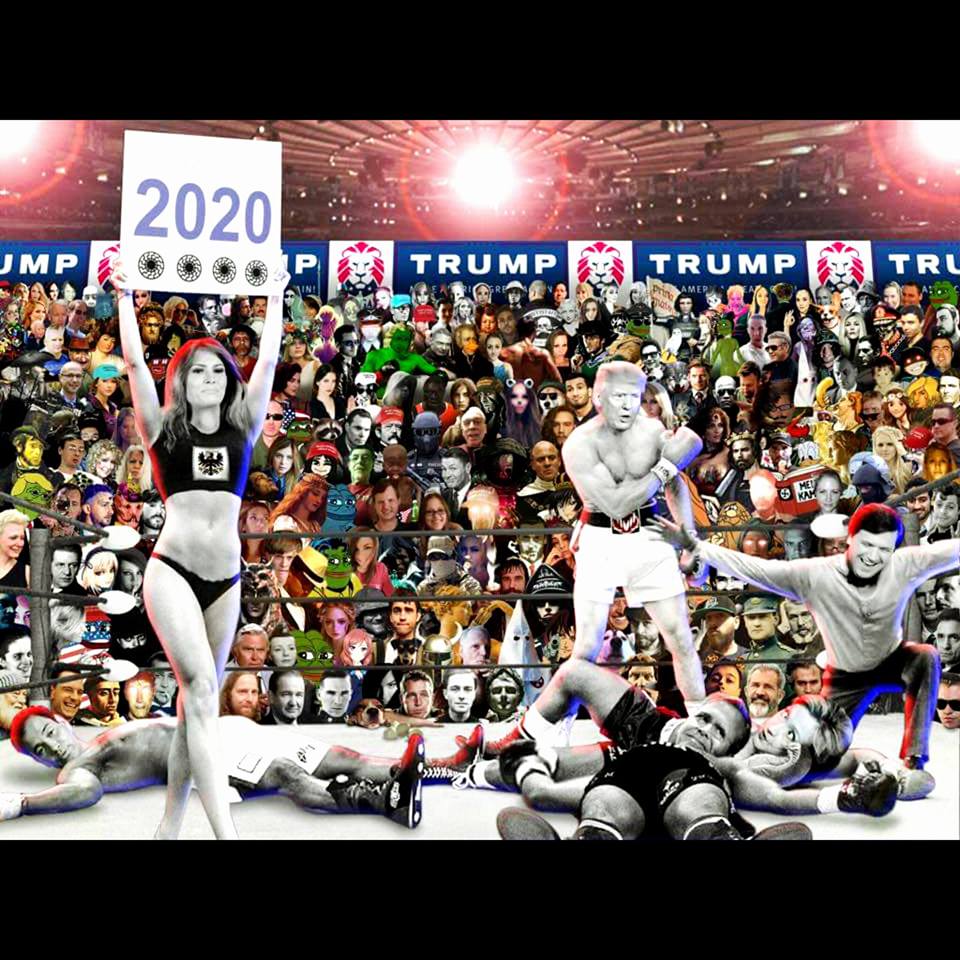 Watch liberal heads explode! President Trump has stated the obvious on Tuesday, just as Paul Manafort trial saw its first day in court: Collusion is not a crime. Indeed, that’s what normal people were saying since like, I don’t know, 2016? Even if the alleged Russian collusion  (whatever that means) conspiracy theory would end up to be proven real (not in a million years), it’s not an actual crime, so what’s up with that?

Moving along with our story, Trump masterfully took control over the left’s news cycle today via Twitter, obviously:

Collusion is not a crime, but that doesn’t matter because there was No Collusion (except by Crooked Hillary and the Democrats)!

Is Robert Mueller ever going to release his conflicts of interest with respect to President Trump, including the fact that we had a very nasty & contentious business relationship, I turned him down to head the FBI (one day before appointment as S.C.) & Comey is his close friend..

….Also, why is Mueller only appointing Angry Dems, some of whom have worked for Crooked Hillary, others, including himself, have worked for Obama….And why isn’t Mueller looking at all of the criminal activity & real Russian Collusion on the Democrats side-Podesta, Dossier?

Leftist took President’s tweet as an admission of collusion of sorts. Don’t ask me why, I cannot understand how the progressive (hive) mind works. What no one’s talking about is that Paul Manafort trial is a joke. Why? Well, Rosenstein himself cleared Manafort of these charges 8 years ago!

Would be curious to see if Rosenstein is called as witness to defense since he was the one that exonerated Manafort previously for the same charges. That course of action could possibly be used for introducing (now classified) evidence legally into the trial.

I still do not understand why charges of tax evasion are not the jurisdiction of the IRS to prosecute, instead of Mueller’s. Did Judge Ellis ever see Mueller’ scope memo from Rosenstein?

Another thing is that it would be VERY easy to replace Paul Manafort’s name within the case with William and Hillary Clinton. Why aren’t the Clintons up for trial on the exact same charges? Manafort will be charged with some minor process crime and the left will once again be dissatisfied with the justice system.

Moreover, how did these business dealings from 10 years ago have anything to do with collusion with Russia by Trump? I thought that was the intent of this special investigator stuff, i.e. to see if Trump’s campaign had been infiltrated or unduly influenced by Russian agents. Manafort’s trial has absolutely nothing to do with Russia or Trump’s campaign. Manafort is on trial for money laundering and tax evasion, which allegedly happened in 2008-2009.

When the alleged charges were committed about ten years ago, Manafort worked for the Podesta Group — a Democrat lobbyist firm. John and Tony Podesta founded the firm.

Here’s from a Fox News piece:

“President Trump repeatedly has called the Mueller probe a “witch hunt,” and his attorney, Rudy Giuliani, has suggested the investigation is “rigged. Neither the Virginia trial nor Manafort’s separate upcoming trial in Washington, D.C., directly relates to any alleged collusion between Trump officials and the Russian government, or purported Russian disinformation campaigns — a fact that led to a tense courtroom showdown just months ago.  The judge in the case harshly rebuked members of Mueller’s team in a preliminary hearing in May, saying they were pursuing the case against the ex-Trump adviser as a means to target the president.

The judge actually said that Mueller “doesn’t care about Manafort’s missing taxes”, that he knows Mueller is only doing this to get Manafort to “flip on Trump.” Since saying that, today he also said he didn’t want the words “Russia” or “Trump” to be used during the trial.

The problem is Manafort would have already “flipped” if he had anything he wanted to use. He may  win anyway, even though the jury pool comes from 70% liberal territory (on purpose).There would be no Mueller trial if he already did flip–wouldn’t be a Mueller priority if he had gotten his 411.

The real hope Mueller has is that Manafort will flip on Trump Jr about the Russia meeting, and Trump will pardon his son if convicted. Then he’s got obstruction by Trump to go after for prosecution or impeachment. Your tax money at work!

If you ask me, Mueller’s gonna lose, and it will be in a spectacular way.  Manafort was a deep state plant that arrived into Trump’s campaign already under FBI investigation, just like the other plants/spies/informants placed into Trump’s campaign. There’s a reason they have been keeping him in solitary confinement. It was all part of a bold plot to keep Trump out of the White House, or remove him if he got in. The plot included the major media outlets.

See also  Dick Morris: Hillary Clinton Will Run Against Trump in 2024--and I think Trump is going to win handily.”

If I was Manafort, I’d be bringing up every link he has ever had to Clinton’s cronies like Podesta. Talk about any bank accounts they might have had tied to FARA work etc. At least get it in the public record that the likes of Podesta are corrupt as well as Bernie’s campaign guy.

The elephant in the room, which actually it is so huge and malodorous that it would better be called the tyrannosaurus in the room, is that the FBI and the DOJ has been turned into the hired hit men of the oligarchy. They will act on marching orders from their elite overseers to go after their political opponents, by threatening family and acquaintances with life in prison, unless they provide dirt on the enemies of the elites.

And maybe a third of America is kosher with that?

Manafort, may or may not be a piece of work, but I would rather not live in a police state. The “Russian Interference” he is supposedly connected to was manufactured by Hillary Clinton and the DNC with the fake Russian Dossier THEY PAID to have authored.

They left out that little fact when they went to the FISA court for a warrant to spy on the Trump Campaign. It’s all political bullshit from the get go.