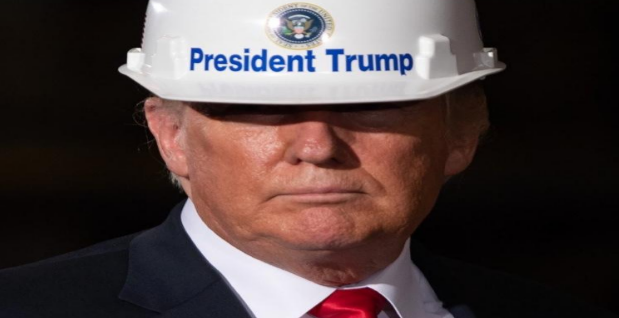 We now have less than 100 days left until the November 2018 midterm elections. While the economy hums along at its highest growth rate since 2014 and taxpayers have more money in their pockets, the liberal mainstream media is clinging to the notion that a blue wave is coming this fall.

While recent historical trends would hint that Democrats will gain a number of seats in November as Clinton lost seats, Bush lost his conservative friends, and Obama lost his majority, it is worth mentioning that we are living in unprecedented times. The political pundits could not foresee the Trump phenomenon and dismissed him at every turn as a laughing stock and a sideshow clown, failing to understand the real issues facing middle class Americans. Today, they are pointing to the same ridiculous polls in support of their theory of the incoming wave of Democrats coming to unseat Republicans on Capitol Hill.

Real Clear Politics tallies a 7 point lead for the Democrats on the generic ballot at over 7 points. Nate Silver’s FiveThirtyEight puts the Democrats lead even higher, hovering at a 7 to 8 percent advantage in recent days. Even the most predictive poll of 2016, Rasmussen, has the Democrat advantage in the generic poll at plus 7. However, these numbers are essentially meaningless as they poll all Americans from all states and ask them which party they would support in the November election. But each state is different. Each race has its own dynamics. Each race includes a certain competitive nature that others do not. These numbers do not mean a blue wave is coming to the shore, they merely suggest Americans want to counterbalance the right’s current grip on power in DC. From where I’m sitting, Americans don’t seem all that upset at what’s going on in this country (besides the America was never great snowflake anti-Trump pro-Antifa thugs that snatch MAGA hats off teenagers’ heads).

The mainstream media decry Trump’s abrasive personality and brash tactics, claiming the president is turning off independents and failing to galvanize or grow his base. But this is far from reality. Trump is working for all Americans and the recent GDP figures and increasing consumer confidence following the December 2017 GOP tax cuts are the most recent sign of that. The left melting down and offering nothing other than being anti-Trump and the party of increasing violence means they are losing and running out of options.

This is not to say Trump is perfect and the Republicans are going to solve all your problems. Unlike the cult of personality that was the Obama-can-do-no-wrong progressive party of the last decade, Trump nation knows the president is flawed, but he’s making real progress in bettering the country. Recent developments are making the case that the GOP are at least looking to put more money in your pocket and put America first by renegotiating bad deals, reducing your tax burden, and opening the floodgates of the American economic engine.

Gross domestic product grew at a 4.1 percent rate in the second quarter this year, the best pace since the third quarter of 2014, providing a glimmer of hope that Trump’s pro-business deregulatory agenda are starting to pay dividends. Though a portion of the spike in GDP was due to a rise in exports as companies fear the increasing trade war with China, the numbers were also buoyed by surging consumer spending and business investment. Furthermore, the Commerce Department revised the first quarter’s GDP rate to 2.2 percent, up from 2 percent.

It remains to be seen if the tax cuts were the main driver causing a short term spike in GDP. A long-term consequence of the tax cuts amidst continuing out of control spending by the U.S. government is that the annual federal deficit will be $1 trillion as soon as 2019. Still, President Trump’s prioritizing of job creation is seeing continuing results. 1.29 million jobs were added in the first six months of 2018, on pace to exceed both 2016 and 2017. However, the skills gap of companies being unable to find qualified people is a problem that must be addressed. Perhaps a merit-based immigration system instead of H1-B and the lottery system, Mr. President?

Hourly wages were stuck around 2 percent from 2009 to 2014, but have since risen to the 2.5 to 2.9 percent range in the last three years. We won’t see a really energized economy until we see wage growth surpass 3 percent and stay there. But with high paid individuals leaving the workforce in our aging economy and younger Americans entering the workforce with no experience, it is likely to stay well below 3 percent for the foreseeable future. Nevertheless, wage growth is getting close to where it needs to be. Average hourly wages jumped 2.9 percent year over year in the first quarter 2018, up from 2.6 percent the quarter before, marking the highest wage growth since June 2009.

Despite all this rosy economic rhetoric, there is still a dark underbelly to all of this as we are suffering from an epidemic of drug addiction, homelessness, underemployment, and skyrocketing household debt. But when we’re talking about who is going to win the next election, it’s about the economy, stupid. And the economy is doing well for those who are employed in a job they are competent in and for those who pay taxes. According to the New York-based Conference Board, U.S. consumer confidence jumped to a 17-year high earlier this year as more Americans are seeing additional funds in their bank accounts following the recently enacted tax cuts.

The highlight of Trump’s first eighteen months in office has been the rebound of manufacturing. In the first half of 2018, there were 174,000 manufacturing jobs added. Putting this in perspective, that amount alone is more than any other full year over the last decade and well more than any added during Obama’s “you didn’t build that” economy.

U.S. manufacturing expanded in December 2017 as gains in orders and productions ended the year as the strongest for factories since 2004, according to the Institute for Supply Management. Elevated business investment, improving global economic conditions, and steady spending by American households have resulted in a constant stream of positive readings in manufacturing during the Trump economy.

Another revolution underway with the support of the Trump administration is an overhaul in occupational licensing. Far from a sexy topic, but one that affects millions of Americans and thousands of businesses that never got off the ground, Congress is finally starting to address this debilitating issue. In a bipartisan effort, Congress actually enacted occupational licensing legislation recently. The House and Senate passed the Strengthening Career and Technical Education for the 21st Century Act. This bill would allow states to use federal education funds to identify and examine licenses and certifications that “pose an unwarranted barrier to entry into the workforce.” This monumental piece of legislation could bring a much needed boost to the economy by lowering the barrier to entry and allowing entrepreneurial Americans to start their own businesses without the burden of undergoing hours of education and paying loads of fees just to get started.

But we live in hyper partisan times and the party that enjoys the wave in November will be the one that has the highest turnout. Republicans are likely not sitting back and resting on their laurels. They are witnessing the unhinging of the left and do not want to see the rise of socialism in their country that is finally getting back on track. But many Democrats will be emboldened to put a stop to the acceleration of Trump’s agenda.

Trump is more popular with Republicans than almost any other Republican president in history. A Gallup poll published last month showed Trump’s approval rating among Republicans at 90%. With the solidification of Trump’s base and its expansion to disaffected Democrats and hold-your-nose-for-the-tax cuts-and-Supreme Court-pick Republicans, I do not see anything close to resembling a blue wave in November.

But of course, CNN, et. al are holding onto hope of Democrats taking back the House.

The mainstream media see Trump’s approval ratings in the low-to-mid 40s as proof that Republicans will get whooped in November. But that is nonsense. If anything, those numbers denote a Trump landslide in 2020 and reveal a sizable number of Americans still support the most controversial president in our nation’s history during our most divisive time since 1860.

Now it is true that Republicans have more vulnerable seats up for election this November. But if you look at the states that are supposedly up for grabs, many are in states that heavily lean Republican already or are in states Trump won in 2016 like Michigan, Iowa, and Texas. The simple fact remains that these polls showing Democrats taking over the House are simply pie in the sky predictions. There is no district level data yet polling likely voters in these competitive races, so any pointing to these polls as proof of a blue wave are farcical.

There will be no blue wave in November. Mark my words.