Biden stumbles through another campaign speech: “America is dead because of COVID-19.”

Or as America’s Newspaper of Record reported in May: Biden Campaign Hires Interpreter To Translate His Speeches Into English.

In retrospect, Biden should have taken the Bee’s advice.

A CONCISE SUMMARY: “So Biden is traveling about 30 miles from home to give 2 events, while Trump is traveling something like 3,000 miles and doing 5 events in 5 states.” 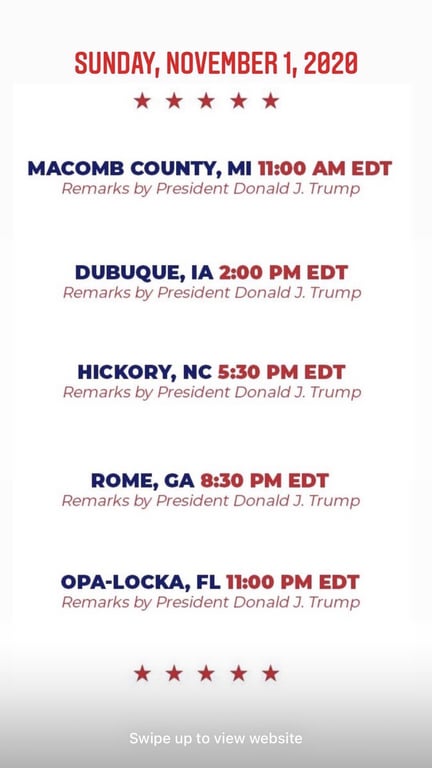 DON’T, AS THEY SAY, GET COCKY: Biden May Have the Polls But Events Are Trending Toward Trump.

HMM: Poll: Donald Trump set to win US presidency by electoral college landslide. “Donald Trump is on course to win four more years in the White House with a one point lead in the popular win, the final Democracy Institute poll for the Sunday Express has found. . . . Significantly, the President has, according to the latest findings, maintained a four point lead of 49 percent to 45 percent in the key swing states including Florida, Iowa, Michigan, Minnesota, Pennsylvania and Wisconsin. It means he is on course to easily win the electoral college by 326 to 212 votes against his Democrat rival in a result which would shock the world even more than his astonishing defeat of Hilary Clinton in 2016. The Democracy Institute/Sunday Express poll has throughout the campaign been one of the few to predict a Trump victory since March. This is because unlike other polls it only looks at people identifying as likely voters instead of just registered to vote and it has tried to identify the shy Trump vote.”