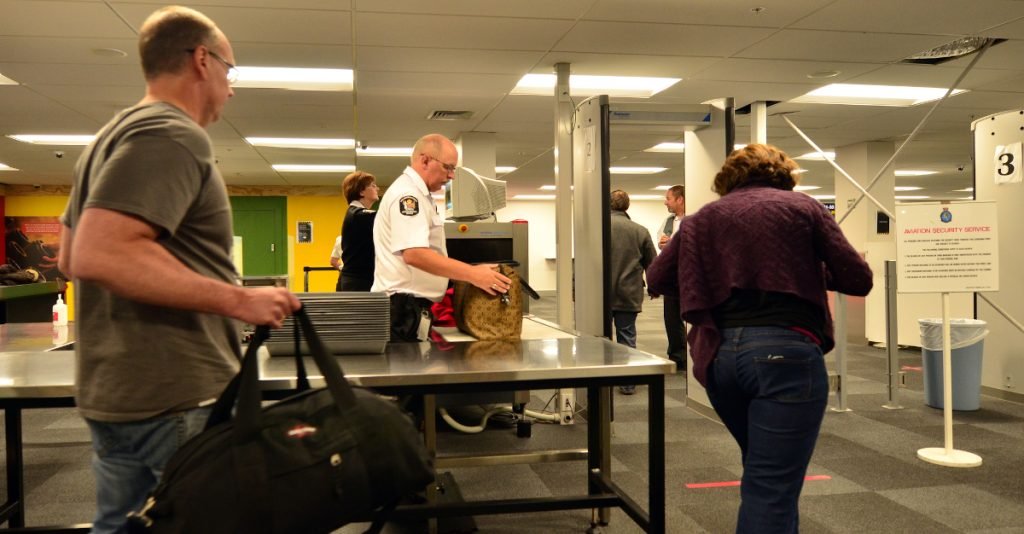 Responding to a recent Congressional inquiry, the TSA said that it allows illegal immigrants to board commercial flights without a valid ID, if they present a DHS arrest warrant.

Documents accepted by the TSA include TSA ICE Form I-200— Warrant for Arrest of Alien, ICE Form I-205 – Warrant of Removal/Deportation, and DHS Form I-862— Notice to Appear before a court due to violation of immigration laws.

There are so many levels of insanity here…

First, you don’t need and ID to vote, yet you do to fly. But if you don’t have ID and need to fly, an arrest warrant is a perfectly valid form of ID.

Second, the TSA regularly seizes cash from travelers who have large amounts of cash in their suitcases. Bear in mind it is perfectly legal to have cash, and to travel with cash. But that doesn’t stop the TSA from seizing it, because they claim that large amounts of cash may indicate criminality.

But then when someone presents real evidence, i.e. an arrest warrant, indicating they’ve been charged with an actual crime, the feds graciously let that person pass through security.

Third, this policy shows that airport security clearly has nothing to do with keeping people safe. If they really wanted to keep people safe, you’d think they would arrest these people who have presented arrest warrants as ID.

Last, the policy is a violation of the TSA’s own rules, which state, “If a law enforcement assistance is required (for example, because of an assaultive passenger or because indicators of criminal conduct are observed), TSA obtains the assistance of local law enforcement.

In other words, if the TSA suspects criminality, they are supposed to call the cops. But apparently being presented with an arrest warrant doesn’t count as observing criminal conduct.

Just a reminder, your tax dollars pay for this.

IRS Will Require Facial Recognition for Some Online Portals

Illegal aliens can use an arrest warrant as an ID, but the IRS (Internal Revenue Service) will soon require facial recognition verification for US citizens.

This summer, the IRS will begin forcing users who need to access certain IRS portals to create an account with identity verification company ID.me.

To set up an account with ID.me, users must provide an email address, their Social Security number, and a Photo ID.

Then users are forced to take a “selfie” photo on ID.me’s website, which scans your face with facial recognition software.

Your facial recognition information is stored and used for future identity verification for the IRS.

This requirement applies to those who need to access the Child Tax Credit Update Portal, an online IRS account, online transcripts, online payment agreements, or receive an Identity Protection PIN.

A Florida speech therapist says that the number of toddlers and young children referred to her for problems speaking has skyrocketed during the pandemic.

Jaclyn Theek’s clinic has seen a 364% increase in referrals from pediatricians and parents concerned that their children haven’t developed speech properly, if at all.

When asked if masks are to blame, Theek said she is “sure it’s a factor. It’s very important that kids do see your face to learn, so they’re watching your mouth.”

Theek continued, “We are seeing a lot of things that look like autism. They’re not making any word attempts. And not communicating at all with their family.”

Beyond anecdotal evidence, a recent study found that two years on, babies born during the pandemic “have significantly reduced verbal, motor, and overall cognitive performance compared to children born pre-pandemic.”

It concluded that “even in the absence of direct SARS-CoV-2 infection and COVID-19 illness, the environmental changes associated COVID-19 pandemic is significantly and negatively affecting infant and child development.”

Who had on their 2022 Bingo card: “Hong Kong residents form an underground resistance network to hide hamsters targeted by the state”?

After finding 11 hamsters with traces of COVID (out of hundreds tested) Hong Kong public health authorities demanded that anyone who bought a hamster after December 22 surrender the pet to be exterminated.

So far, just one of the 2,200 hamsters culled has tested positive for COVID. All will be killed, despite testing negative.

Last week we thought we were joking when we said Hong Kong residents were left with little choice but to form a hamster-hiding resistance network.

But that is exactly what happened.

Using a hamster-rescue Facebook group, targeted hamster owners are teaming up with volunteers who will take in their little furry enemies of the state.

Other volunteers have gone to the government’s Animal Management Centre to intercept hamster owners turning in their pets.

Government health authorities admit there is no significant risk of hamster to human transmission. But they say their hamster genocide is a prudent move anyway.

As usual, they completely ignore the psychological harm.

Children especially, to whom COVID poses a miniscule risk, have born the brunt of governments’ most insane COVID policies.

The growing mental health crisis should come as no surprise.