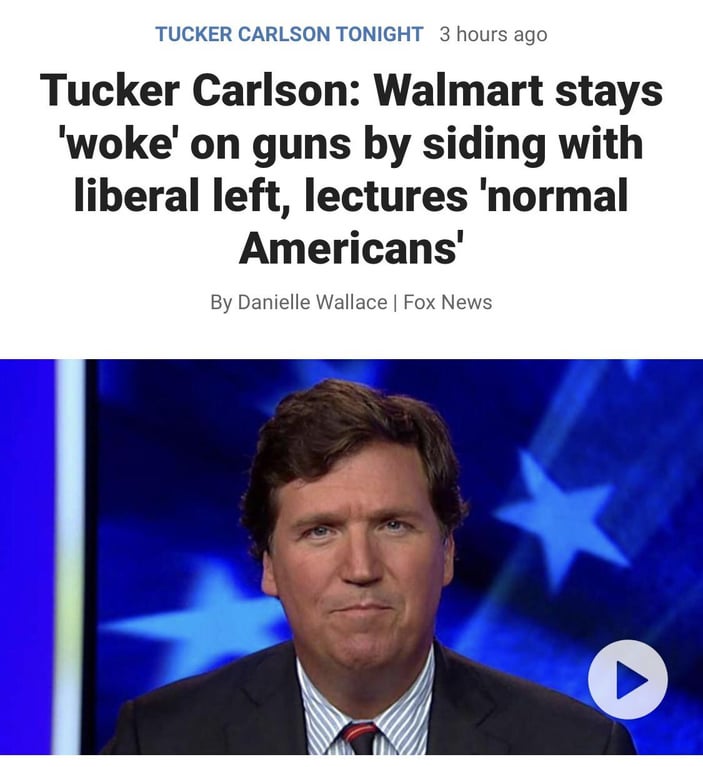 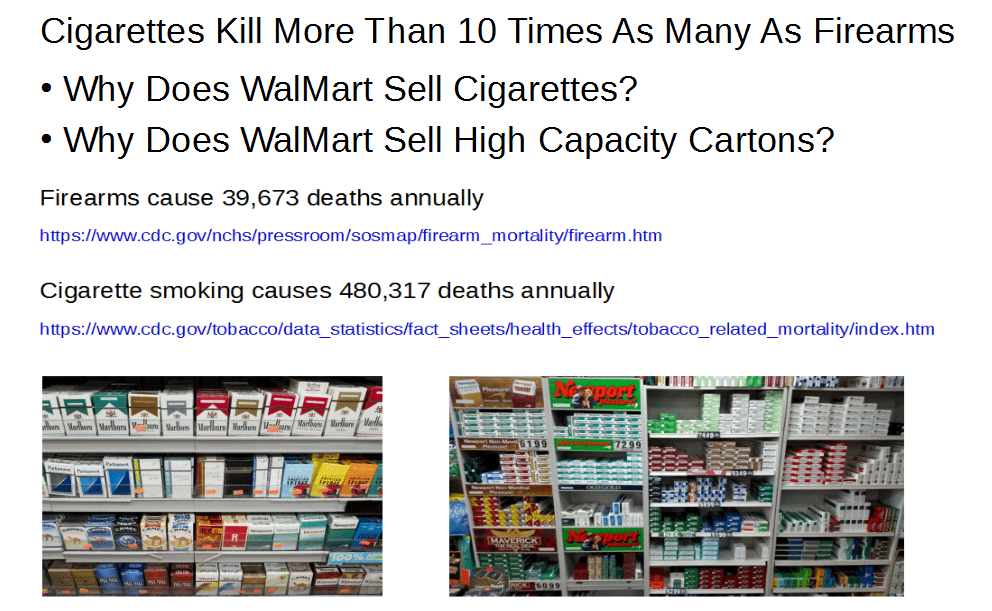 The majority of that reported 39,000 firearm deaths are from suicide. Banning every single firearm in the USA likely wouldn’t put anything more than a small dent in the number of suicide deaths.

Walmart is claiming they are no longer selling to reduce gun MURDER. That number is roughly 17,000, let’s round up and call it 20,000. That means cigarettes kill more than 20 times the number of firearm murders.