he Turkish Lira dropped 18% in relation to the US dollar on Friday morning, as tensions rose between the Turkish and American governments.

In response, President Trump declared, “I have just authorized a doubling of tariffs on steel and aluminum with respect to Turkey as their currency, the Turkish lira, slides rapidly downward against our very strong dollar!”

The Lira hit an all time low, as the two countries have been unable to resolve a range of matters, including sanctions, weapons sales, and the release of a Christian pastor.

Yet this also affected bank stocks in Europe and the US, with the Financial Select Sector ETF (XLF) down over 1% and individual banks such as Citigroup (C) down over 2%. 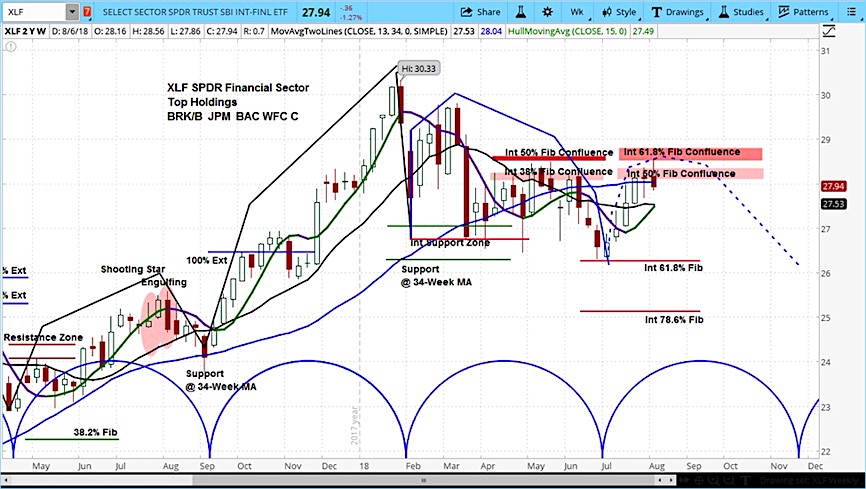 In analyzing the market cycles for the XLF, we can see that it is about a third of the way through its current market cycle, perhaps now finishing the rising phase. As , the declining phase for the ETF would last until mid-November. What is clear is that XLF backed off once hitting resistance marked by the 61.8% Fibonacci confluence. 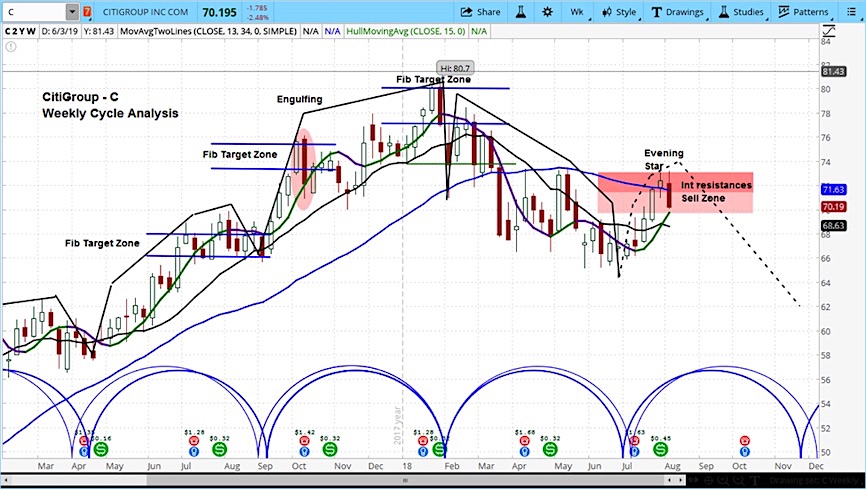 In analyzing the market cycles for Citigroup, it appears to be primed for a sell. Also about a third of the way through its current cycle, the stock declined once hitting our intermediate resistance zone.

With this cycle also set to complete in mid-November, our analysis is that both XLF and C are setting up for a decline into that period. Were this analysis to be correct, this is a bad omen for the overall stock market.

Yesterday, I sensed there was going to trouble coming to the stock market. I netted 400 percent on the SPY Puts as the market declined on fears of Turkish FX contagion.