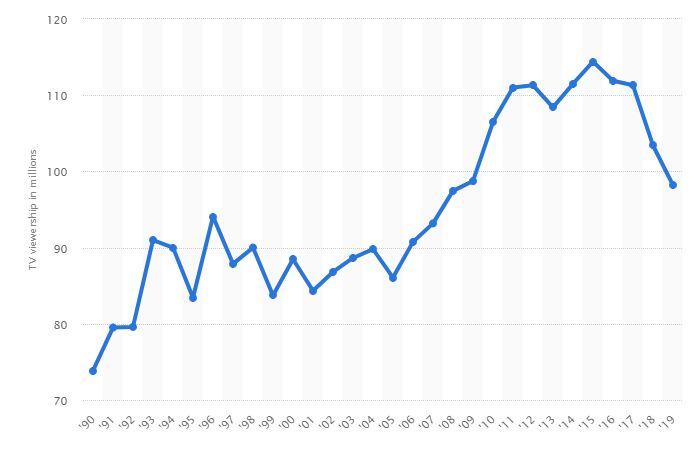 The TV viewership of Superbowl LIIII collapsed in a virtual waterfall to just 98.2 million viewers. CBS, however, said the big game was watched across all platforms — including digital and streaming — by a combined total of 100.7 million viewers. That is still a major decline down 5% from last year when 103.4 million watched the game. The younger generation is gradually declining in their interest in such sports games. Nonetheless, what it is revealing is not only are newspapers and magazine dying slowly but so is TV. Our model is showing this is a decline that will not find a low until at least 2025-2028. We elected a Yearly Bearish Reversal in 2018 and another here in 2019. We will move back into 85 to 90 million level rather rapidly.