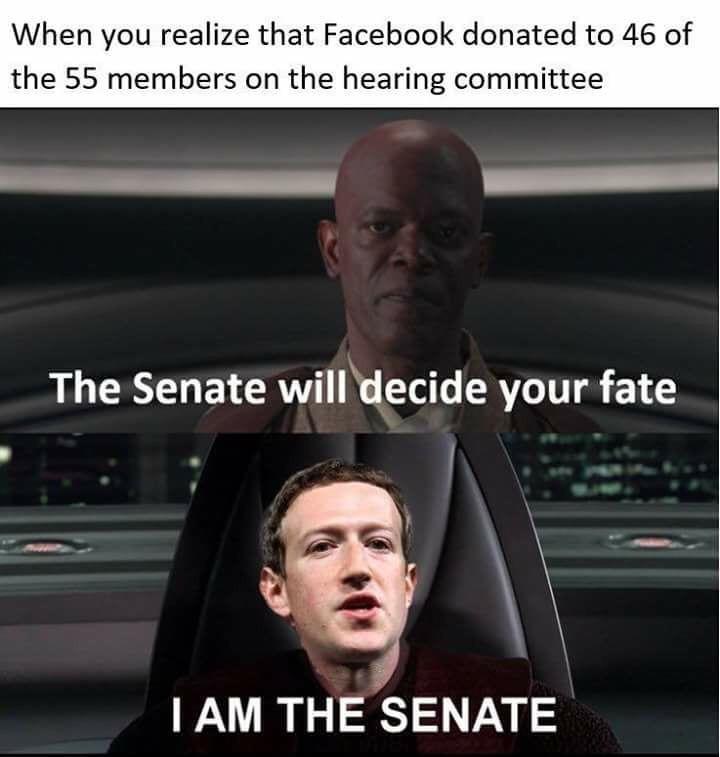 I think it was Winston Churchill who said that democracy is a terrible political system, maybe the worst ever devised by man, but yet the best we have. I am paraphrasing the man, but I think that’s what he meant. In the US though, we have a Constitutional Republic, not a democracy, as many on the left are arguing. What that means is that in the US, the majority  cannot vote to strip the Constitutional rights of the minority at any given time. Basically, there’s no such thing as “mob rule” in the US. This is the best system yet in my opinion.

However, we live in the age of the internet and social media. As Umberto Eco put it, social media gave legions of idiots the right to speak, the same right as a Noble prize winner. It’s funny, because it’s true. The problem with “democracy” is that it cannot really protect the “general public” against meddling/corruption by third parties. And this holds true especially now, in the age of mass communication and social media. Those who control the information have the power, the true power. It’s not the politicians anymore (if they ever were), but a select few elites who own a handful of tech giants, like Twitter, Google and Facebook. Or, it’s the Chinese, as Alex Jones put it succinctly and idiotically after he got deplatformed by Zuckerberg, Susan Diane Wojcicki and Lawrence Page. All Chinese.

The truth is that companies like Facebook and Google, who boast billions of users and know basically everything we do both on the internet and in “real life”, actually have the power to manipulate what people know regarding political candidates by simply favoring ones over the others via algorithm bias. However, that’s not all, I mean Google and Facebook do more than fine tuning their algos:

This is from Motherboard:

“Facebook plays a positive role by helping leaders like you connect with voters,” Mark Zuckerberg told European Parliament members in May.

The CEO’s appearance was meant to clarify Facebook’s influence on global politics—one of several testimonies that arose from this year’s Cambridge Analytica scandal. Yet, despite the interrogation of Zuckerberg and other tech leaders, questions about their companies’ intimacy with election campaigns have gone largely unanswered.

But an investigation from the Campaign for Accountability, a nonprofit and ethics watchdog group, reveals new details about the political embeds of Facebook and Google. It calls the discreet relationship a conflict of interest, and a surprisingly unregulated one. Campaigns receive free tools and services, it says, while platforms curry insights and powerful political allegiances.”

This is as shameless and brazen as it gets, i.e. Facebook has operatives working for political campaigns, gathering intel and telling candidates how to manage their social media presence. Needless to say, Facebook operatives can spy on candidates Mark doesn’t like and give the respective intel together with propaganda tools to the candidates they favor. Moreover, they can use the data gathered  from their political symbiosis to further fine tune their algos to favor the results they want. Here’s more from the article:

“We are so close with [the campaigns] that we are typically sitting in their offices or having daily calls,” said Ali Jae Henke, a Google employee embedded in a 2016 Republican presidential campaign.

If nothing is done to curb the power of manipulation of these social media/internet behemoths, we’ll soon come to a point when it would be impossible for  Republicans/any right wingers to win an election, regardless how popular they or their policies are, because nobody will know nor hear about them. We need something along the lines of an internet bill of rights, and for social media to be regulated as public utilities or something like that. All people need equal access to the tools and services of a said platform, free speech must be strongly and unequivocally enforced, while the so-called popularity algos must be made open source (as in transparent) in order to prevent the boosting of pet political preferences by these companies. Why? Because a handful of so-called private companies have essentially become the main public square and they’re also the back-bone of the internet.

And in terms of political speech, things are horrific on all these platforms, ranging from Twitter purges to Facebook or YouTube censorship of conservative voices, deplatforming and all that. And from what we hear from Jack Dorsey, Twitter’s CEO, things are going to get worse.

After the interview, Jack said that this “timeout” tool (it’s like we’re in high-school again) is aimed at modifying people’s behavior. This is social engineering basically, for those users who are not in compliance with Twitter’s hive-mind views. This is from the Hill:

“Twitter CEO Jack Dorsey isn’t sure if the timeout given to Alex Jones will convince the right-wing conspiracy theorist to “reconsider” his social media behavior.

But Dorsey, in an interview with The Hill the morning after his company handed down a seven-day suspension to Jones, says its enforcement actions are intended to promote better behavior from its users.

“We’re always trying to cultivate more of a learning mindset and help guide people back towards healthier behaviors and healthier public conversation,” the 41-year-old co-founder of Twitter said.”

Who will judge what healthy behavior is? Twitter? Like they’re Orwell’s thought police? A legit social media platform should allow a free flow of ideas between its users. Outside of criminal behavior (specific death threats, or the use of a said platform to facilitate a crime for example), the common sense position would be to ignore people offended by other users’ ideas. If you don’t like Alex Jones, you can simply block him, and that’s that. Instead of doing that, tech giants have decided to police their so-called platforms using an arbitrary set of measures and standards nobody comprehends. The Jacks and Zuckerbergs of the world managed to create a system where organized online mobs, led by legacy media pundits like CNN and NGO’s like the ADL and SPLC (those darn’ Chinese, I’m telling you!) can get people banned and/or deplatformed from Facebook, Twitter and YouTube by using mass flagging strategies, just for having different political views. This business model is totally unsustainable, and in order to protect free speech, some type of regulation must be implemented on these platforms.