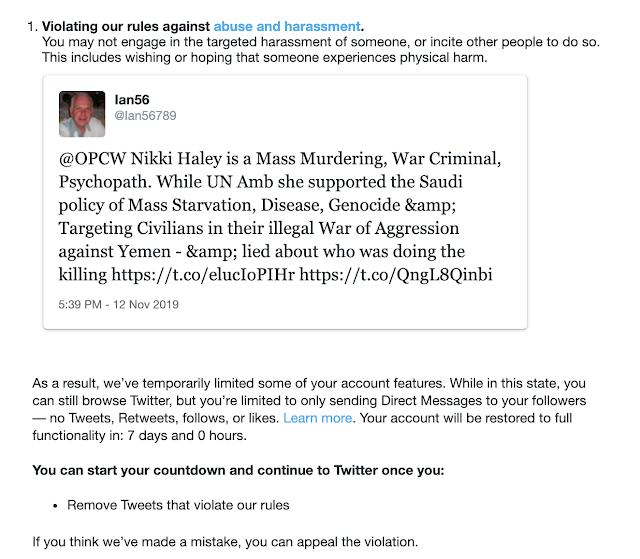 How the hell can this be construed as “Targeted Harassment”. I didn’t include Nikki Haley’s handle in the tweet and I told the 100% honest accurate Truth about Nikki Haley’s support of the War of Aggression in Yemen.

You cannot even appeal being falsely suspended, because Twitter will keep your account suspended while they “review the suspension”, i.e. forever if they don’t like you.

This is called BLACKMAIL, pure and simple.
An honest approach would be to unsuspend the account pending the result of the review.
But Twitter says you are Guilty before even holding a Trial.
This is like a Nazi or Stalinist show trial, where the victim is sentenced whatever the evidence is. 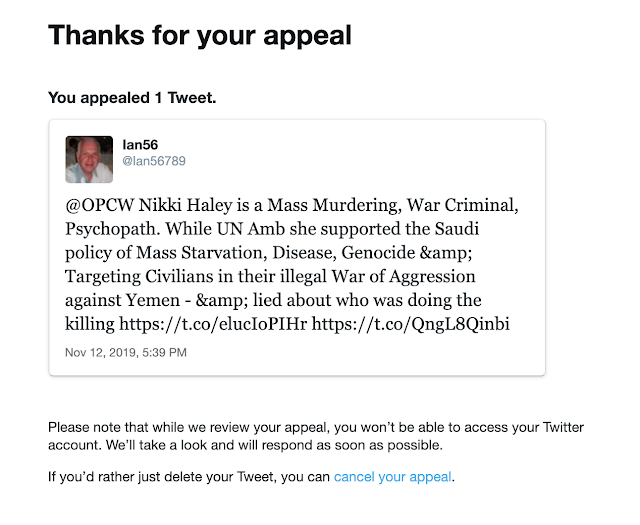 Rather than be suspended forever, I cancelled the Appeal and deleted the tweet.