Just think about it. In one stroke, Twitter has destroyed years of lobbying efforts by Big Tech which claimed there was no bias against conservatives. 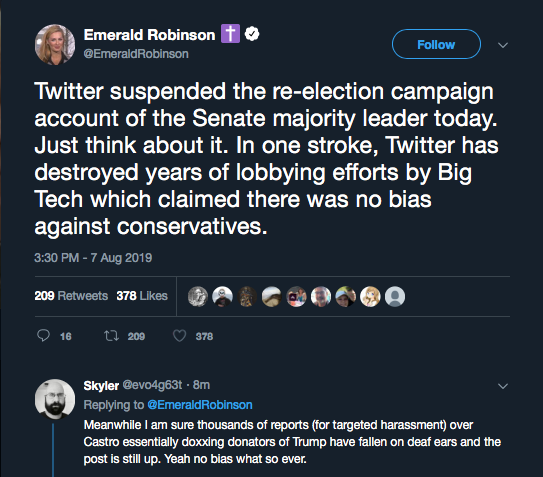 t’s a test run… they want to see the public’s reaction and if the fake news is willing to cover for them, so they can do it to trump next.