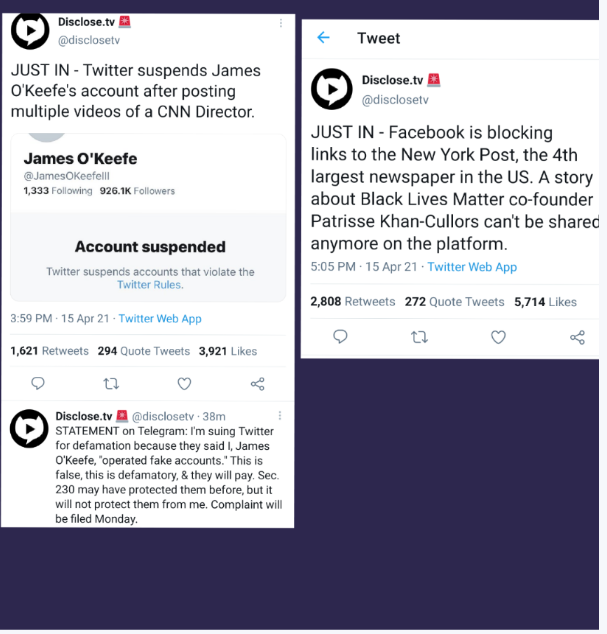 Both social media companies said the moves were aimed at slowing the spread of potentially false information. But they gave few details about how they reached their decisions, sparking criticism about the lack of clarity and consistency with which they apply their rules.

Facebook was limiting distribution of the Post’s main story while its outside fact-checkers reviewed the claims, spokesman Andy Stone said. That means the platform’s algorithms won’t place posts linking to the story as highly in people’s news feeds, reducing the number of users who see it. However, the story has still been liked, shared or commented on almost 600,000 times on Facebook, according to data from CrowdTangle, a research tool owned by the social network.

JUST IN – Facebook is blocking links to the New York Post, the 4th largest newspaper in the US. A story about Black Lives Matter co-founder Patrisse Khan-Cullors can't be shared anymore on the platform.