SBUX and PFE both have similar patterns – a negative reaction to earnings dropping them below major SMA’s on their daily charts, and then significant gaps up on Friday, with heavy volume.

So what do we do with each? Before doing anything note what the market is doing. If Monday morning opens with a big gap down for SPY, you need to hold off on bullish trades until you see the market find support on the day. 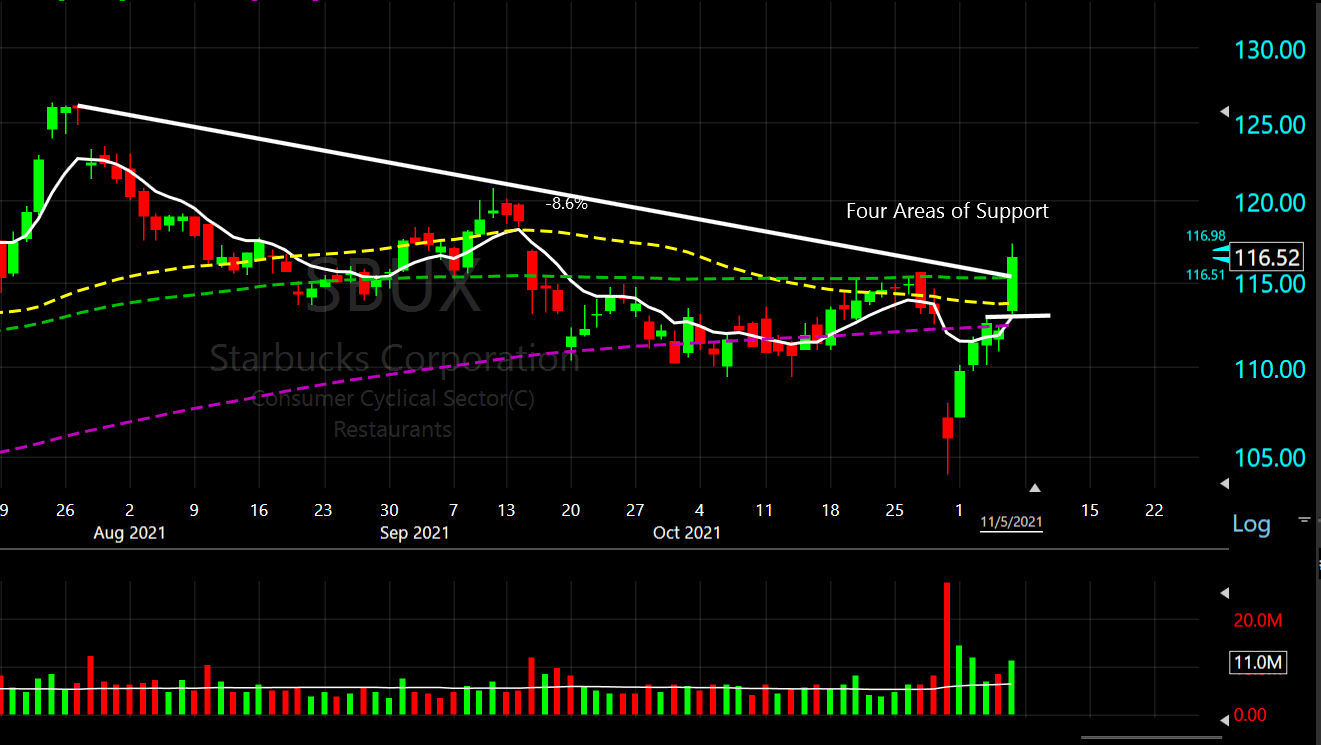 Here you have the rare case of a stock that broke horizontal resistance (on the gap up), and the proceeded to go through the SMA 50 and SMA 100, as well as the downward sloping trendline (aka Algo line), finishing near the high of the day. After bottoming out on 10/29, SBUX has been rebounding with an extremely bullish pattern.

In order for SBUX to fall below the short strike ($113), it would need to breach the SMA 100, SMA 50, downward trendline, and start to fill the gap. That would take a major technical breakdown in either the market or the stock (or both). If this was just a single day surge I would suggest waiting to see if there is continuation, but Friday’s increase was part of a larger overall upward trajectory for the stock.

If however the stock begins to drop below the short strike ($113) you could buy back those Puts and let the long Puts ($112) ride. For example, on 11/19 SBUX is at $113 – those puts would most likely be worth around $3 and the $112 puts would be worth roughly $2.50 You buy back the $113 for $3, and wait until the $112 strike Puts are worth $3 themselves and then sell them. This would get you full credit for the trade. However, only do this if the stock is relatively weak and the market is bearish. 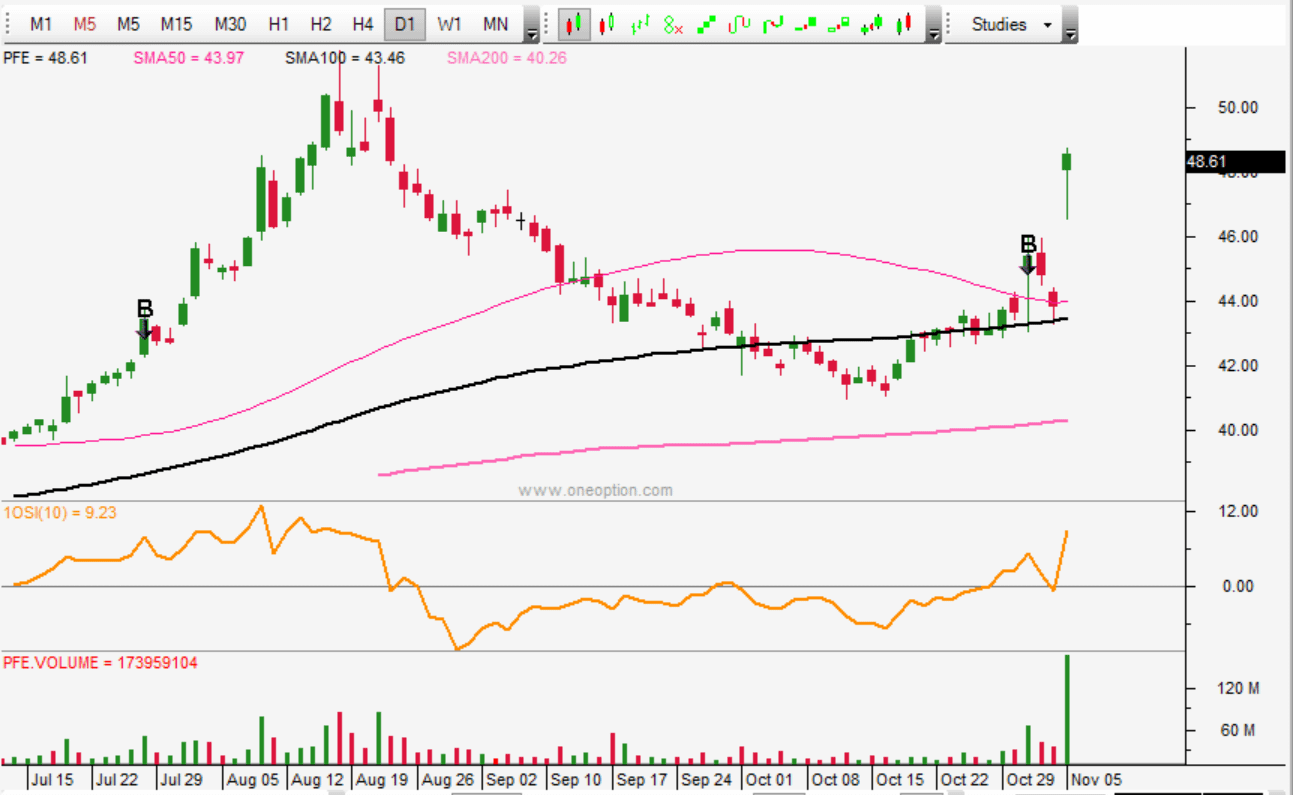 Here is a slightly different pattern – PFE had a weak reaction to earnings but the SMA 100 seemed to be holding. Despite the negative earnings reaction PFE maintained its Relative Strength to SPY (i.e. the 10SI indicator is above 0). The positive news on Friday about the new COVID pill pushed PFE above the SMA 50, leading to a nice gap up. During the day PFE not only held the gap, but continued to move higher, ending the day with a strong bullish hammer.

Could you do a Bullish Put Spread here? You could, yes. You wouldn’t have that many layers of support above your short strike though. The 46/45 BPS expiring on 12/3 for .20 would probably be your best bet if you wanted to go in that direction. This at least gives you the support created by the gap up to lean on – but that’s it.

However, why limit yourself? This chart is in many ways more bullish than SBUX’s. The volume is higher than at any point since November 2020. You are coming off a bullish hammer without many bag-holders above you (nobody was selling on Friday), so there is clear skies ahead.

Thus, for this stock I would sell the $53 calls expiring 11/12 for roughly .55 cents, and then buy the $55 calls expiring 12/10 for .50 cents, giving you an overall credit of .05 for the trade. What you are looking for here is that PFE tries to challenge the all-time high this week ($51.86) but falls short of $53, thus giving you full credit for your short calls – however, your long $55 calls will have continued to increase in value. You could then sell this entire spread next Friday (I would aim for $1.50 to $2 credit), or just let the $53 calls expire worthless (i.e. giving you full credit) and then riding the $55 calls.

So there you have two different stocks, both with similar gaps up on Friday, but two very different plays. One conservative, one aggressive. Hopefully, both will be profitable.