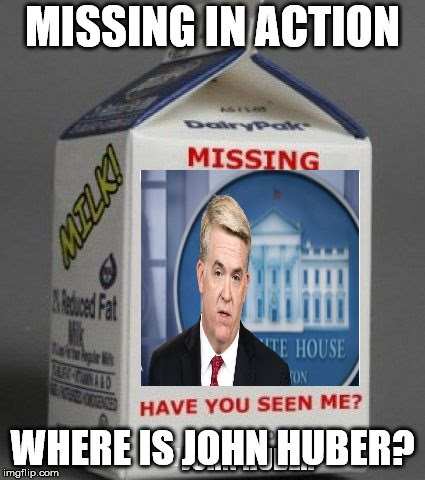 According to this article that appeared in today’s Washington Post, U.S. Attorney John Huber is expected to conclude that there was no criminal conduct by the Clintons regarding the Clinton Foundation and the Uranium One deal.

This result means that numerous cases of blatant self-dealing by the Clintons, which were cited in Peter Sweitzer’s book, Clinton Cash, are without merit according to the U.S. Department of Justice (DOJ).  Apparently, Huber managed to waste two years and millions of taxpayer dollars to produce the politically-driven forgone conclusion that the Clintons are criminally faultless, which any informed observer knows is total nonsense.  Even Captain Obvious is appalled at this whitewash, which comes on the heels of DOJ Inspector General, Michael Horowitz’s, recent report that ludicrously determined there was no abuse regarding the FBI’s handling of its applications to obtain a Foreign Intelligence Surveillance Act (FISA) warrant to surveil Carter Page, a Trump associate.

Not only are these outrageous exonerations offensive to the sensibilities of Main Street Americans, they also make a mockery of our justice system.  It is a thunderous slap in the face for law enforcement officials to repeatedly exempt certain privileged individuals from prosecution while the rest of us plebeians are held to account for much less.

Below is a reprint of a satirical article that appeared one year ago when U.S. Attorney General Barr first took office.  It describes how Barr should have handled John Huber and his fake investigation into the Clintons.

It’s not too late for Barr to act now and clean house of operatives like Huber and others like him, unless Barr himself is a protector of the deep-state Praetorians that occupy the top ranks of the FBI and the Department of Justice.

It is William Barr’s first day at work as U.S. Attorney General after being confirmed by the U.S. Senate to replace Jeff Sessions.  Before he sets foot in his office at the Robert F. Kennedy Department of Justice Building, he politely introduces himself to his executive assistant and asks her to contact U.S. Attorney John Huber and have him report to the AG’s office immediately.

If the name John Huber doesn’t ring a bell, you are not alone.  Given the high-profile assignment U.S. Attorney John Huber was given by former Attorney General Jeff Sessions in November 2017, you would think the name Huber would be well-known by now. And that is exactly what Barr finds troubling about Mr. Huber.  Where are the results of his investigation and why has it taken so long for Huber to deliver them?

For over a year now, Mr. Huber has investigated claims of FBI misconduct relative to the Clinton Foundation and its involvement in the sale of Uranium One to Russian interests, the abuse of Foreign Intelligence Surveillance Court applications to obtain warrants to spy on Carter Page concerning his purported role in potential Trump-Russia collusion, and allegations of deep-seated bias by the FBI and DOJ against Donald Trump during his presidential campaign and after he was elected.

When Huber arrives at Barr’s office the following day, Barr appears none too pleased to make his acquaintance.  The following satirical conversation ensues.

Huber:  Sorry, I wasn’t told that you wanted to meet with me so urgently nor was I told what you wanted to speak with me about.  So I figured that reporting to you the next day would be soon enough.

Barr:  Well, you figured wrong.  Mr. Huber, it appears you like to take your sweet time about a lot of things.  More than a year ago, you were assigned by my predecessor to examine a number of issues regarding possible FBI abuses relative to its investigation into the Clinton Foundation, questionable FISA court applications to obtain warrants to spy on an American citizen, attempts by FBI and DOJ officials to interfere in our national election, and other matters.  As far as I can see, you have not delivered any preliminary reports on your findings after what appears to be more than ample time to do so, especially when there already exists mountains of evidence of wrongdoing by the FBI and DOJ in the public domain.  You have nothing to show for all the time and money you and your staff have spent on the investigation.  Why is that?

Huber:  Sir, the facts of what transpired in the cases you mentioned are not what’s causing the delay.  We are certain that we have more than sufficient evidence to issue indictments against the Clinton Foundation and its operatives on criminal racketeering charges. If we were so inclined, we also have adequate evidence to file criminal charges against former and present FBI and DOJ officials for obstruction of justice, the mishandling of classified information, attempts to politically interfere with a national election, and other counts.

Barr: If that’s the case, why haven’t these individuals been indicted and brought to justice?

Huber: Sir, as you are well aware, there is a political dimension to our work here at the Department of Justice.  Sometimes it is necessary to gloss over inconvenient facts.  Based on your personal experience, you know that certain powerful politicians must be afforded a wide degree of latitude in the application of the law.  In other words, hard evidence alone is insufficient when dealing with the politicians who run our government.  The concept of equal justice under the law is malleable in this regard.  Hence, you can appreciate the delicate elasticity I have applied to the Clinton Foundation / Uranium One matter.  Any prosecutor who can fog a mirror would bring charges in this case based on the overwhelming evidence uncovered by my investigators, but that prosecutor would be politically tone-deaf if he did so.

As Barr listens to Huber’s explanation, his face reddens and he is visibly shaken.

Barr:  And what about the illicit FISA warrants and the evidence of politically-motivated animus by the FBI and DOJ leaders toward candidate Trump and, later on, President Trump?

Huber:  Yes, it’s true that certain FBI and DOJ officials conducted themselves in a very disappointing manner and appeared to show favoritism toward candidate Hillary Clinton and antipathy toward her opponent, Donald Trump.  But, as far as we can determine, personal politics did not adversely impact the professional conduct of their investigations, which appear to have been carried out in an unbiased manner.  Despite the troubling optics of the improprieties committed by a number of officials, we cannot determine with certitude that their political views impaired the objectivity of their investigations.  Consequently, prosecutorial discretion dictates that we refrain from substituting our judgment for that of the FBI and DOJ officers who originally investigated the cases under review.

Barr: Your statements appear to support a pre-ordained outcome; namely, that it is extremely unlikely that any FBI or DOJ manager would ever be held accountable for any wrongdoing.  Am I correct?

Huber:  For all intents and purposes, you are correct.  Unless some official or agent commits a particularly egregious criminal offense that goes beyond the pale, I believe in most cases he or she should be given the benefit of the doubt, assuming there is any doubt in the first place.  None of the cases I have investigated rise to a level of criminality that would support any indictments.  As you know, our primary mission is to uphold the integrity of the Department of Justice and the Bureau, which have been under withering attack over the past two years.  I consider the protection of our law enforcement agencies to be my principle concern.  Just because a few overzealous agents exercised poor judgment, it should not besmirch the reputation of the Department of Justice as a whole.  Hence, I believe it is in our best interest to let time heal the wounds.  In time, these overblown scandals will fade and the public will move on.  This is how we have always handled problems like this.  You should know.  You were Attorney General during the first Bush Administration.

At this point, the veins in Barr’s neck are bulging.  He rises from his seat.  He walks around his desk and is standing nose-to-nose with Mr. Huber.

Barr:  Mr. Huber, I have heard enough.  You have failed to uphold the law, which we are supposed to apply equally to all citizens without fear or favor.  This Department has indicted and incarcerated individuals with no political clout for far less.  We are not half-assed politicians.  We are public servants.  You are an embarrassment to the Department of Justice.  You’re fired.  You will wait outside my office for security officers, who will escort you from the premises.  Now, get the hell out of my office.  The last thing I want to see of you is the back of your head leaving my life.

After Huber leaves his office, and before he summons security, Attorney General Barr calls his executive assistant and asks her to contact DOJ Inspector General, Michael Horowitz, and have him report the AG’s office immediately.