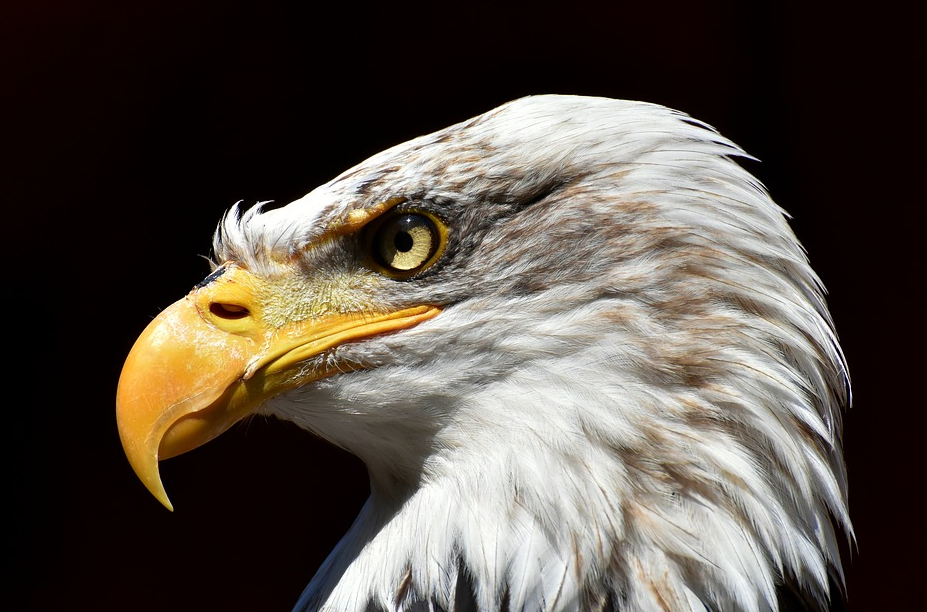 Is the American economy becoming great again under the Trump administration’s pro-business economic policies, prolonging this extended recovery following the 2007-2009 recession? Are wages finally beginning to inch upward? Is inflation getting out of control? Will a possible trade war impact job growth in the U.S.? And will the new tax system passed at the end of last year bring more American corporate profits and jobs back stateside?

There are many questions to answer, so let’s dive right in.

Good news here, wages and salaries have risen at its fastest pace in a decade, confirming that inflationary wage pressures are growing, according to ZeroHedge. Wages and salaries rose 0.9% quarter-over-quarter in Q1 2018, up from 0.6%. Total compensation (wages and benefits) rose 2.7% over the last 12 months, up from 2.4% a year ago. Private sector wages and salaries increased 2.9% year-over-year. Compensation gains are the strongest jumps since Q3 2008 though still remain below the 3% pace seen just before the financial crisis.

Meanwhile, the dollar experienced healthy momentum in recent days as the Federal Reserve pointed to a pickup in U.S. inflation on Wednesday. Inflation jumped to 2.1% in March. Further good news included a pickup in productivity. Nonfarm business productivity increased at an annual rate of 0.7% in Q1 2018, the Labor Department said today, up from Q4 2017’s 0.3% number.

However, more money for a full day’s work does not mean much if there are no workers to be hired. The labor shortage is so bad in some cities that governments will pay you to move there.

For example, if you relocate to Hamilton, Ohio, the city will pay you $5,000 to pay back your student loans. If you move to Grant County, Indiana, they’ll put $5,000 toward buying a house. Get a job and pack up and move to North Platte, Nebraska and its chamber of commerce will hold a ceremony in your honor to present you an even bigger check, according to a recent Wall Street Journal article.

This new phase of the U.S. economy is a perplexing one in many ways. We seem to have a stark shortage of workers and a plethora of jobs to be filled. Our unemployment rate is hovering around 4% but the U6 unemployment rate that includes those not looking for work or the underemployed is twice that. And so, during this new economic reality, some cities are paying people to move to their locales to fill the many jobs that are open despite a sizable amount of able-bodied Americans being out of work. The U.S. labor force participation rate has hovered around 63% for the last few years. 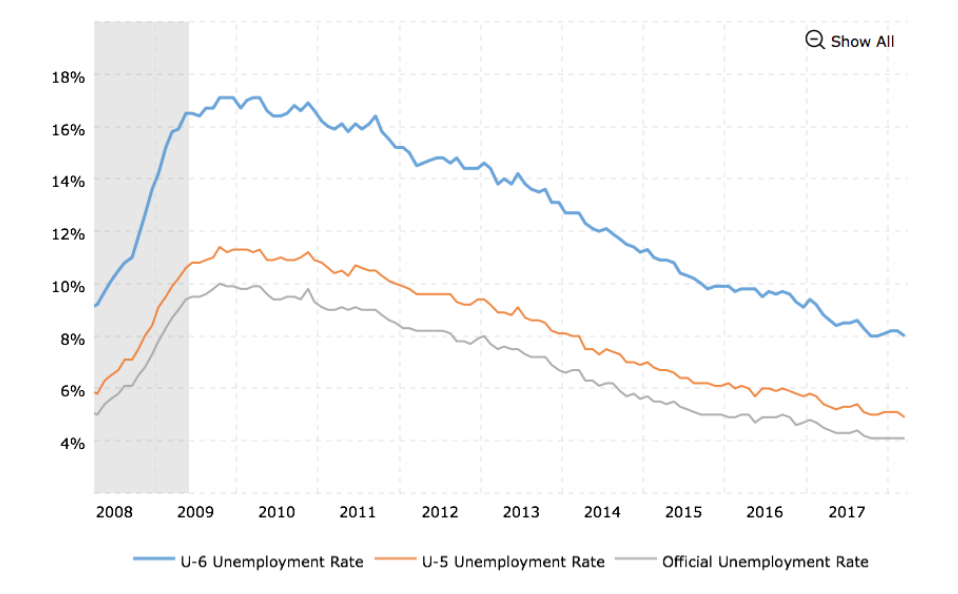 These regions with jobs available but no pool of workers to hire have severe labor shortages with unemployment rates below the 4% national rate and substantial wage growth. Therefore, civic leaders see it as a no-brainer to incentivize Millennial workers to move to their cities that are not attracting them already. Young workers would rather live in bustling metropolitan areas like San Francisco or New York or Seattle, despite their outrageous costs and extremely competitive job markets. Still, the pull of opportunity and amenities in these large cities remains a huge draw over sleepy Midwestern areas.

Marne, Iowa has implemented a modern-day Homestead Act, offering public land to Americans willing to move there. This Iowa city currently has free parcels of land available. Having too few workers is an insurmountable problem and these communities are getting desperate to get people to move there for these jobs. If the jobs aren’t filled, these cities and towns could become economically depressed, coming up against a real difficulty finding people willing to work or ready to move there for work.

Will the future of our economy become cities competing for jobs and paying more and more to incentivize prospective employees? Or will it look more like Elkhart, Indiana?

This Indiana city is full of young workers who skip college for factory jobs that pay great wages and benefits. In addition, “workers are so flush that car dealers can’t keep new pickups on the lot,” so writes a story in the Wall Street Journal. However, employers are having a tough time hanging onto employees and housing prices are skyrocketing. Restaurants such as KFC are offering a $150 signing bonus and a McDonald’s actually failed to open up for lunch last year because its managers could not get enough $8/hr employees to show up to serve its customers.

Elkhart’s economic boom is tied to the growth of its local RV manufacturing market. But it is also not immune to the labor shortages seen in other towns across America. The jobless rate plunged from 20% in early 2009 (worst in the U.S.) to just above 2% in January 2018. Some 9,500 jobs have no takers. Everyday, approximately 25,000 workers commute into Elkhart, a city with a population of only 50,000. Its economic development agency is hunting for job candidates across Appalachia and even Puerto Rico. This local jobs turnaround is the largest among 403 metro areas analyzed by the Wall Street Journal and Moody’s Analytics. The Elkhart region has been at half or below the national unemployment rate for 34 consecutive months.

Wages are also increasing significantly in Elkhart, up 6.3% in the third quarter of last year from a year earlier, according to the Labor Department, compared with a 0.6% decline across the country over the same period. Elkhart’s RV industry employs 12% of local workers and average annual salaries in 2016 rose 17% to $68,000. And pay is still going up.

Will the Trump-GOP tax revamp weaken the case for companies to shift profits and jobs overseas, creating more towns like Elkhart? Early returns say it probably will.

Under the old tax system, a 35% corporate tax rate, the highest among major countries, drove corporate decisions such as Microsoft accumulating its profits outside of the U.S. and Apple seeking low tax rates in for its profits in Ireland and Johnson Controls maintaining a foreign address through a merger. The new tax system’s 21% corporate tax rate and revised rules for money earned stateside and abroad is a loud message to American companies: invest your money at home.

Only time will tell if this will work, but certain signs point to more investment in the U.S. This lower tax rate for corporations reduces the edge they used to get from earning profits overseas and do not face the additional taxes when profits are brought back home to shareholders. This leveling of the playing field is significant, but tax rates still differ drastically around the world and many are below the 21% mark. Before the 2017 tax law, U.S. companies shifted $300 billion in profits to other countries every year, according to a Congressional Budget Office (CBO) estimate. The new law should reduce that by $65 billion per year. Few in Congress want to go back to 35% but the law is set to sunset in ten years.

The tariff question has already rattled Wall Street. Investors dumped stocks over fears of a trade war but then bought back those stocks when worries were apparently overblown. Since the announcement of tariffs in March, the S&P 500 has fallen 2.2%, though it also recorded 1% or more on 17 of 43 trading days through Tuesday, according to the Wall Street Journal.

Although first quarter growth slowed compared to the year before, it still exceeded analysts’ expectations. The tariff moves came at a time when the American economy started showing signs of renewal in recent weeks. The dollar rallied and yields on the 10-year Treasury note crossed above 3% for the first time since 2014. However, ambiguity over trade has given many companies pause in hiring or spending until a clearer picture is painted.

In a recent survey by the Institute for Supply Management, an executive at a manufacturing firm said that the tariff considerations, “are very concerning. Business planning is at a standstill until they are resolved.” Therefore, trade concerns appear to be affecting job growth in regions affected by tariffs in states rife with steel, aluminum, aircraft, car or soybean production. Job growth numbers bear this out. About three-fifths of new jobs came from these states in the first quarter as opposed to almost three-quarters in Q4 2017.

We are still living in a historic economic time though. The U.S. economic recovery today is now the second longest on record with data going back 164 years and 34 business cycles. Deutsche Bank calculates that this 107 month-long expansion has just surpassed the 1960s recovery and will eventually edge past the 1990s expansion for the longest in history if it blows past July 2019.

Will the party last that long?

The last four expansions since the early 1980s have all been long ones compared to our recent economic history. In addition, all four expansions over the last 40 years have been in the top 6 longest of all time. This appears to be the case due to “demographics and globalization colliding,” according to Deutsche Bank’s Jim Reid. However, we might very well be reaching or surpassing the peak in global labor bringing wage pressures, demographic shuffling, labor shortages, and market instability along with the economic cycles to come. Deutsche Bank therefore closes on a notably pessimistic note: “So the days of super long business cycles may be over so enjoy this one while it lasts.”

But how long will it last? And is there reason to believe this pessimism? As ZeroHedge showed last month, according to the latest CBO forecast, the U.S. is expected to not have a recession any time until the end of 2028, which would put the current expansion at 234 months (June 30, 2009 to December 31, 2028), a nearly 20 year-long recovery.

No one knows how long this economic party will last. There are many questions to be answered and many companies are struggling with labor shortages and concerns over an escalating trade war. The Trump administration appears poised to prioritize economic growth for the foreseeable future, but will that be enough? Will it all come crashing down? Will wage growth peter out and inflation get out of hand?

Through it all, this economic expansion could last another ten years or it all could end later this year. Only time will tell, so stay tuned!