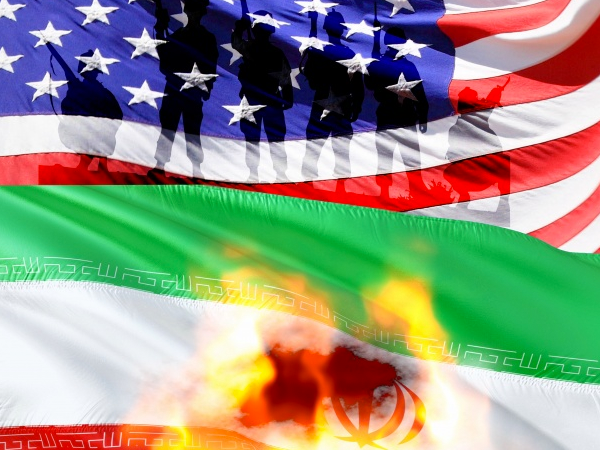 Following the killing of Iranian General Quasem Soleimani last Friday, the market was on pins and needles as this week began.

The Dow dropped more than 200 points on the news, then recovered Monday:

With the obvious increase in geopolitical tensions, “Investors have loaded up on traditional safe havens such as goldand Treasurys,” according to the same report from CNBC.

But as it is with most military conflicts, things can change in a hurry…

According to a more recent CNBC report, “Investors around the globe had been bracing themselves for a bigger conflict between Iran and the U.S. […] But Trump said there were no American casualties from Tuesday night’s airstrikes. The attacks did not target oil infrastructure, boosting investor sentiment as well.”

In addition, many likely breathed a sigh of relief when POTUS said Wednesday that Iran “appears to be standing down” after it fired missiles at American military bases in Iraq in retaliation for the killing of its General.

In an address on Wednesday, POTUS added, “We must all work together toward making a deal with Iran that makes the world a safer and more peaceful place.”

While the market has responded positively to these latest events, it’s unclear if the fallout from this situation is over just yet.

In response to Iran’s missile attack on U.S. military bases in Iraq, Trump has indicated the U.S. will increase economic sanctions against Iran:

As we continue to evaluate options in response to Iranian aggression, the United States will immediately impose additional punishing economic sanctions on the Iranian regime.

But CNBC notes, “Beyond punishment, it has not always been clear exactly what the United States hopes to achieve by increasing sanctions.” That certainly seems to indicate more uncertainty could hit the markets if sanctions are imposed, part of what the White House calls a ‘maximum pressure campaign.’”

But who knows what will happen as a result of this “maximum pressure campaign”?

Iran’s economy has already suffered dramatically because of previous sanctions issued, shrinking by almost 10% in 2019.

And if you back a cat into a corner, eventually it will fight to survive. Iran could potentially escalate military tensions again if it feels threatened.

Another possibility: Other countries like Turkey or China could potentially get involved if the right economic circumstances align, as they have in the past. (It’s unlikely they would join a war effort, however.)

Of course, Iran and other countries could also continue to dump the U.S. dollar in response to these sanctions. When the dollar weakens, consumer buying power weakens along with it.

It also appears that in addition to the potential fallout from any sanctions that may be issued, the potential for future military escalation still exists, according to a developing story at ZeroHedge:

Another day, another (alleged) rocket attack on a US airbase in Iraq. Sumaria reports that rockets hit the Balad Air Base, about 40 miles north of Baghdad, where US troops are stationed.

Bottom line, these recent ‘tit-for-tat’ military escalations between the U.S. and Iran aren’t over yet, and any potential ripple effects from them have yet to be realized.

If military tensions escalate again, or the U.S. dollar loses its dominance as the global reserve currency, big economic changes will be on the way. It’s best to be prepared for the worst, and hope for the best.

As you’ve just read, investors already have started to consider gold as a safe haven asset during uncertain times like these. Right now is the best time to examine your savings, so you can make sure it won’t be “punished” if things blow up (literally).