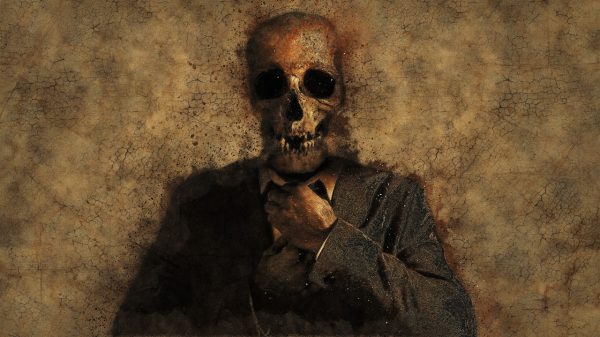 Life expectancy in the United States has been falling in recent years, and we haven’t seen a trend like this since the days of World War I.  When I was growing up, life expectancy was continually rising, and it was generally believed that it would keep rising for many decades to come.  But that hasn’t happened.  Instead, average life expectancy started to stall and now it has been declining.  You might assume that this is because rates of cancer, heart disease and diabetes are going up, but the numbers are telling a different story.  In fact, brand new numbers from the Centers for Disease Control and Prevention are telling us that life expectancy is going down in the United States because of a dramatic increase in drug overdoses and suicides…

U.S. life expectancy declined in 2017 as more Americans died of drug overdoses and suicides, furthering a troubling trend of declining lifespans not seen in a century, the Centers for Disease Control and Prevention found in a report released Thursday.

Life expectancy also declined in 2015 and stayed flat in 2016, making this the first three-year period of general decline since the late 1910s.

In other words, this is something that we are doing to ourselves.

In 2017, the rate of drug overdose deaths was 9.6 percent higher than in 2016, with 70,237 people dying from drug overdoses, many of them from the epidemic of opioid abuse.

Overdosing on drugs is now the leading cause of death for Americans under the age of 50.

I know that some of you may not want to hear this, but the United States has a bigger drug problem today than ever before in our history.

Of course the opioid epidemic is wildly out of control, but meth has made a massive comeback as well.  In fact, the number of meth-related hospitalizations rose 245 percent between 2008 and 2015.  The following comes from NBC News…

The number of people hospitalized because of amphetamine use is skyrocketing in the United States, but the resurgence of the drug has largely been overshadowed by the nation’s intense focus on opioids.

Amphetamine-related hospitalizations jumped by about 245 percent from 2008 to 2015, according to a study published last month in the Journal of the American Medical Association. That dwarfs the rise in hospitalizations from other drugs, such as opioids, which were up by about 46 percent. The most significant increases were in Western states.

And in a previous article I discussed how cocaine is making a major comeback as well.  In fact, the number of cocaine deaths in America just hit a brand new all-time record high…

Cocaine deaths have hit a record high as the drug has quietly become increasingly popular while the attention of the media and health officials has been on the ongoing opioid epidemic.

In the last 12 months, 14,205 Americans died of cocaine overdoses, marking a 22 percent increase over the previous year, according to new data from the Centers for Disease Control and Prevention (CDC).

This is a major public health emergency, and yet there is not much political willpower to tackle this crisis right now.

Meanwhile, the suicide rate in the U.S. has soared to a new record high as well.

In fact, the CDC says that our suicide rate has shot up 33 percent since 1999…

I can’t understand why anyone would ever want to do such a thing.

Life is such a precious gift, and I can’t imagine ever throwing that away.

Americans are more than twice as likely to die by their own hands, of their own will, than by someone else’s. But while homicides spark vigils and protests, entering into headlines, presidential speeches and police budgets, suicides don’t. Still shrouded in stigma, many suicides go unacknowledged save for the celebrities – Robin Williams, Kate Spade, Anthony Bourdain – punctuating the unrelenting rise in suicide deaths with a brief public outcry.

So what is causing this trend?

Predictably, USA Today is attempting to claim that “climate change” is one of the factors…

Alcohol and substance abuse are risk factors, and both are increasing. Isolation raises the risk, and nearly half of Americans say they sometimes or always feel alone. Increasing smartphone use has been linked to suicidal thoughts in teens. Even climate change has been found to have roughly the same effect on increasing suicides as an economic recession.

If people don’t like the minor climate fluctuations that we have been witnessing in recent years, then they really aren’t going to like what is coming next.

Ultimately, the real issue is that Americans are deeply unhappy.  When people feel empty, they take drugs to make themselves feel better.  And if people have no hope of things ever getting better, they commit suicide.

People need hope, and the modern lifestyle doesn’t provide that.  Instead, we are taught to pursue an education and then a career so that we can make lots of money, but lots of money is never going to buy happiness.

We have now raised several generations of Americans in an environment that is virtually devoid of values and principles, and somehow we expect them to find meaning and purpose in life.

But Americans are not finding meaning and purpose in life.  Instead, they are realizing that society has sold them a bunch of lies, and as a result record numbers of them are turning to drugs or suicide as the ultimate answer.