by GoldCore
– UK house prices on brink of massive 40% collapse
– UK  at ‘edge of worst house price collapse since 1990s’
– Two leading economists warn of property crash
– “We are due a significant correction in house prices”
– Brexit and wages failing to keep up with inflation to trigger collapse
– Trend starting in London before fanning out to rest of UK
– UK homeowners unconcerned – 58% expect prices to rise
– Over 1 million mortgages under threat in UK
– Concerns of return of new “negative equity” generation
– Huge denial amid recency bias and endowment bias – emotional attachment to expensive things we buy – especially our homes
– Good news for first time buyers – bad news for UK banks and indebted, vulnerable UK consumers and economy 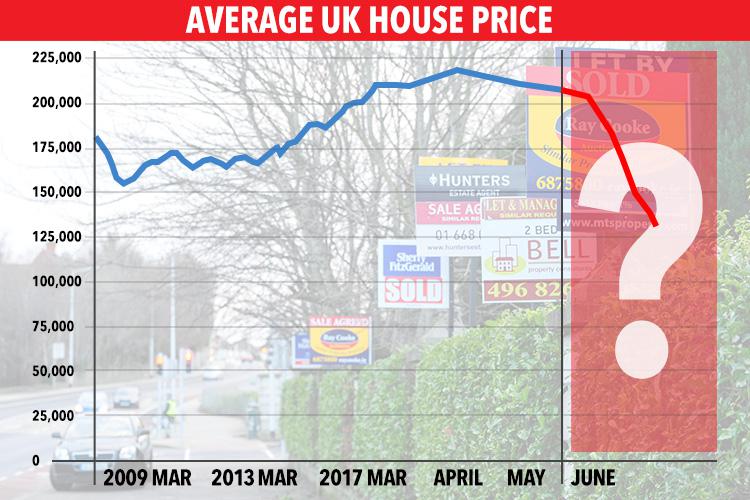 Editor: Mark O’Byrne
Two leading economics professors have warned that the UK housing market is on the brink of a 40% collapse, echoing the early 1990s property crisis.
“We are due a significant correction in house prices. I think we are beginning to see signs that correction may be starting” Paul Cheshire, a professor of economic geography at the London School of Economics told the Mail on Sunday.
The sharp correction or crash may come about due to two primary factors – Brexit and a fall in real wages as they fail to keep pace with rising inflation. Despite these warnings following swiftly on the tail of recent poor housing market data, homeowners seem unfazed by what the future might hold, disregarding the parallels that are being drawn between today and the run up to the 1990s property crash.
Brexit deals another blow
Professor Christian Hilber and former Government housing adviser, and Professor Paul Cheshire warned that Brexit could be a catalyst for the correction which will see thousands of homeowners plunged into negative equity.
Hilber warned that the crash will not be short and sharp:
“If Brexit leads to a recession and/or sluggish growth for extended periods, then an extended and severe downturn is more likely than a short-lived and mild one.”
Brexit continues to create massive uncertainty. Last week we reported on the Bank of England’s Financial Stability Report which pointed towards an ‘adverse shock’, such as Brexit and how it might ‘may amplify a negative feedback loop.’
Wages fall short of inflation
The Professors also explained how wage growth’s failure to keep pace with inflation could result in a fall in house prices.
Last month official measures of inflation showed it was at 2.9% (although we know real inflation rates to be much higher) whilst incomes climbed by just 2.1%.
The OECD painted a bleak picture of the UK economy back in June when it showed that ‘inflation at 2.7% during 2018 would dwarf wage growth of 1.5% and result in the UK have the weakest real income performance, alongside Finland, of any of its 34 rich member states.’ See also  Why the economy will collapse...
See also  The White House Fool’s Sanctions Have Only Harmed the West
Trending: Views: 1