To begin with, as I already told my regular readers on this website, if I have one, this lockdown will never end, and things are going to get a lot worse. A few days ago, The Guardian announced a so-called “ease of restrictions”, looking into what British people are allowed to do from April 12th.

However, for whatever strange reason, they buried the lede in the 9th paragraph.

Pubs and restaurants are allowed to open and serve customers with outdoor service only.

Everyone who visits will have to check in on the NHS’s Test-and-trace app and groups are limited to six people or two households.

Drinkers have been urged to take cash to the pub with them, as poor broadband and mobile signal means card machines may not work in pub gardens.

There are no rules in place requiring pubs to serve a meal alongside alcohol, and there will be no curfew.

If you were paying attention to my articles lately, everything falls into place: this is Bill Gates’ QR code scheme. More precisely, in the near future, you will be required to have a scannable QR code every place you enter, as the “system” will log your every movement.

This is already implemented in various places in Asia/China mostly.

On top of QR codes scanned with the camera of your smartphone, they are already implementing face scanning temperature machines: 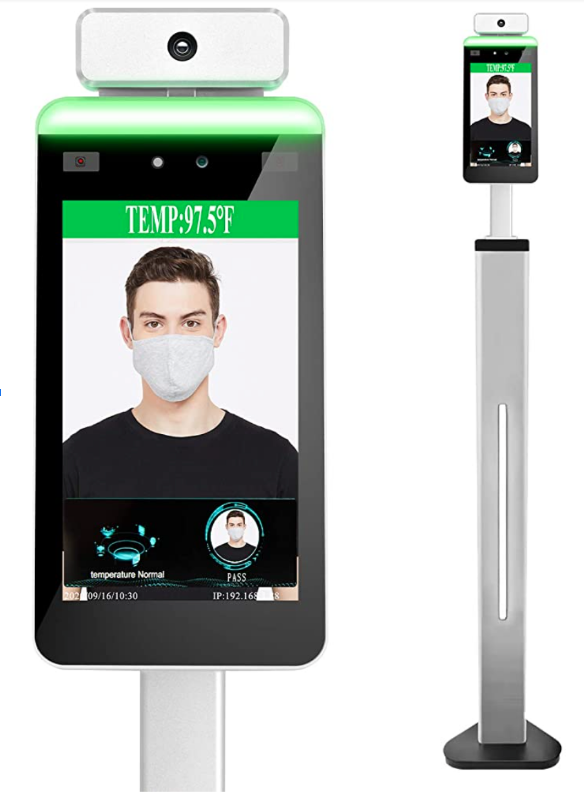 These machines can be bought on Amazon right now: 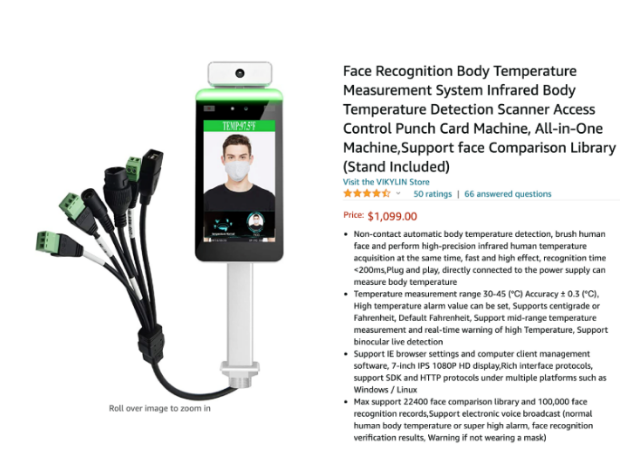 In the “new normal” fascist America, this is not the government trampling on your freedom, but major corporate chains (working in cahoots with the FEDs naturally), hence they can do anything to you, because it’s their right as a private business, as we learned from libertarians.

You may think that they can already track your every movement through the sensors/spyware embedded into your smartphone. That’s kind of true, but we used to have a few laws in the books about privacy/data and stuff like that, or at least we used to have before January 6th.

However, the point is that in the new normal you will have to voluntarily submit to this satanic system. That’s a big thing in the minds of the transnational ruling cabal lording over the goyim, something akin to the vampire myth, more precisely the fact that you have to invite the vampire to enter your home, i.e. he can’t do it if not invited.

In the near future, we will face more severe new restrictions on personal freedom being presented as an “ease of lockdown rules.”

“Yes, you need to show your vaccination passport or log into this app in order to visit shops and enter some venues, but you weren’t allowed to do that at all before!”

See also  How People Around the World Feel About Their Economic Prospects
See also  Greece: People above 60 in the southern European country face fines of up to 100 euros a month if they refuse COVID jabs.

And this will work, because people don’t seem to be very angry about the fact they were much freer before March 2020. Here’s something else to cook your noodle:

The mask of the future.

Submit your solution to the world's most pressing challenges, on UpLink: t.co/w1KkdJSWsW @WEFUpLink #GTGS21 pic.twitter.com/dBKNUfflZE

Our good friends at WEF released a new ad last week for a smart mask, which reminds you to put it on and tells you when you are not breathing enough.

What do you think this means?

In my view, this is a clear indication that there’s no plan to stop “pandemic” measures, such as masks, social distancing, vaccinations with mysterious gene-altering substances and so on and so forth.

That is to say: you cannot wake up from this. 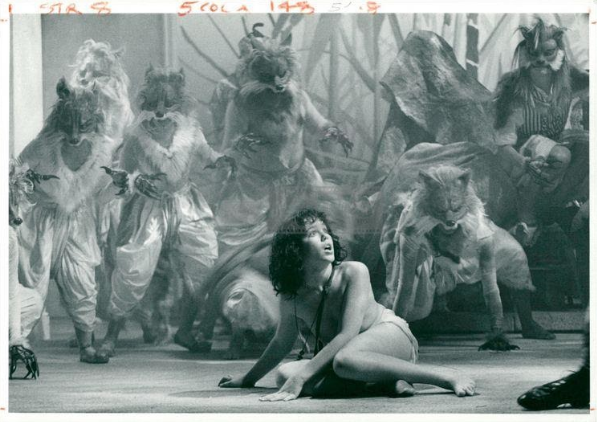 This entire process, from the beginning, has been about telling people “it will be over soon.” At this point, we are increasingly seeing these people admit that it won’t ever be over.

Wearing masks outside and inside cause total alienation and fear among the population, which in turn makes them significantly more likely to blindly follow authority. Being around strangers with masks on is actually more alienating than being at home alone.

The biggest thing that is never going away, ever, is the masks.