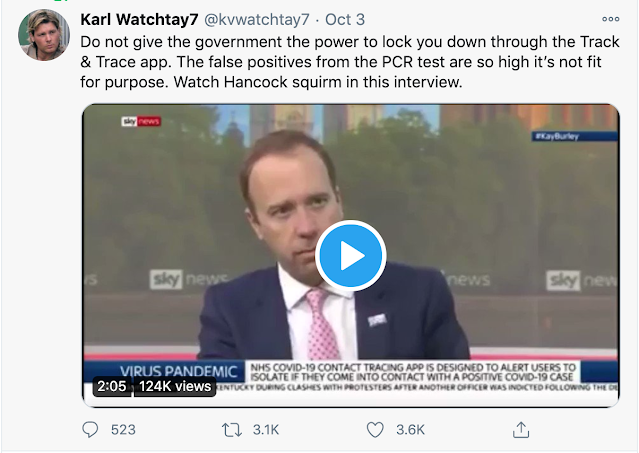 twitter.com/kvwatchtay7/status/1312347409280716801
In a Sky News interview, Matt Hancock shows he is completely clueless about the PCR test and the massively high false positive rate, which all of the UK government’s Covid policies and restrictions are supposedly based on.
Matt Hancock has the intellectual capacity of a brain damaged newt but is less convincing.
It’s not difficult to work out that a test which has a 1% or more false positive rate will give rise to a huge proportion of false positives when viral prevalence is around 0.1% of the population.
The UK is currently around 0.1% prevalence or around 67,000 of the UK’s 67 million population has Covid. Many of them, around 80%, will be asymptomatic and non transmissable because they have insufficient viral load.
Running 250,000 daily PCR tests, as the UK is currently doing, on a 0.1% infected population should give rise to around 250 positive tests if the tests were accurate.
The UK is currently reporting around 9,000 positive tests per day.
250/9,000 is just below 3%.
I.E. a 97% false positive rate.
By sheer coincidence a recent French study has reported that 35 PCR amplification cycles give a false positive rate of 97%. 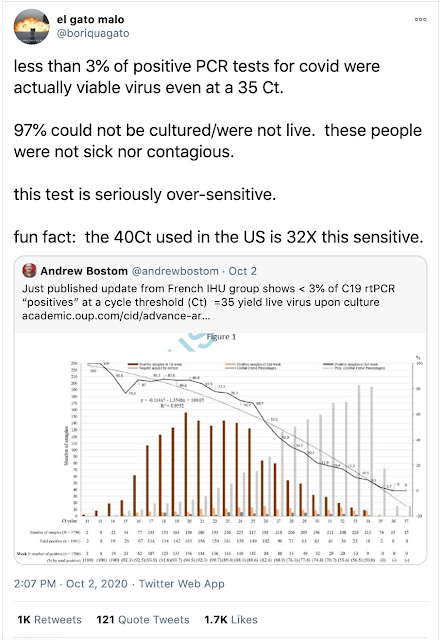 twitter.com/boriquagato/status/1312016471372042246
The UK is running PCR tests at 45 amplification cycles, so the false positives will be much higher than 97%.
Hancock also recently claimed that the UK recently conducted a clinical trial that showed Vitamin D had no effect on Covid outcomes.
This is a brazen lie:
No UK clinical studies have been carried out on the effect of Vitamin D levels and Covid.
All the scientific evidence is that having sufficient Vitamin D dramatically lowers the risk of becoming seriously ill or dying from Covid and other flu like viral respiratory diseases.
Recent studies have shown you are 10 times more likely to die of Covid if you have insufficient Vitamin D.
Many people in the UK have insufficient Vitamin D below 34 ng/ml and this will get worse over the winter with the lack of strong sunshine. 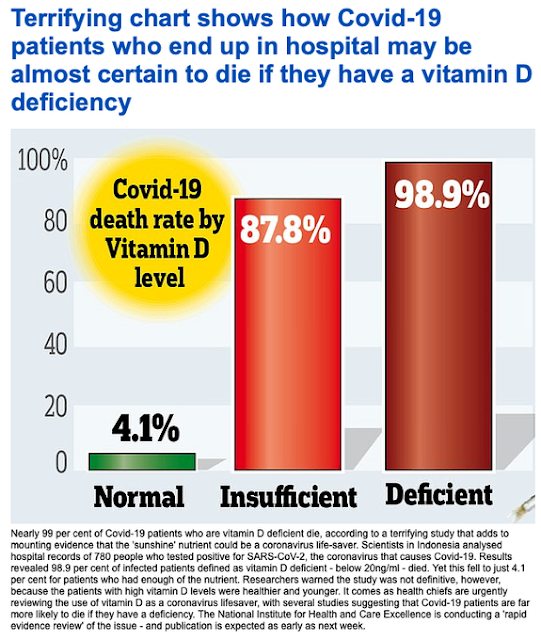 “Just Following Orders” was no defence at Nuremberg.

Hancock needs to be prosecuted for Corruption, Gross Criminal Negligence, Medical Malpractice, Crimes Against Humanity, and Conspiracy to Mass Murder tens or hundreds of thousands of Brits.
He should spend the rest of his life in jail without parole.
Whitty and Vallance should also be spending the rest of their lives in jail for the same offences. They actually know about the over 90% False Positive Rate of the PCR tests and are deliberately misleading / lying to the public about it, to push the mass vaccination agenda. 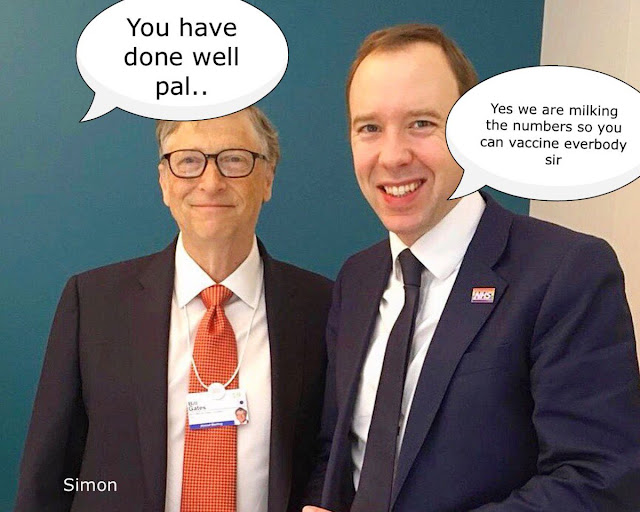