On Monday, as cable news talking heads tried to outdo each other voiding outrage over President Trump’s press conference with Russian leader Vladimir Putin in Helsinki, one stood above the rest.

During an appearance on “All in With Chris Hayes” guest-hosted by Ali Velshi, MSNBC contributor Jill Wine-Banks offered some analysis of the situation which managed to shoehorn in comparisons to 9/11, the Cuban Missile Crisis, the Japanese attack on Pearl Harbor and Kristallnacht.

“We were burglarized this time by foreign agents,” said Wine-Banks, a former Watergate prosecutor, speaking of the 2016 Russian hacking campaign. “It’s just as serious to me as the Cuban Missile Crisis in terms of an attack or the 9/11 attack. The president is taking the side of the people who attacked us.” 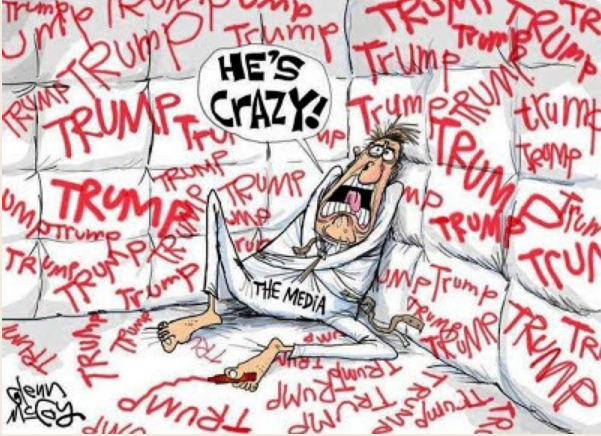 Jacobus, a long-time Never Trumper, who is probably most famous for losing her bizarre $4 million lawsuit against President Trump after he called her a “real dummy” on Twitter, had no problem saying much worse things about Caputo’s young daughters.