1972 until 2018. Private corps took over healthcare, Housing & Student Debt Up,up,up! Incomes &savings not so much. I thought capitalism was supposed to make prices go down? 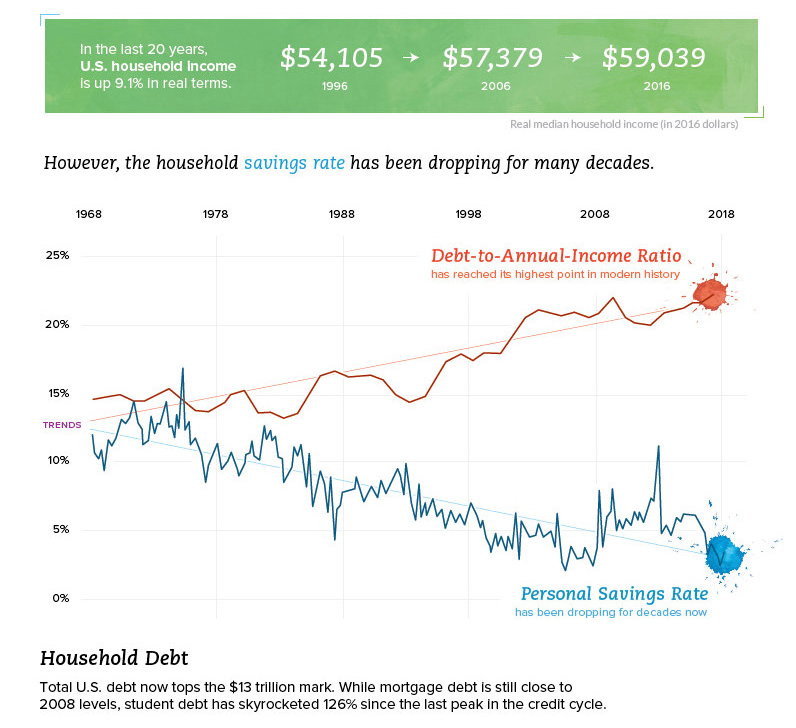 I mean Venezuela might have terrible economic problems but how much of a win is it when we are so many trillions in debt plus most are dwindling McJobs with crap to zero benefits and suicide rates have skyrocketed in all states except Nevada (Up 1%).