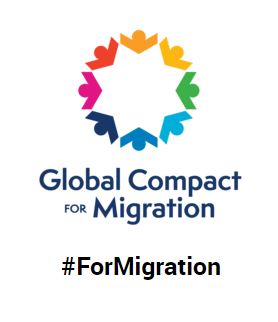 Austria and Hungary have now joined Trump in backing out the United Nations migration deal. The UN’s Global Compact for Safety, Orderly and Regular Migration, which is not actually legally binding on any country lacking jurisdiction or power in the UN over the entire world. This deal was finalized and it is widely seen as pro-migration and unrealistic. The greatest problem with this proposal is that the industrialized nations of Europe and America are in fact SOCIALIST states so migrants get benefits for coming that they would not get at home. The problem is that when mass-migration took place from Europe to America in the 19th century and the first near 50% of the 20th century, that migration was to freedom economically and the opportunity to work. The migration into Europe is by no means of the same quality. They go there with no prospect of employment, understanding or speaking the language, and live far better on state welfare that would possibly have at home. The incentives are completely reversed.

Trump pulled out of that deal and no both Austria and Hungary have joined as they are inundated with migrants who just have their hand out and drain the economy rather than adding to it. The UN’s Global Compact for Safety, Orderly and Regular Migration, is simply unrealistic and fails completely to understand that there is a huge difference between subsidized migration and migration for an opportunity. In the USA, Trump carried Florida with the legal Mexicans voting for Trump because they had to prove they could speak the language and had skills. The same took place in Britain where the Indians voted for BREXIT for most who migrated to Britain also had to have a skill set which was most commonly in the field of medicine. Those in power do not understand that those who learned skills to migrate are now upset at this idea of just opening up the doors under the welfare model. It undermines what they had to go through to make it to a new homeland.