Americans increased their borrowing in April at the slowest pace in seven months, dragged by a big slowdown in the category that covers auto and student loans.

Consumer debt rose $9.3 billion in April after a gain of $12.3 billion in March, the Federal Reserve reported Thursday. It was the smallest monthly increase since a rise of $8.6 billion in September.

Consumer borrowing trends are closely monitored for clues they can provide about the willingness of consumers to borrow more to support their spending. Consumer spending accounts for 70 percent of economic activity.

Consumer Credit measures the change in the total value of outstanding consumer credit that requires installment payments. It is closely correlated with consumer spending and confidence. The figure can be volatile as it often subject to sizable revisions. 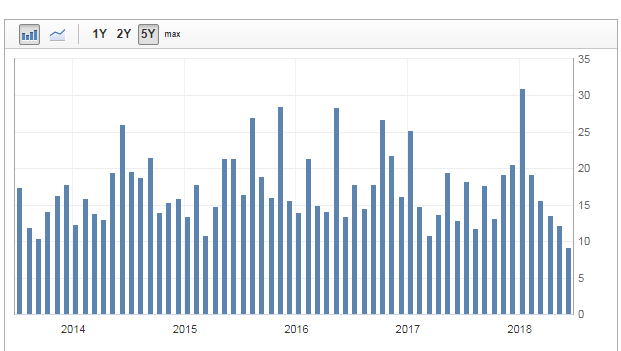